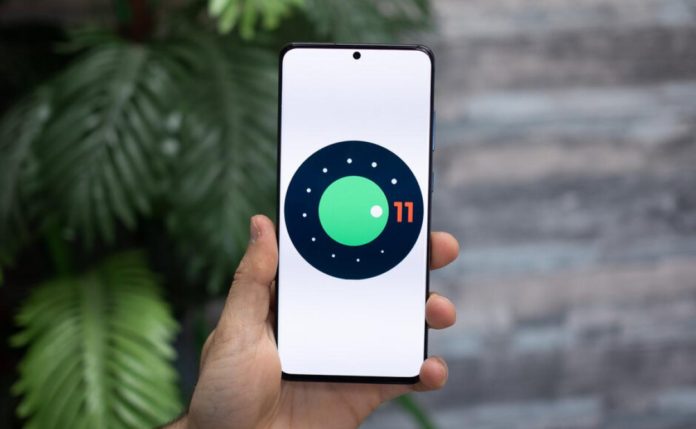 All Android 11 Features You MUST Know (Includes Hidden Ones)

Today, Google officially released Android 11 R. The features and functions brought by the new Android OS are really appreciable. I believe that for the first time, Google has done the most change in the underlying system files and designing which has been revealed from the source code. What are these Android 11 features and changes, let’s find out:

Best Android 11 Features That Are A MUST To Know

1) No More Bricking with No Recovery mode

If you love to flash different ROMs to your Android device then you must be familiar with the Android’s recovery mode. Whether it is the official upgrade ROM of the manufacturer or a third-party ROM, it usually needs to be done through Recovery.  In the Android device, there is also a special partition to store recovery. However, there won’t be any in Android 11. 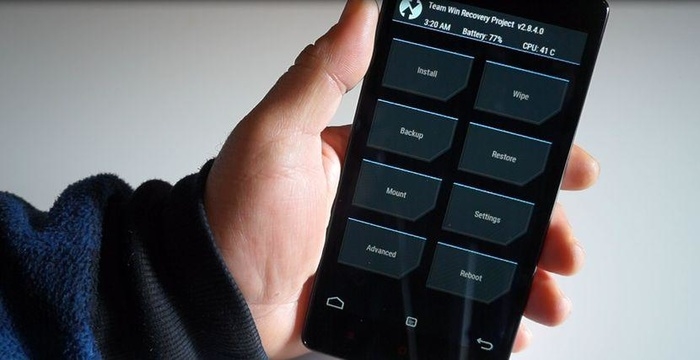 In a traditional recovery mode method, if the data written to the system partition is incorrect, the phone might not be able to start the OS. This is what we call bricking and it can even happen during official ROM flashing. So, how to avoid it? The solution is the A/B partition mechanism, and many Android devices no longer need the recovery mode for the upgrade because of this method.

In the A/B partition method, when a device is needed to be upgraded, the system will create two partitions/slots named A and B. One contains the old boot and system, and the other one contains the new boot and system. So, if the new upgrade is successful, it will continue to run from the new partition. If not, then we have the old partition as the backup.

A phone with Android 11 pre-installed at the factory has canceled the recovery partition and changed the A/B partition mechanism to a certain extent. When Android 11 needs to upgrade the system, it will compare and verify the data of the new system with the current system data, and write the different part to another partition instead of the system partition.

This new mechanism of Android 11 not only has the reliability advantages of A/B partition but also does not need to occupy a lot of extra space like A/B partition.

What About Flashing ROM?

The only disadvantage of this is that since there’s no recovery mode, we might not be able to flash a third-party or any official ROM at all. I think we will have to find another way to do that. 🙁

We know that Google is trying hard to solve the system fragmentation. For this, Google came up with Project Treble.

What is Project Treble?

Introduced in Android 8.0, this project separates the system (Android OS framework) from the hardware driver (Vendor implementation). After that, manufacturers can push new versions of Android separately for devices. 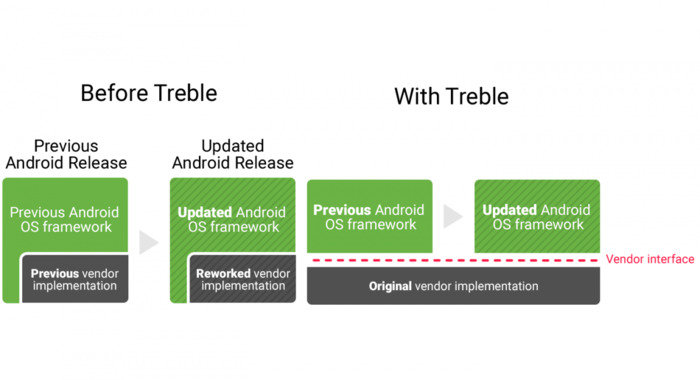 What is Project Mainline?

Project Treble greatly simplifies the Android system upgrade process, but it is not enough. In Android 10, Google launched Project Mainline to further subdivide and modularize the system.

In Android 10, 14 system components are Mainlined. System components such as media decoders, permission controllers, and network components can all be updated through the app store just like ordinary apps. Yes, this is where the idea of an updateable GPU of Snapdragon 865 started.

In Android 11, Google has further subdivided Android components. Now, Android has as many as 20 component modules, and Android system maintenance will become more flexible than ever.

Not only that, but Google will also implement the restructuring into the system kernel , and Android’s Linux system kernel upgrade will become more flexible.

Due to the cumbersome steps, once the current Android device leaves the factory, the Linux kernel rarely changes. Even for Google’s Pixel devices, the kernel is still only the older Linux 4.14.

In Android 11, this scenario has changed. Google modified the system kernel in a modular manner, and the kernel was divided into Generic Kernel Image (GKI) and other GKI modules.

If you want to upgrade the Linux version, Google can push GKI directly to the Android device, and the phone can directly upgrade the GKI. There is no need to go through those 3 steps from the SoC manufacturer to the device manufacturer. 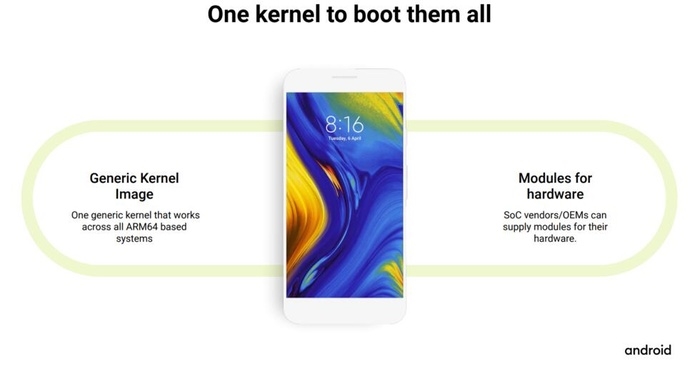 Starting from Android 11, the kernel has been modularized, and a GKI kernel can be used universally on a large number of Android phones on the market

This Android 11 feature is mandatory for devices with a higher kernel version than Linux 5.4.

It can be said that if the factory kernel version of Android 11 devices is Linux 5.4 or higher, then it may be the easiest Android to upgrade in history.

4) No More Unknown Files and Folders in SD card

Another one of those Android 11 features is that the new  Android 11 doesn’t allow applications to create directories and files on the SD card storage , and apps can only write data to private folders in specific directories.

What’s the advantage? If you are using Android OS for a long time you might have seen random folders and files created automatically in your MicroSD storage. With this feature, we will experience clutter-free phone storage and SD card with only the default folders present.

In the previous Android versions, this wasn’t mandatory but it is now. At present, some apps have begun to prepare for this. For example, the new version of QQ (Chinese social app) has changed the storage directory:

Previously, screen recorders were only limited to custom UIs and third-party apps. However, in Android 11 that’s not the case anymore. Android 11 comes with a default screen recorder which can be interacted straight from the shortcut buttons in quick settings tiles. At the moment, it’s at a very basic level. For a fully-featured one, you can stick with the third-party ones available on the play store.

This actually started in Android 10 beta, however, after the release of the stable version this feature was removed. What is this feature anyway? If you have been using Facebook Messenger, you might have known the bubble which keeps appearing even when you have closed the app, for quick interaction and replying. This is not limited to Messenger only in Android 11. 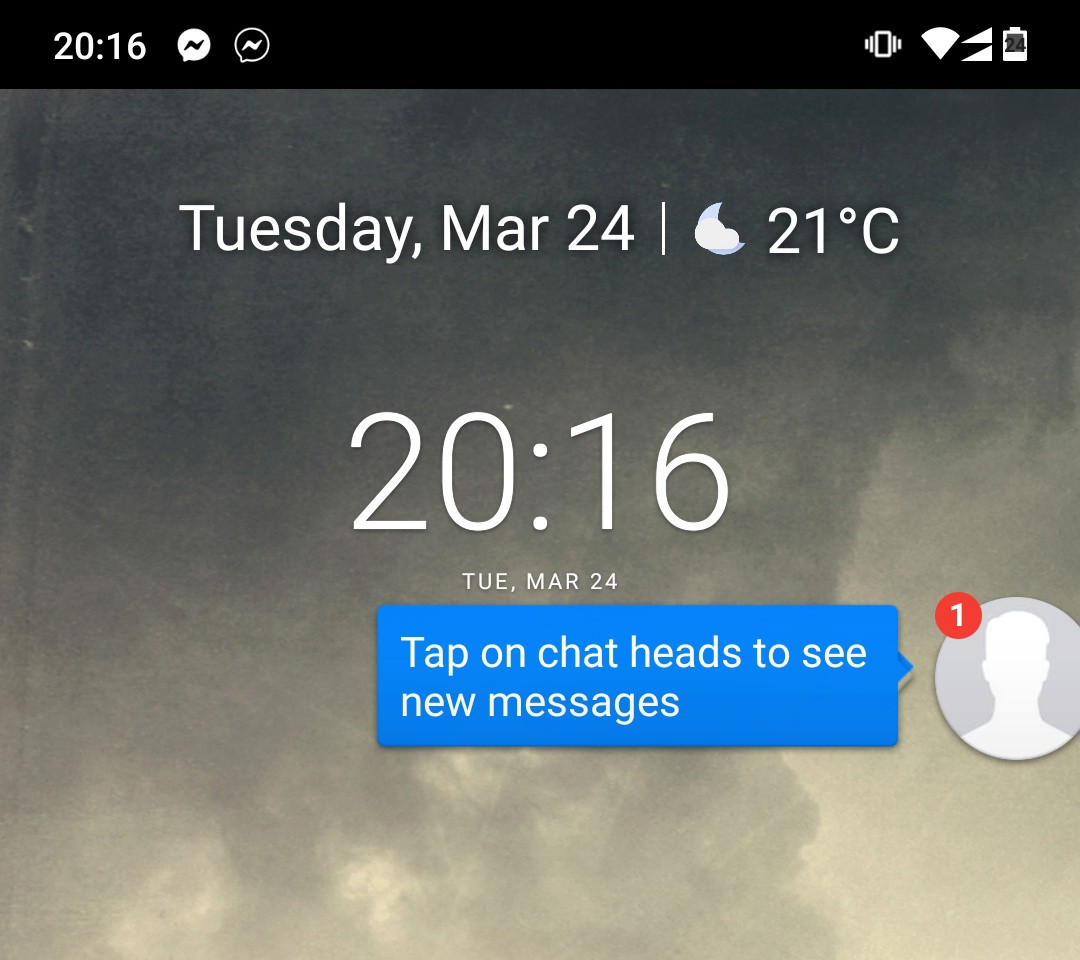 One of the Android 11 features is to activate chat bubbles for every social app including Instagram, Telegram, Twitter, and so on. No need to open the app again and click the user to chat again. You can just do it by touching the bubble and start a conversation directly. Of course, you can disable that in the settings for certain apps.

Okay, we might have this in MIUI 12 but not in the native Android OS. Android 11 brings a separate smart home devices control section consisting of three main buttons (Emergency, Power off, and restart), along with a Google Pay section, and lastly the buttons of home devices detected by the phone. 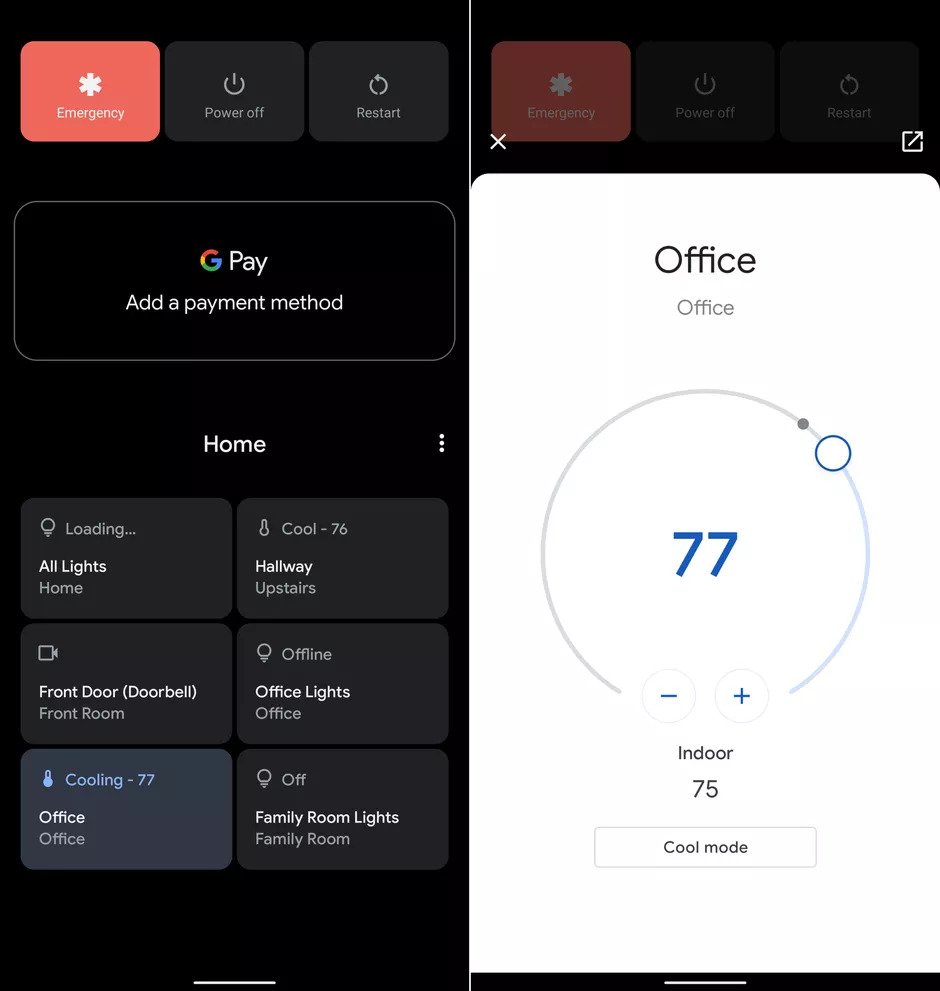 With this, you don’t even need to open a third-party app anymore to control the devices. However, one thing which isn’t cleared is whether this Android 11 feature is available for universally every smart home devices or only limited to Google smart home products. We will find that soon.

Android 10 finally added the global dark theme option. Android 11 further improves it by adding a timer to it. To be more specific, we have three options now: 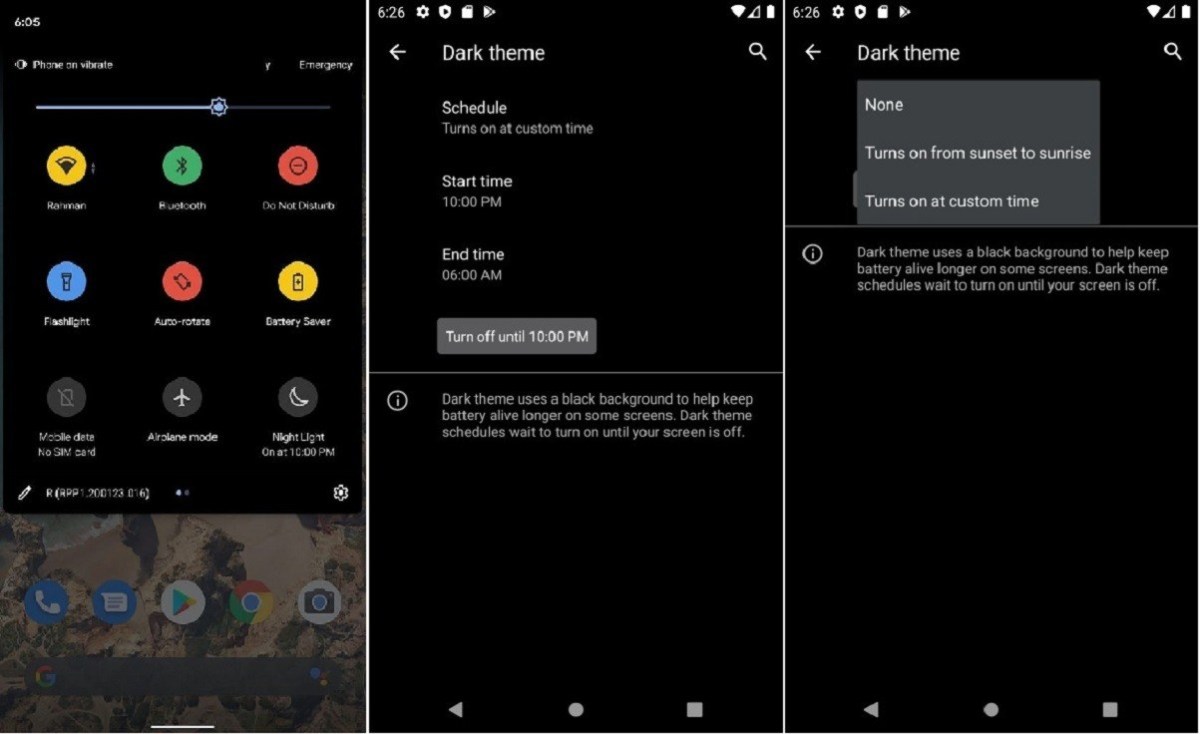 It’s somewhat similar to the scheduled blue light filter we use in Android 10. One of the worthy Android 11 features to mention.

Surely, we have the all-time permission available but it’s optional and limited to a very few apps now. The One-Time Permissions will further improve Android security and prevent apps from collecting information secretly. 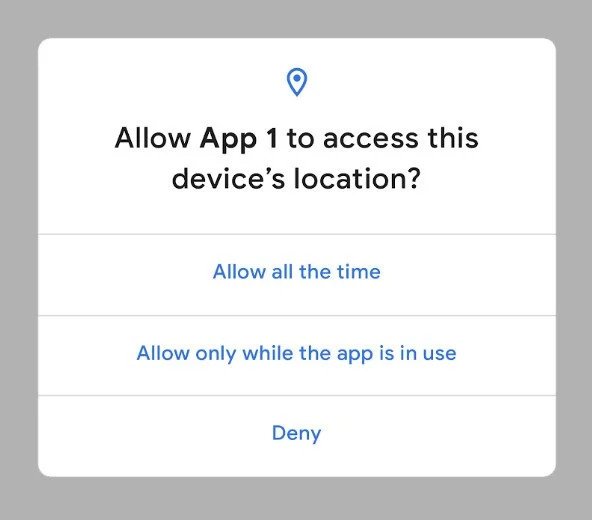 Another of those Android 11 features is the Auto-reset feature. This means that if you haven’t used an app for a while, Android will simply revoke permissions for that app. Next time when you open the app, you will have to give those permissions again. I know it could be annoying sometimes but I would prioritize security over giving a few seconds for the permission. 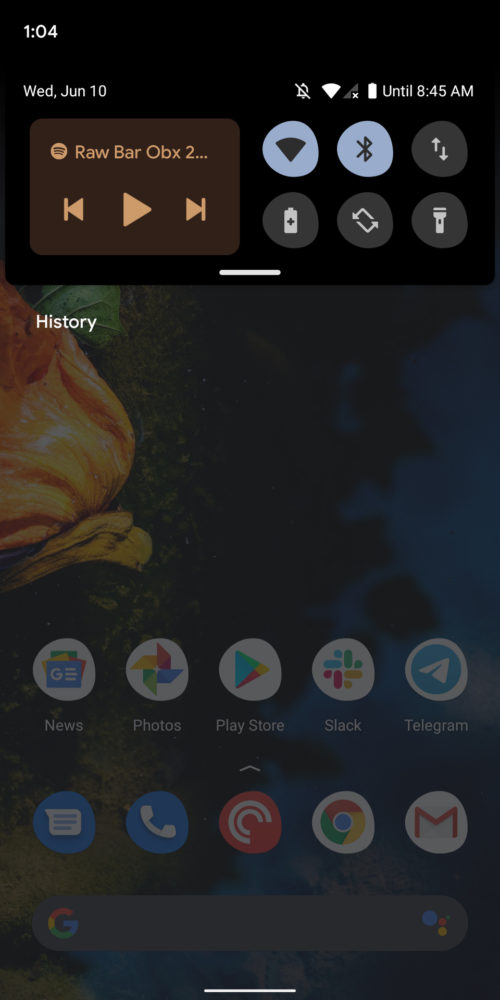 How does the new media player controller look? When you first swipe the notification bar, the media player will be in a compact form showing the app logo, basic controls, and name. If you expand, it will show the progress bar along with some more controls, app, artist cover, and media source.

This can’t be real. Right? Of course, it is. Previously, we had to rely on the manufacturer’s custom ROM and security patches updates served only via their own custom updater app. This was really annoying because most people were not able to receive timely updates because of their region or phone model. However, this will be history as Android 11 updates will be directly served from the Play Store app bypassing OEMs ROMs. 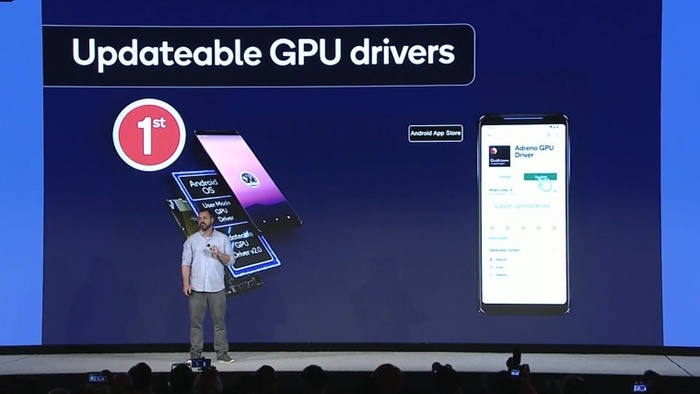 Surely, we still can’t get the latest Android or security patch via this method but at least, if an update comes we all be getting it at the same time.

Xiaomi, Samsung, and OnePlus users who have the latest UI in their phones might know this as an AI app suggestions that have a separate section on the top of the app drawer. Well, now it’s available in Android 11, or to be specific in Pixel devices only, but it’s at the bottom. I don’t even care since this was already introduced a year back in Custom UIs and even if the native one is limited to Pixel devices, other flagships and mid-end phones still got it. 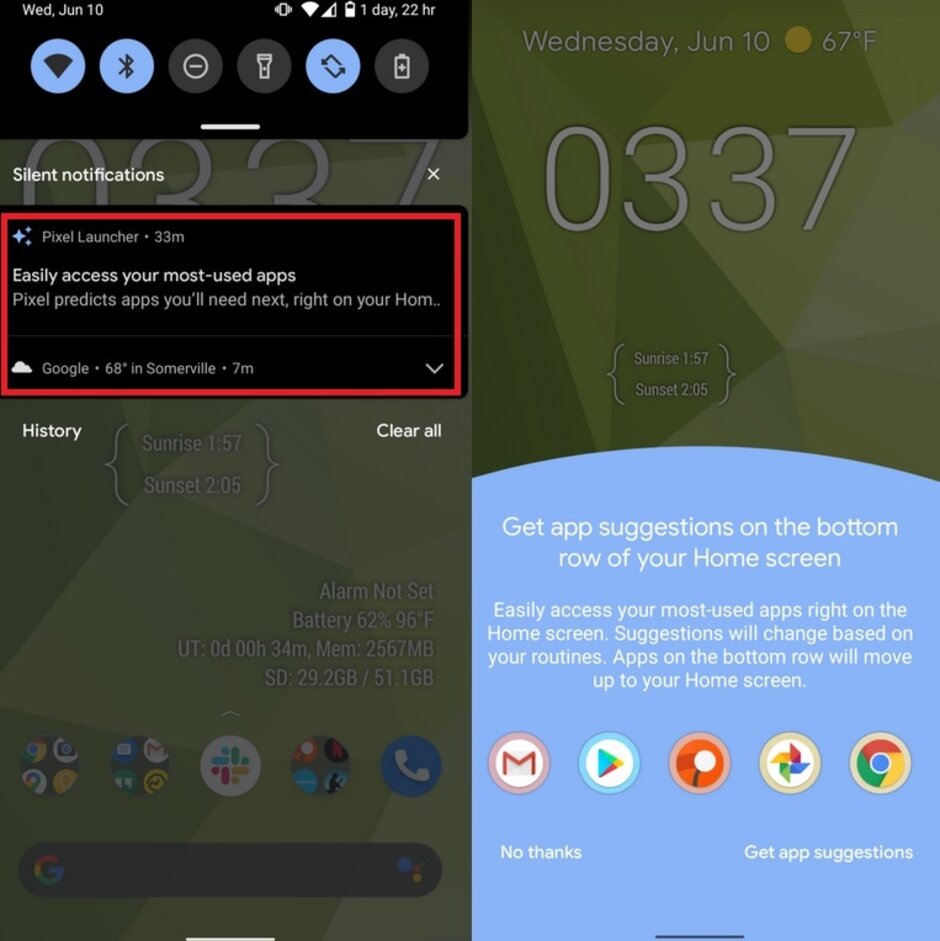 Similar to the notification bar, the share section of Android has always been a mess. Users with too many social apps may remember this. However, to solve this, Android 11 comes with a custom share page/sheet which has the option to add apps of your choice which you use for sharing. Simply you will be saving time by arranging only specific apps and ordering them in the most frequently used manner. 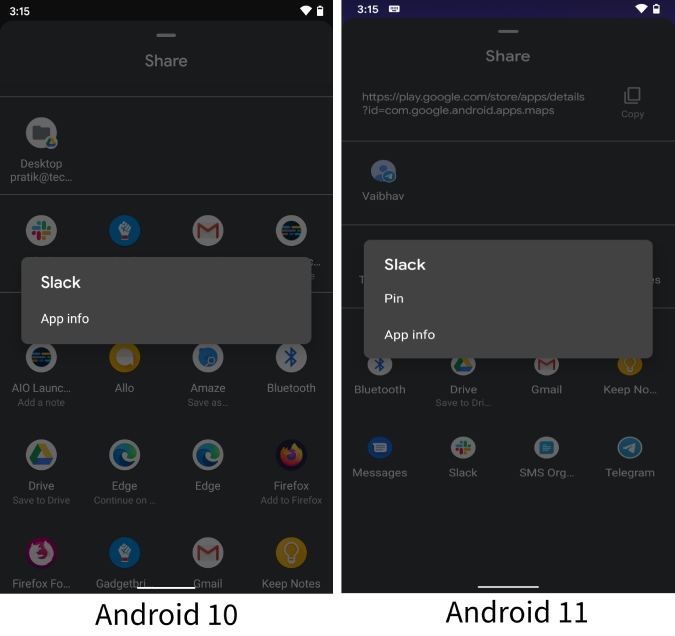 16) Android Auto Is Not Limited to Pixels Phones Anymore

Google introduced Android Auto in Android 10 (a new way to connect phones with cars) which was limited to specific phones or in other words to Pixel devices only. However, in Android 11, Android Auto is universal. This means that every phone using Android 11 OS can use Android Auto. However, we might be experiencing some limitations in old cars, but not in the new ones. 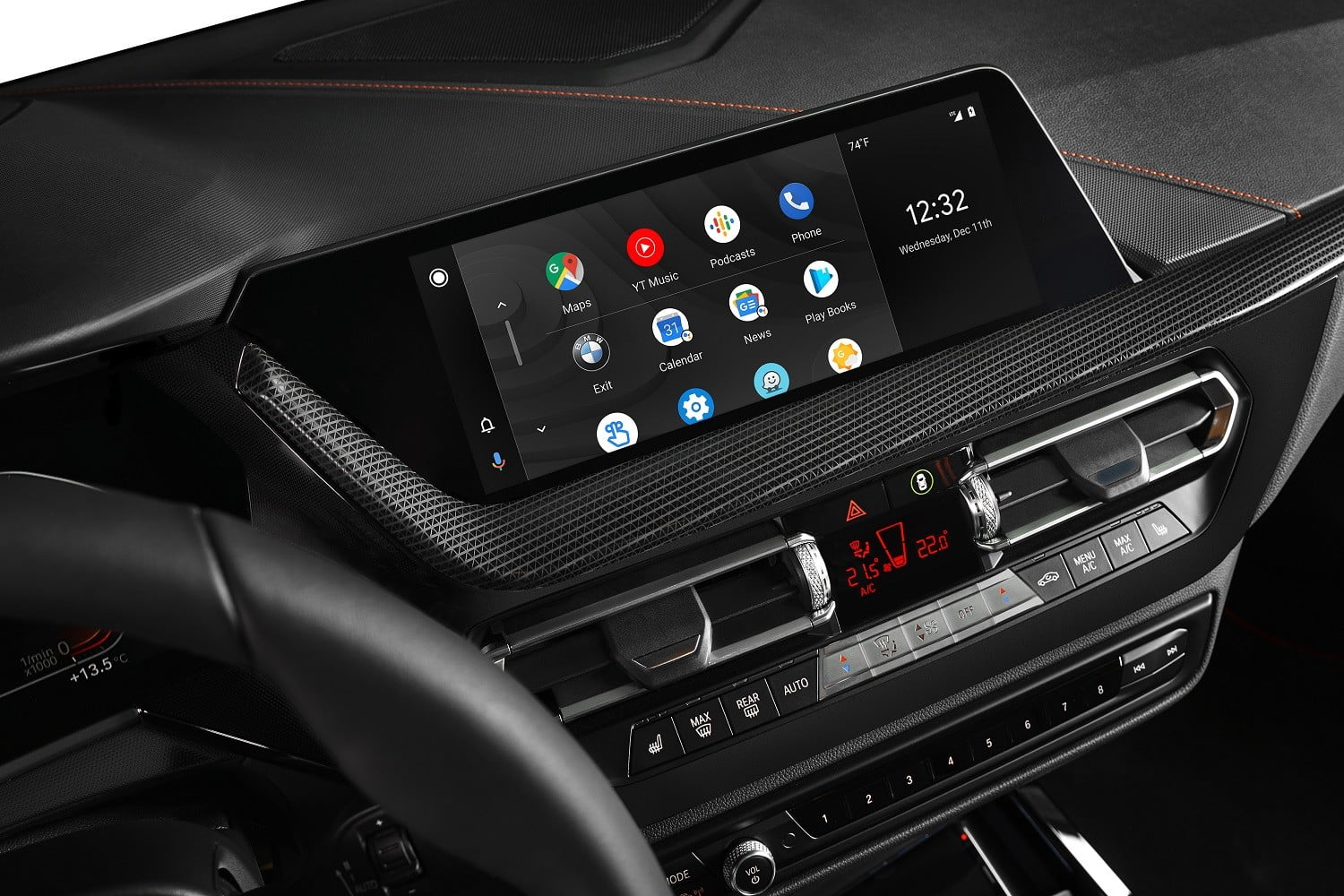 There’s no doubt that Google Assistant and the remote voice control is the future technology that has started implementing from Android 10. The new Android 11 makes it much more practical. Practical in this sense that voice control has become more context-aware. For example, if on Android you had to say ‘Tap 4’ to open Twitter and compose a tweet, in Android 11 it’s more logical as you say ‘Open Twitter and compose tweet’. This will surely help the users with phone impairments. 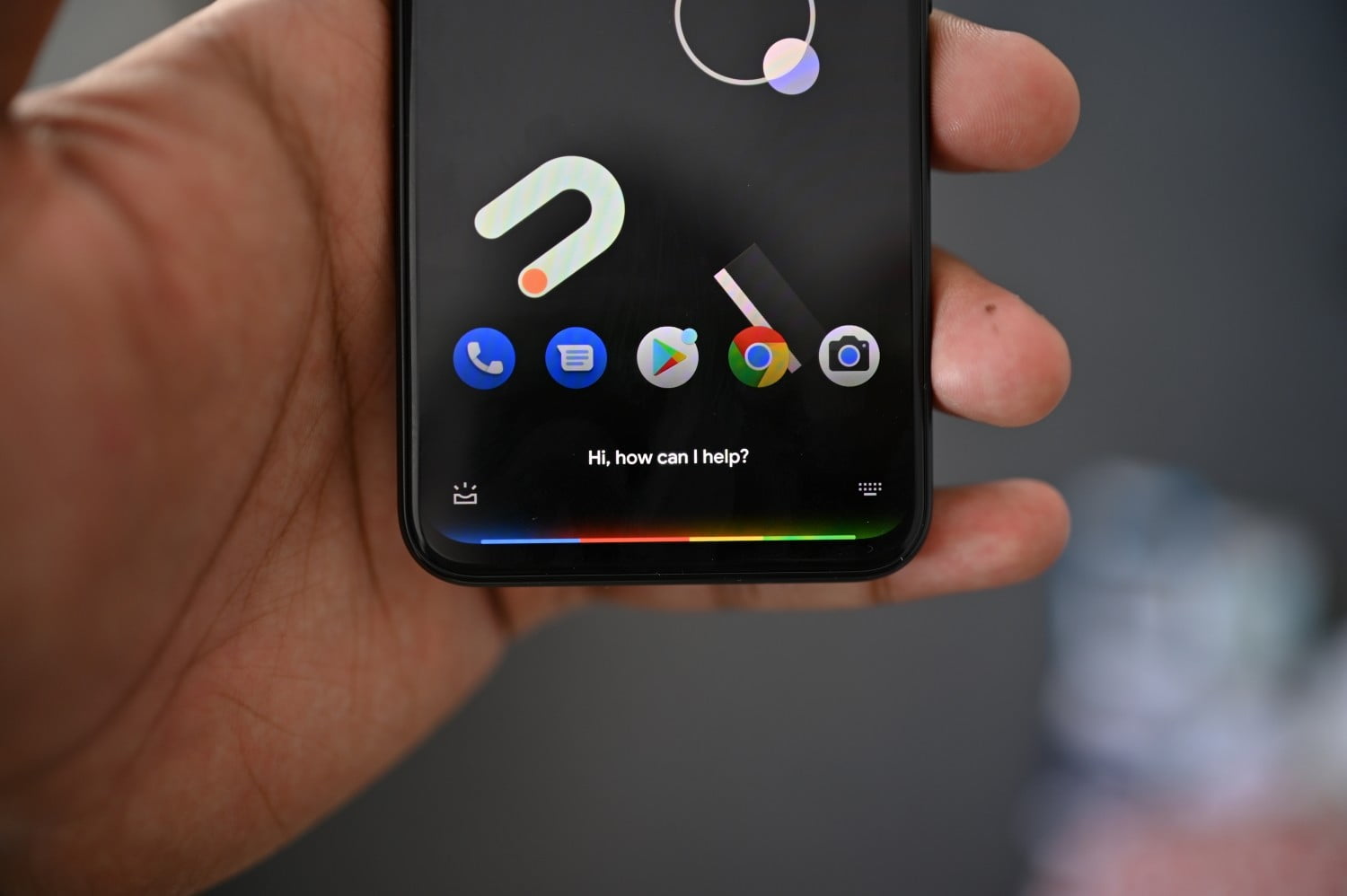 If you have been provided a phone by your company, it might be running the Android Enterprise program. This allows the company to monitor your phone usage and increases the risk of your privacy being exposed. One of Android 11 features is that it provides two profiles:

When you are on a personal profile, your company won’t be able to track smartphone usage. When you are working simply switch to the work profile. At least, with this around, you won’t have to get a second phone for your private use.

Plenty of changes have occurred and numerous new Android 11 features have been introduced. To sum this up, here’s the summary of the changes and features:

I hope you loved these Android 11 features. I’ll have to ask this. What features did you want in Android 11? Let’s talk in the comment section.

You can also test the Android 11 beta version on these smartphone manufacturers: