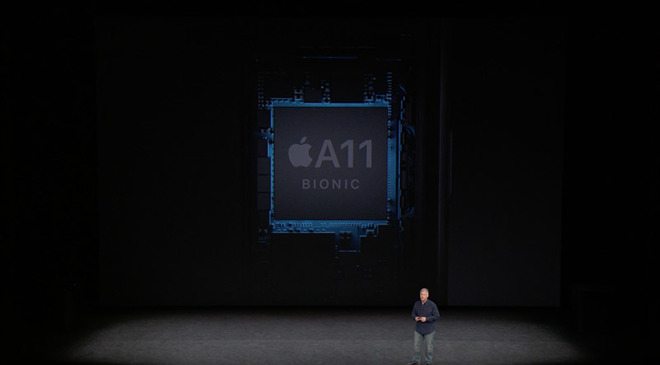 First of all, speaking about the configuration of the SoC, A11 is a processor based on a 64-bit, hexacore design with a maximum frequency of 2.45GHz. It consists of two high-performance cores and four low-power cores.

In comparison with the previous A10 Fusion SoC, the high-performance cores are 25% faster. Meanwhile, the four low-power cores are 70% faster than those of A10 Fusion SoC. When working together at the same time, all the six cores generate up to 70% greater performance for multithreaded workloads.

AnTuTu official announced the benchmark result and A11 SoC scored an amazing 226058 points. 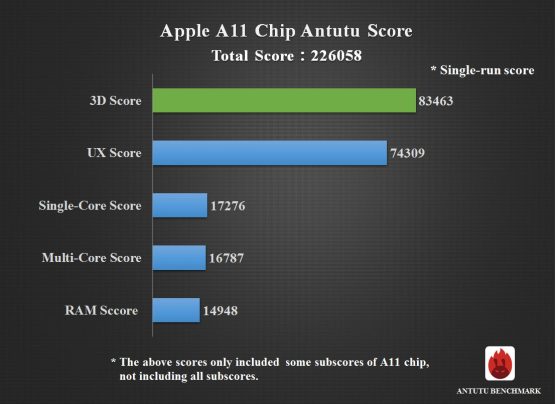 Once again Apple defeats all the Android smartphones which are a shame for ARM CPUs. Apple continues to make great improvements in new generation A series and crosses limits but ARM never gets some great improvements in the SoC lineup and continues to disappoint. Unlike Geekbench, AnTuTu score didn’t have an overwhelming gap but still a significant, which is 25% better performance than OnePlus 5. 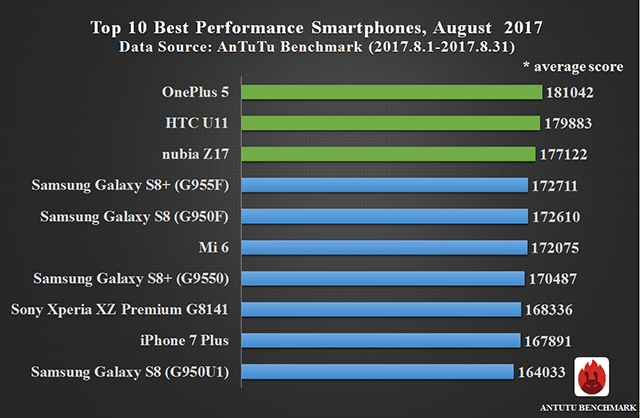 The Android phone which was on the top was OnePlus 5 with a score 181507 points, but now Apple dethrones it. The previous descendent ‘iPhone 7’ is still in the top 10 with 164016 points despite being released a year ago.

Let’s hope Android SoC manufacturers break the trend and beat A11 performance before a year. The only high-end SoC left is Kirin 970 to release this October in Huawei Mate 10. But it seems impossible for Kirin to beat Apple A1. All hopes are now on Kirin 970.