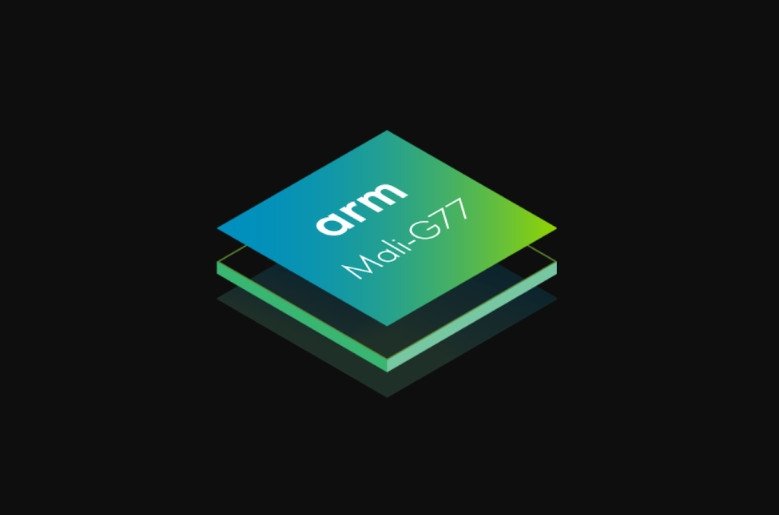 At the same time as the Cortex-A77 was announced, ARM also introduced a new generation of Mali-G77 GPUs with a new architecture, Valhall. For 3 years, from the Mali-G71 to the Mali-G76, the Bifrost architecture was adopted, and the structural upgrade is quite imperative.

In fact, ARM Mali’s performance has been unsatisfactory compared to Qualcomm’s Adreno GPU for a couple of years. From 2016, the first Mali-G71 based on the Bifrost architecture announced that it would increase the performance in the Kirin 960 and Exynos 8895 SoCs.

However, in terms of the final results, the Mali-G71 and the next-generation Mali-G72 weren’t that impressive and Adreno GPU won the battle. That is why after the launch of G76 in Kirin 980, Huawei also launched a self-developed GPU Turbo technology to make up for the GPU down point.

Hopefully, the new Mali-G77 will make up for it. To be clear, the newly released Mali-G77 GPU adopts the new Valhall architecture design, which brings a new ISA bus and computing core design to make up for the main shortcomings of the Bifrost architecture. 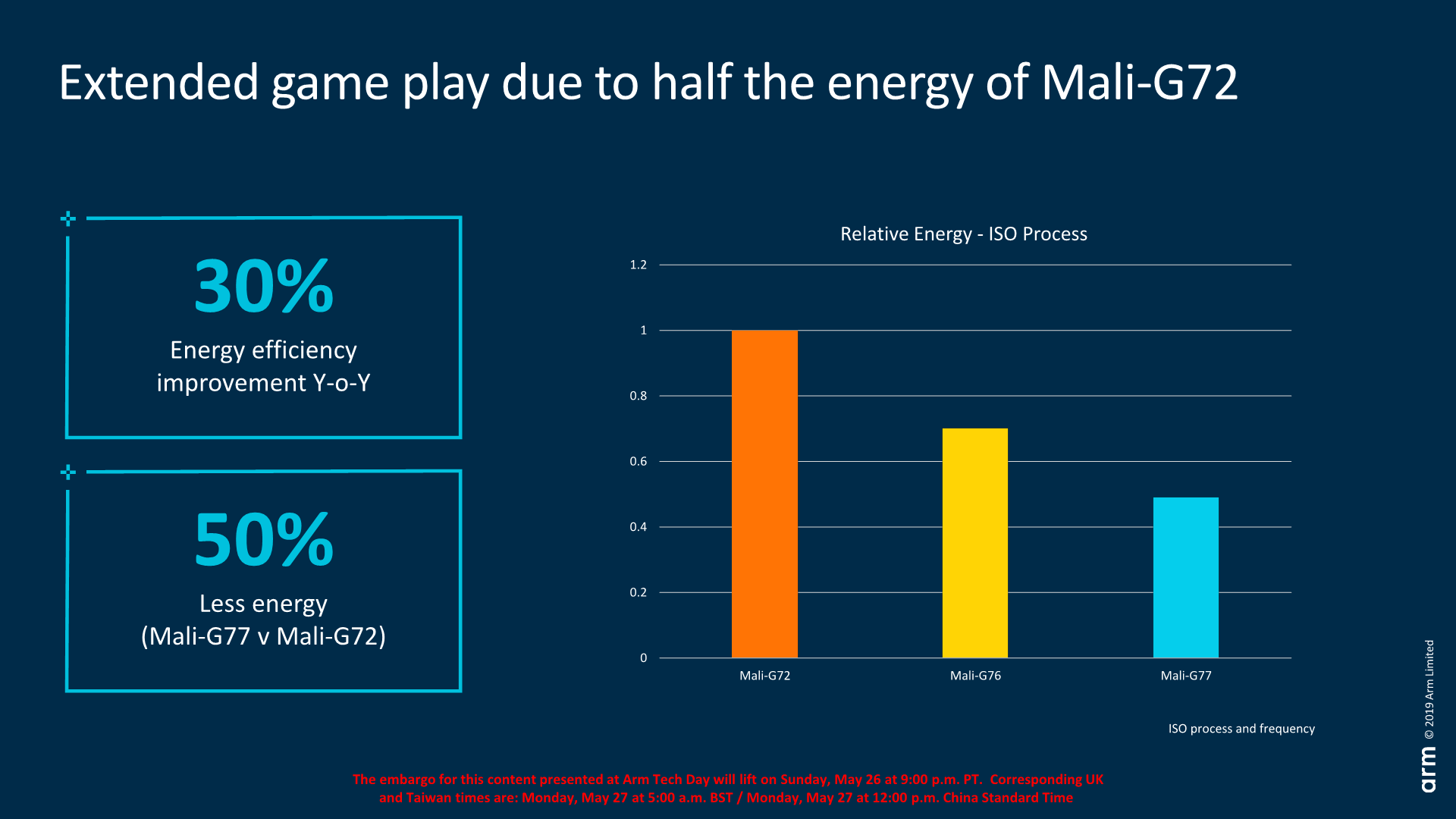 ARM officially claims that the Mali-G77 has 30% better performance, 30% performance improvement and 60% machine learning performance than Mali-G76. The Performance per mm2 is expected to increase by 1.4 times compared to Cortex-A76. With the same process and the same performance, the new G77 continues to achieve 30% year-on-year energy efficiency improvements and 50% less power than the Mali-G72. 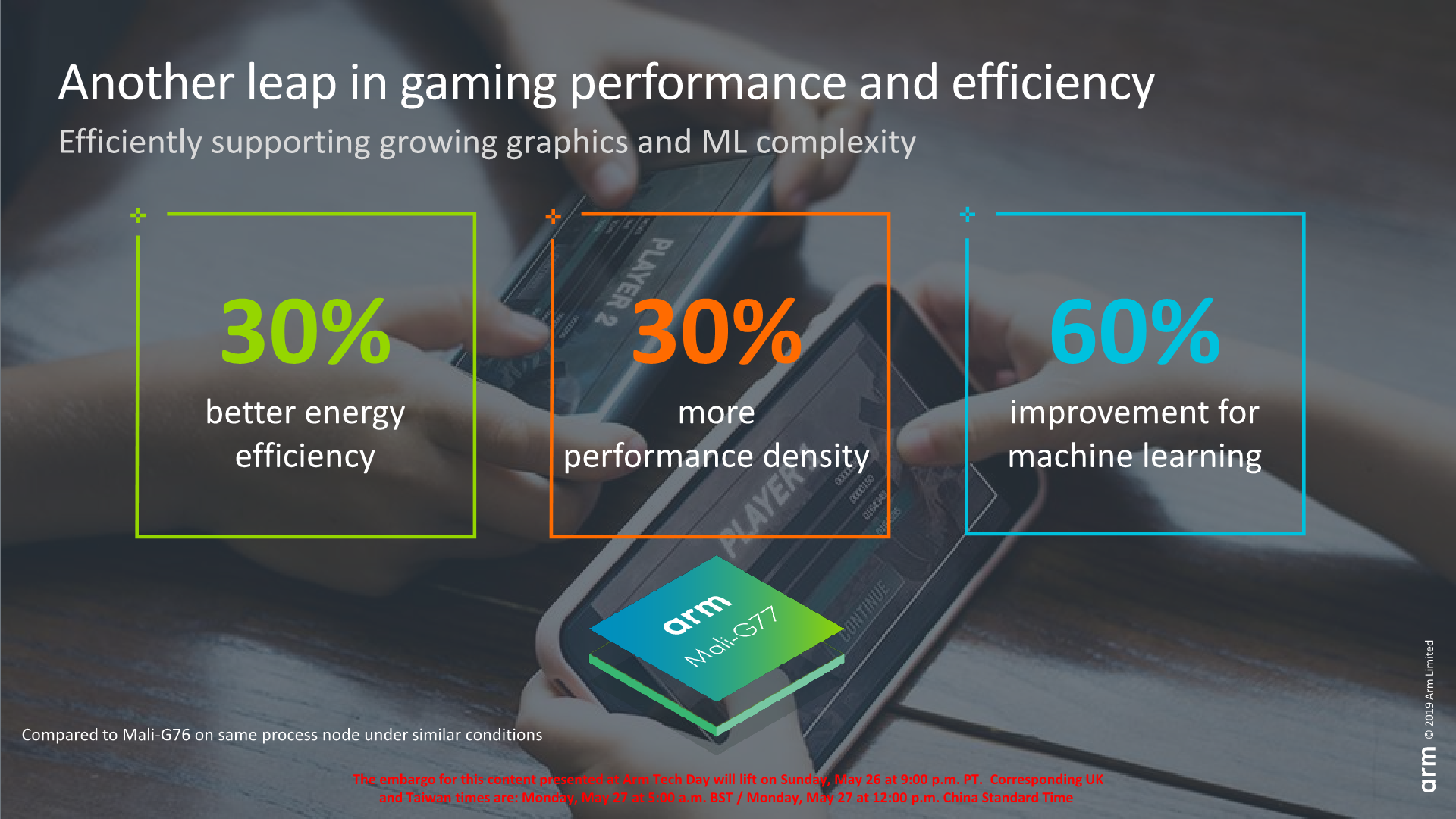 Summarizing this, the new architecture of the Mali-G77 GPU will be able to follow the current top mobile GPU level in terms of performance. However, at the time of its integration in products, the next generation GPU of other competing products (Adreno, Apple) will also be available, so the future of Mali is still not optimistic. What you do think?