Edifier TWS NB2 vs AirPods Pro – All The Differences You Need To Know!

Before we talk about the way these two pairs of wireless headphones work, let’s talk a bit about the most notable thing, their design. At first glance, we can see that these two are very similar since both have the very useful and popular partially in-ear design, which gives them the opportunity to position themselves in a great way inside the ear, avoiding so there are so many problems when the user is on the move.

Likewise, these wireless headphones are ergonomic and very light, in addition to being adaptable to any size of the ear since they have sport rubbers of three different dimensions. It is worth noting that they are not resistant to scratches and bumps, so you have to be very careful with them. Also, they have the IPX4 certification, which will allow users to use them when doing activities where sweat is involved.

When it comes to hardware, many people would think that some high-end chip made by some popular company is inside these headphones, and that’s the case for none of these earbuds. The Edifier TWS NB2works together with a chip made by Bestechnic, the Bestechnic BES2300YP. On the other hand, in relation to the AirPods Pro, these earbuds work specifically with an audio chip made by the company itself, the H1 chip.

With that being said, one of the highlights of these products is the master switch added to each earbud. This means that either of the earbuds will serve as the main earbud and will carry the functions of the main earbud (play, pause, call, forward, etc.).

Now moving to the sound quality, we must clarify something that is very important, and that is that we are talking about two pairs of very different earbuds since one is a True Wireless headphone, which usually reduces the sound quality a bit that provides for greater comfort while the other focuses more on sound quality. The Edifier TWS NB2 has a 10mm dynamic driver, which, although it does not allow you to give the best quality sound, is still able to function in a good way on a day-to-day basis.

On the other hand, we have the AirPods Pro, these being made by one of the largest technology companies in the world. These earbuds work thanks to the aforementioned chip, the custom H1 chip, which was created by Apple specifically to be placed inside these earbuds and thus provides them with a very high sound quality whether the user uses them in both open and open spaces. closed.

Having said that, it is worth noting that the Active Noise Canceling and the Sound Quality in the Edifier TWS NB2 is not on the level of the AirPods Pro, however, they are relatively close especially in the ANC. Perhaps, these Edifier earbuds are one of the best ANC earphones under this price tag.

Due to the use of Bluetooth 5.0, the connectivity of these two headphones to other devices is of high quality, in addition to is capable of greater stability, battery optimization, and have a faster connection speed. The Edifier TWS NB2 has a range of 10 to 15 meters of connectivity while the AirPods Pro has a range of an amazing 20 meters and, on top of that, we found that they can be used separately and linked in the same way. Also, they automatically connect after removing them from the box after being paired with another device.

On the other hand, in the AirPods Pro we have these additional features apart from the above-said features:

Finally, and to finish this comparison, we will talk about the prices of these earbuds. The Edifier TWS NB2 is available in various online stores, but the lowest price is found on AliExpress with a price that is around $72.49. With that being said, the AirPods Pro has an estimated price of $249.

You can grab the Edifier TWS NB2 from the official online store of AliExpress for the best price. Click here.

You can also grab it on Amazon: 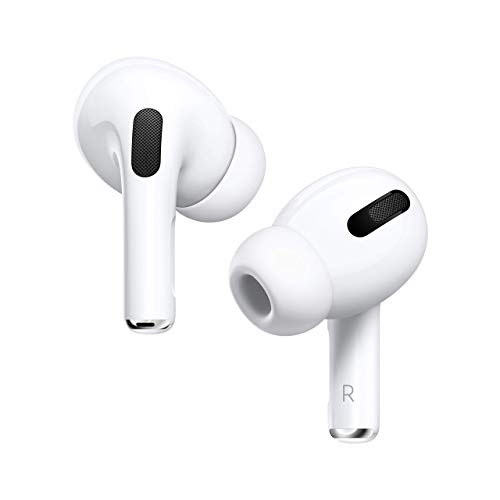 [su_note note_color=”#6ec2ff”]The Phone Talks relies on affiliate earning to pay its expenses. We provide unbiased reviews, comparisons. Please consider buying any product you like on the website from the affiliate links provided 🙂 [/su_note]

We hope you loved this Edifier TWS NB2 vs AirPods Pro comparison. Which one is your favorite TWS earbud? Let us know in the comments.