Ultimately, Apple’s AirPods are among the most popular wireless earbuds throughout the world, and because of that, many copies of these have been released by less popular companies. Among these, we have the Edifier Tws200 and Tronsmart Onyx Ace, and today we will compare them to see which is the best in this Edifier Tws200 vs Tronsmart Onyx Ace comparison.

Edifier Tws200 vs Tronsmart Onyx Ace – All The Differences You Need To Know!

Let’s talk a little about the design and appearance that these have, and it is that when we see them, we can see that the design they have is very similar. Both pairs are made of plastic and feature a partially in-ear design; I said partially since they aren’t completely inserted in the ears but the stalk part extends from the ear, is based on the design of the popular headphones released by Apple, the famous AirPods. These are available in a variety of colors, although the most popular versions of both are black and white.

Having said that, something that they not only have in common, but that is both a special and functional characteristic, is that they have a touch control, which will allow the user to control the way in which the headphones work, although they work with the most basic controls that both have. Likewise, the Edifier Tws200 have the IPX4 certification, while the Tronsmart Onyx Ace has the IPX5 certification, so they are more resistant to water, although they are not fully waterproof and it is not possible to completely immerse them in water.

Now, when talking about the wearing experience of these headphones, this one is very similar, because they both have the same type of design and both are made with the same type of material. While it is true that headphones made entirely of plastic can become annoying after a few hours of use, which happens with these two pairs, it is also true that the shape of their body is specially made to fit well inside the user’s ear, so they can be used for a while without causing fatigue or pain.

Also, and thanks to the fact that they are created with the shape of the ear, they hold very well to it, so they can be used on a day-to-day basis or even doing exercises. Having said that, everything related to comfort will be up to the user.

About the charging case of these two devices, both are made of plastic, they can be charged through a USB type C port, in addition to having LED lights on the front that indicate the percentage of cargo they have. Likewise, both have a slightly square design, which, in addition, has a small and light size, so they can be stored wherever it is needed.

Likewise, the battery capacity of the Edifier Tws200 charging case is 350mAh, while that of the Tronsmart Onyx Ace is 400mAh.

When it comes to hardware, many people would think that some high-end chip made by some popular company is inside these headphones, and that’s the case for these two earbuds. Both have chips made by the great Qualcomm, and they both work hand in hand with the Qualcomm QCC3020 chip, which gives them high quality operating power.

Now moving to the sound quality, the reality is that you can’t expect professional audio; Remember that when buying any model of True Wireless headphones you are dispensing with audio quality to gain comfort. These two earbuds have a Nano-material body with a 13mm dynamic driver, resulting in decent and fair sound quality, but nothing compared to those headphones that have 6mm.

Having said that, by being placed correctly on the ear, these two earbuds are capable of keeping external noises moderately opaque, and that is that although external sounds could still be heard a little, everything can be solved by setting the volume of what it is being listened to 100%, which is performing in a great way.

Speaking a bit about the call quality that these earbuds have to offer, here we see that the Tronsmart Onyx Ace is a bit above the Edifier Tws200, and all that is thanks to the fact that they have 4 specialized microphones that not only help make calls cleaner, clearer and more stable, but also result in the user’s voice being heard louder and more understandable regardless of outside noises.

Having said that, the Edifier Tws200 might not be heard so clearly when surrounded by a lot of noise, although they can still be functional.

Also, and thanks to the specialized Qualcomm chip they have, the way they work when connected to other devices is cleaner.

Now let’s discuss the functions and features of these earbuds. In the Edifier Tws200, we have things like:

On the other hand, in the Tronsmart Onyx Ace we have these additional features apart from the above-said features:

Concerning the battery, and as mentioned before, the battery capacity of the Edifier Tws200 charging case is 350mAh, while that of the Tronsmart Onyx Ace is 400mAh. With that being said, the actual battery capacity of the Tws200 earbuds is 35mAh that gives them a use time of around 4.5 to 5 hours, while the Tronsmart Onyx Ace earbuds have a capacity of 40mAh that give them a use time of 4 to 4.5 hours, although everything will depend on the volume at which they are used.

Finally, and to finish this comparison, we will talk about the prices of these earbuds. The Tronsmart Onyx Ace is the cheaper of the two with a price of $29.99, while the Edifier Tws200 is priced a bit higher at $33.88. 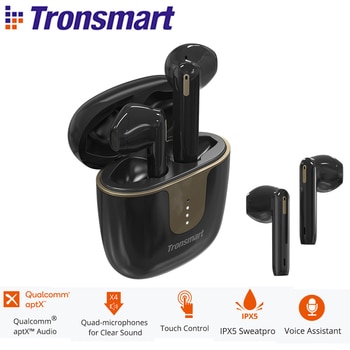 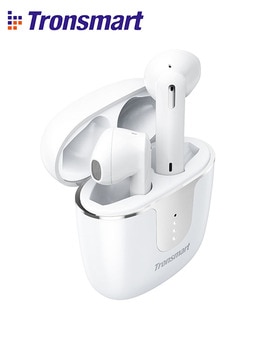 We hope you loved this Edifier Tws200 vs Tronsmart Onyx Ace comparison. Which one is your favorite TWS earbud? Let us know in the comments.