Ultimately, Apple’s AirPods are among the most popular wireless earbuds throughout the world, and because of that, many copies of these have been released by less popular companies. Among these, we have the QCY T5, and today we will compare them to other earbuds that have a completely different design, the Edifier x3, and we will see which works in a better way. Welcome to this new Edifier x3 vs QCY T5 comparison.

Edifier x3 vs QCY T5 – All The Differences You Need To Know!

Let’s talk a little about the design and appearance that these have, and it is that when we see them, we can realize that they are completely different, although both are made of plastic, both come in white color and they are pretty minimalistic. The QCY T5 has a partially in-ear design, so they have a great resemblance to the famous Apple AirPods, while the Edifier x3 has a more comfortable full in-ear design, plus they also feature three sizes of sport rubbers to put around the earpieces.

Removing that factor, thus being the biggest difference in relation to their design, both headphones have a great point in common that cannot be seen in all products of this type, and that is that they have touch control, with which will be able to carry out basic actions.

Going on to talk a little about the comfort that these provide, these two headphones are made for different ear sizes. The QCY T5 are usually recommended and more used by people with smaller ears, while the Edifier x3 is more recommended for people with slightly larger ears. On the other hand, and although these two headphones can be a bit uncomfortable because they are made of plastic, the Edifier x3 has a point in favor, and that is that they have tips and sport rubbers that provide the user with the necessary comfort.

When it comes to hardware, many people would think that some high-end chip made by some popular company is inside these headphones, and that’s the case for one of these two earbuds. The pair of headphones that works together with a chip made by Qualcomm is the Edifier x3, and although there is not much information about the exact chipset that is inside, it is a fact that having the help of this company is a great plus. On the other hand, the QCY T5 work hand in hand with a chip made by GreenRadio.

Now moving to the sound quality, the reality is that you can’t expect professional audio; Remember that when buying any model of True Wireless headphones, you are dispensing with audio quality to gain comfort. In this sense, the QCY T5 works in a better way due to its 6mm dynamic driver, since the Edifier x3 has an 8mm dynamic driver, so the sound they provide has a lower quality, and in addition to that, for well listening, you have to turn the volume up to its highest capacity, although they have the ability to provide better bass quality.

About the experience in calls, there’s no microphone difference in both earphones. They have the same mic. Also, the call quality is just average, nothing special. With that being said, the QCY T5 has CVC 6.0 technology to eliminate background noise, however, and being completely honest, it’s kind of useless. An excellent microphone is not what you will be getting in these two pairs of earphones but an average microphone.

On the other hand, in the QCY T5 we have these additional features apart from the above-said features:

About the charging time, both earbuds take about 1.5 to 2 hours to fully charge.

Finally, and to finish this comparison, we will talk about the prices of these earbuds. The Edifier x3 is available in various online stores, but the lowest prices are found on AliExpress with a price that is around $23 to $25 and on Amazon with a price of $33.99. On that same note, the lowest prices for the QCY T5 can be found in AliExpress for $17.51, making this earbud the cheapest of both. 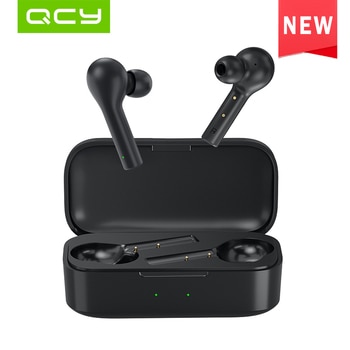 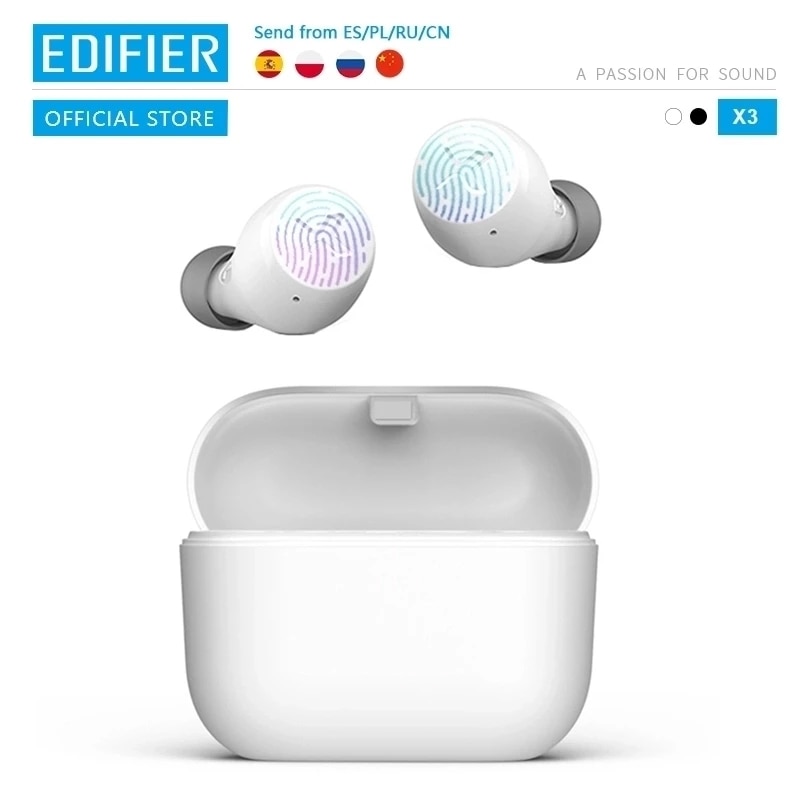 We hope you loved this Edifier x3 vs QCY T5 comparison. Which one is your favorite TWS earbud? Let us know in the comments.