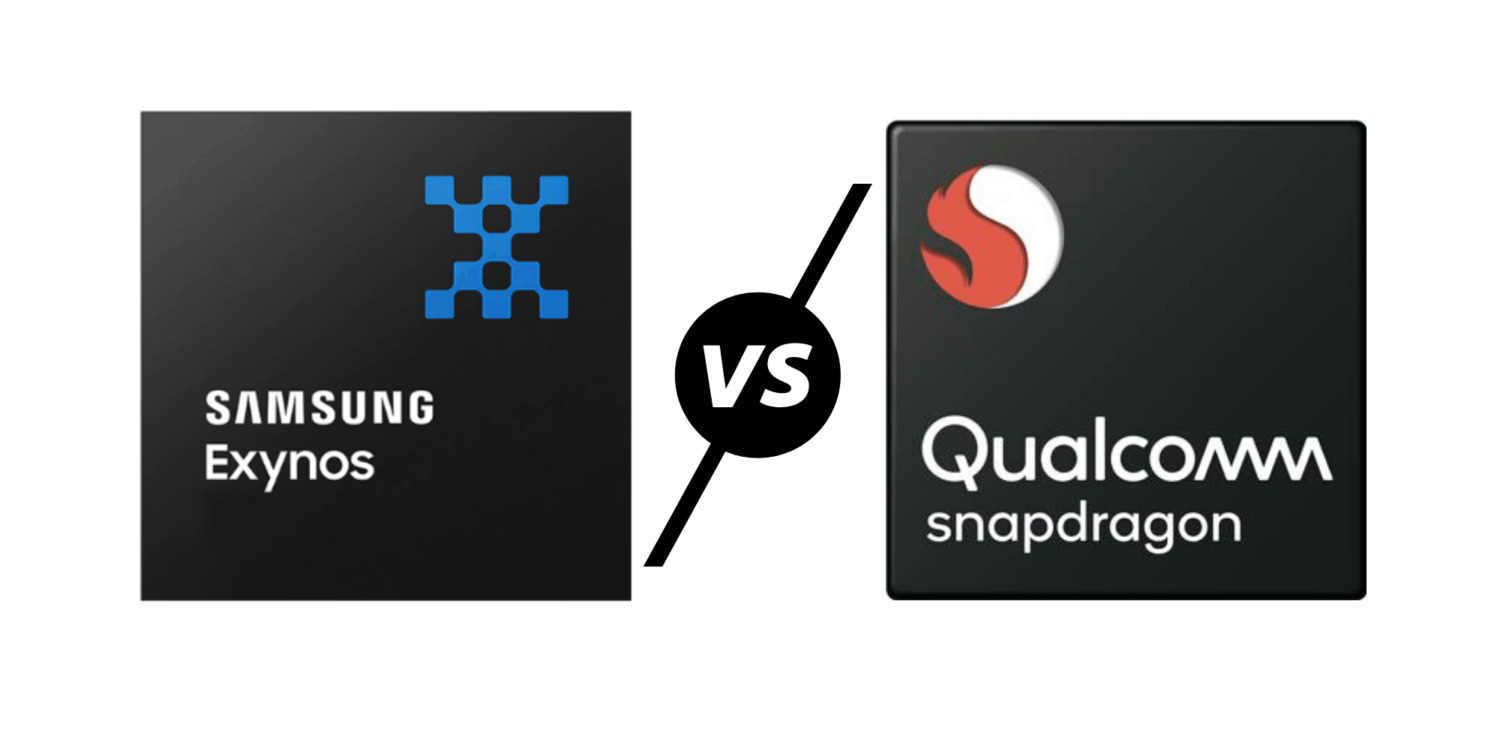 In the world of technology, processors are one of the most important and determining factors for any device, and in relation to them, Samsung and Qualcomm have always battled for the position of the best company. Due to this eternal struggle, today we will compare two of its strongest processors in this new Exynos 1080 vs Snapdragon 865 comparison. Stay with us to find out who the winner is.

Before we talk about the specifications with which these two processors work, let’s talk a bit about the date they were released. The Exynos 1080 has launched a couple of months ago on November 12, 2020, while, on the other hand, the Snapdragon 865 was launched last month, on December 4, 2020.

First off let us start with the process technology which determines the power consumption and performance of the SoC. Keep in mind the lower the number the better is the performance as well as battery life efficiency. The Exynos 1080 takes the lead with a 5nm EUV process technology, while the Snapdragon 865 has a TSMS 7nm EUV (N7P) process technology. The smaller size in the nanometers makes it possible to build smaller chips but with greater power, and the new EUV technology helps it manage energy consumption much better.

Getting to talk about the CPU inside these processors, they have something incredible in common, and that is that both of them have a tri-cluster octa-core design CPU with a 1 + 3 + 4 cores configuration. The Exynos 1080 is distributed as follows:

On the other hand, Snapdragon 865 is distributed as follows:

By looking at the CPU inside these processors, we can see that they are almost identical. With that being said, the Exynos 1080 is a little more powerful in this aspect, because, and although it has the same number of cores as the SoC made by Qualcomm, the speed with which they have is a little higher, which gives it the lead.

Turning to talk about the GPUs that are inside these three powerful processors, in terms of graphical performance, the Exynos 1080 features the ARM Mali-G78 MP10 GPU, which works with ten cores and a clock rate of 720mAh. On the other hand, the Snapdragon 865 has an Adreno 650 GPU with a frequency of 587MHz, which promises a performance gain similar to 25% for graphic representation, thus having an energy efficiency also improved by 35%. It’s the best GPU in the Snapdragon lineup and is only featured in flagships.

Although these two processors have GPUs with great power, there is not much difference between them, so. 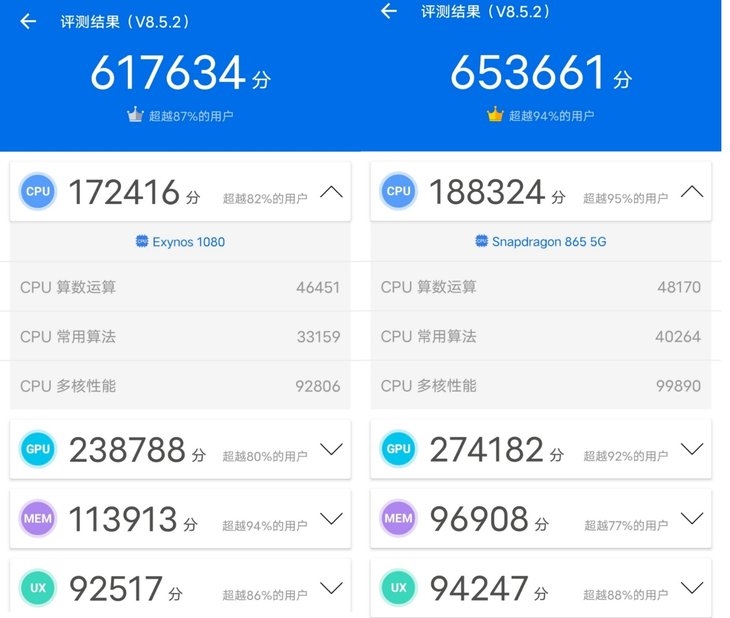 In AndroBench, being this a way to test the memory of the processors, it can be seen that the Snapdragon 865 released by Qualcomm has continuous writing and random writing ahead of the Exynos 1080 in a significant way, which improves the performance. speed of software installation and update. 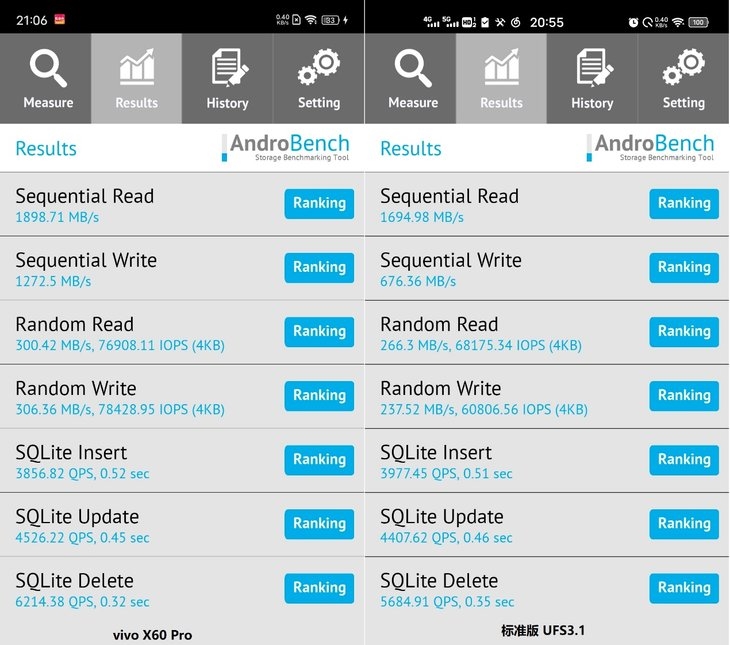 To test the presentation that these processors have in the area of gaming, the game “Call of Duty Mobile” was used. As you can see, both processors are capable of reaching an average frame of 59.7 frames, while the Exynos 1080’s frame rate fluctuation in some high-load scenes is slightly higher than that of the Snapdragon 865, but the effect is not. obvious and the games work great. 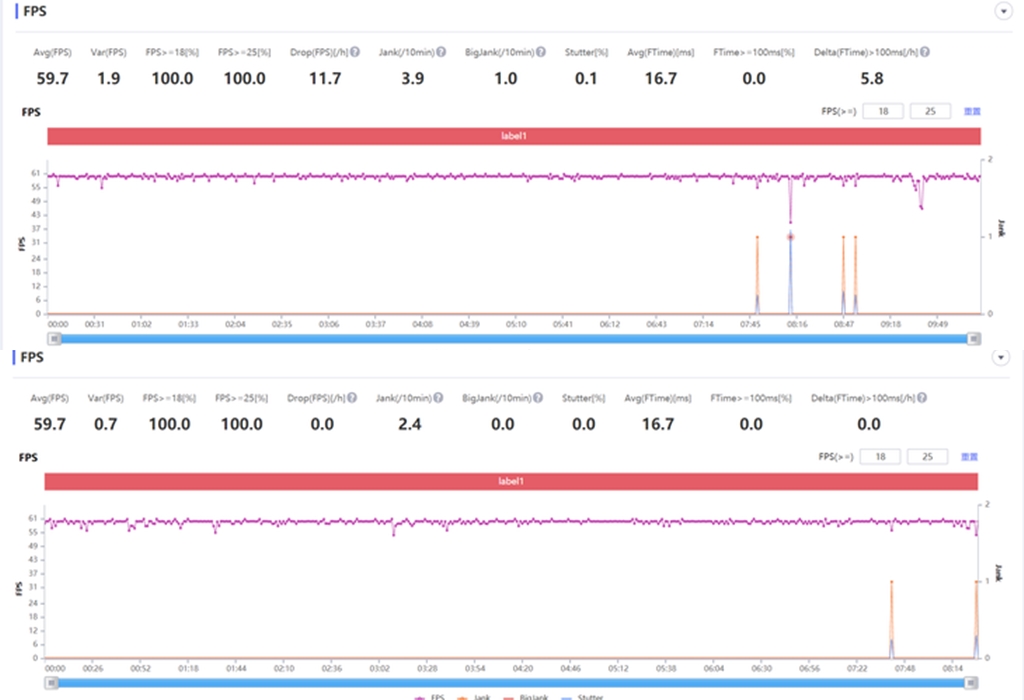 If we talk about connectivity, as expected, the Exynos 1080 has 5G connectivity with support for mmWave and sub-6GHz bands, something that brings the new generation of mobile networks even closer to the mid-range. It also has, of course, support for WiFi 6 and Bluetooth 5.2, so any need for next-generation wireless connectivity should be covered in the devices that choose to integrate this SoC.

The Snapdragon 845 offers advanced specifications with the X20 LTE modem. For download uses LTE Cat. 18 that offers speeds of up to 1.2Gbps and for load makes use of LTE Cat. 13 with speeds of 150Mbps. However, it doesn’t offer 5G networking which was in development 2 years back.

On the other hand, as for the Snapdragon 865, this SoC can be found inside of the Xiaomi Mi 10T Pro, which has a selling price of 547 USD, being this the cheapest one and the winner of this category.

Select Snapdragon 865 if you want:

I hope you loved this Exynos 1080 vs Snapdragon 865 comparison. Which one is your favorite SoC? Let us know in the comments.