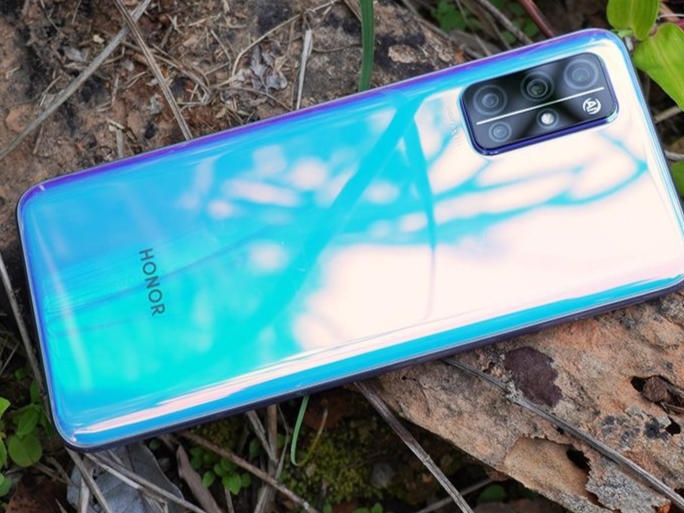 According to previous news, the Honor 30 series will be the first to feature Kirin 985. However, from today’s Geekbench scores leaked, we know that the highest version ‘Honor 30 Pro’ will feature a Kirin 990 5G SoC along with the new Magic UI 3.1

The phone goes by the model name ‘EBG-AN00‘ which is benchmarked on Geekbench and rumored to be Honor 30 Pro featuring the Hisilicon’s most powerful SoC to date ‘Kirin 990 5G‘ judging from the 1.95 GHz frequency. The SoC is coupled with 8GB RAM and Android 10 OS (EMUI 10.1 and Magic UI 3.1). The Honor 30 series will also come in 5G variants. 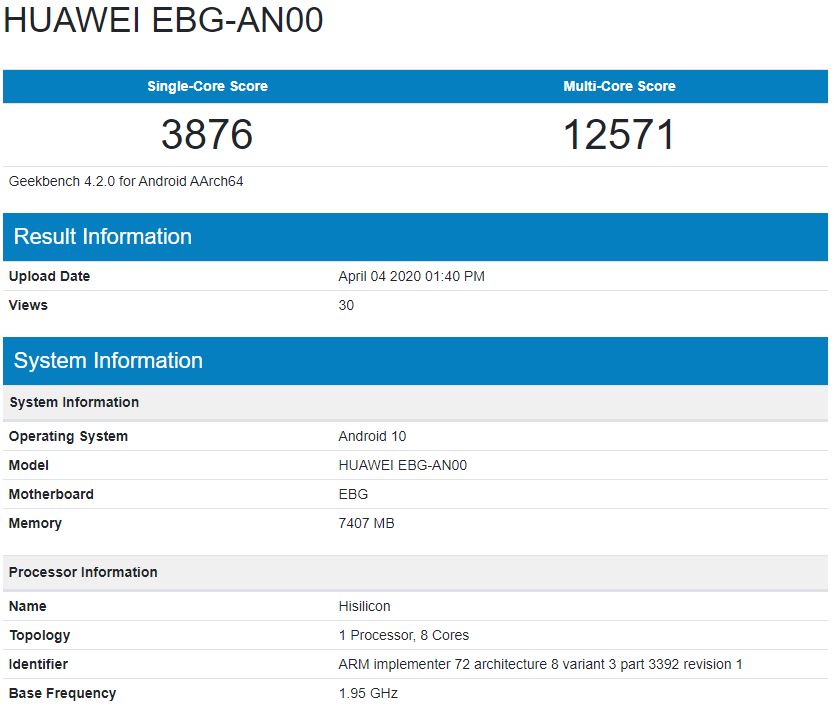 Honor 30 series will use a brand-new Sony customized sensor IMX 7XX with 50MP resolution and a CMOS size of 1 / 1.3 inches, which is the largest in the industry + 12MP Ultra-Wide senor (4-in-1, 2. 8μm single pixel) + 8MP telephoto sensor with 3x Optical Zoom.

As for the design, it has a dual-pouch hole design and supports an in-screen fingerprint reader. The display will also have a 90Hz refresh rate. The president of Honor Phones said:

Honor 30 series will have the most beautiful design after Honor 8 and a phone that will impress the young consumers.

The Honor 30 series will be released on April 15th.