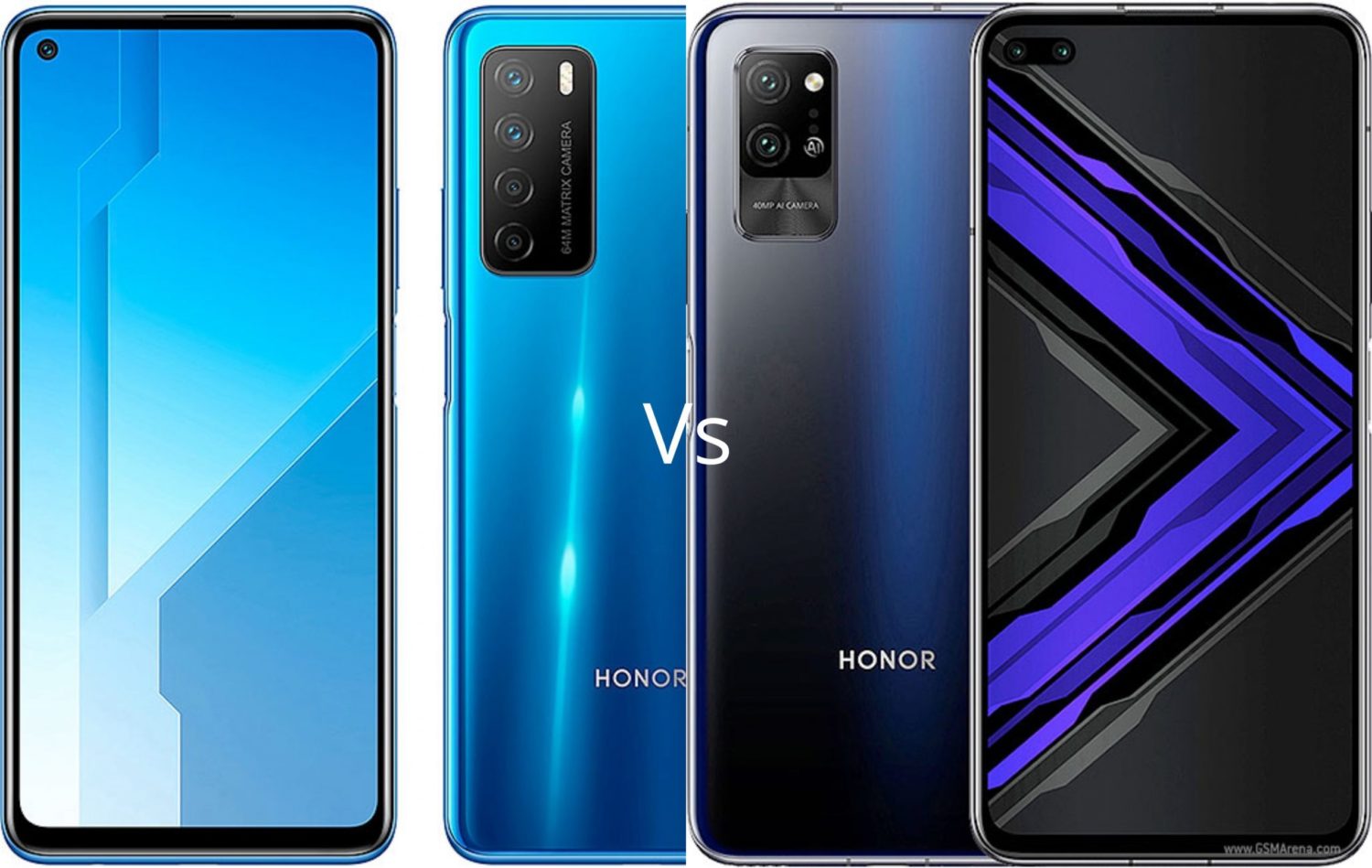 In terms of 5G, both support 6 5G frequency bands. Since we have the Balong 5000 in the Pro version, the 5G speed will be better in Play 4 Pro.

Looking at the numbers alone, the Honor Play 4 Pro seems to suffer a bit, but the combination of the 40-megapixel RYYB sensor and the 3x telephoto lens is actually high-end.

We have a Dimensity 800 mid-end SoC competing with the high-end Kirin 990, UFS 2.1 vs UFS 3.0, front single camera vs front dual camera. However, looking at the rear camera section, in the resolution and numbers alone, Huawei Play 4 Pro suffers a bit since we have 40MP primary camera vs 64MP primary camera, however as we said before, the combination of the 40-megapixel RYYB sensor and the 3x telephoto lens is actually high-end. This leaves us to the display section, where the Pro version could have used the AMOLED display to further justify the price difference. However, if we see not compare the prices of both phones, and look at the price of Honor Play 4 Pro alone, a flagship-level high-end phone around $400 with 5G seems to be the best thing.

So, answering the question, does the price difference between the standard and pro version justified? Somewhat yes, with only a few downsides in the Pro version which is the camera and display.

However, Honor Play 4 will deliver the best price-to-performance ratio, thanks to Dimensity 800, 5G, quad rear camera, and a large battery.