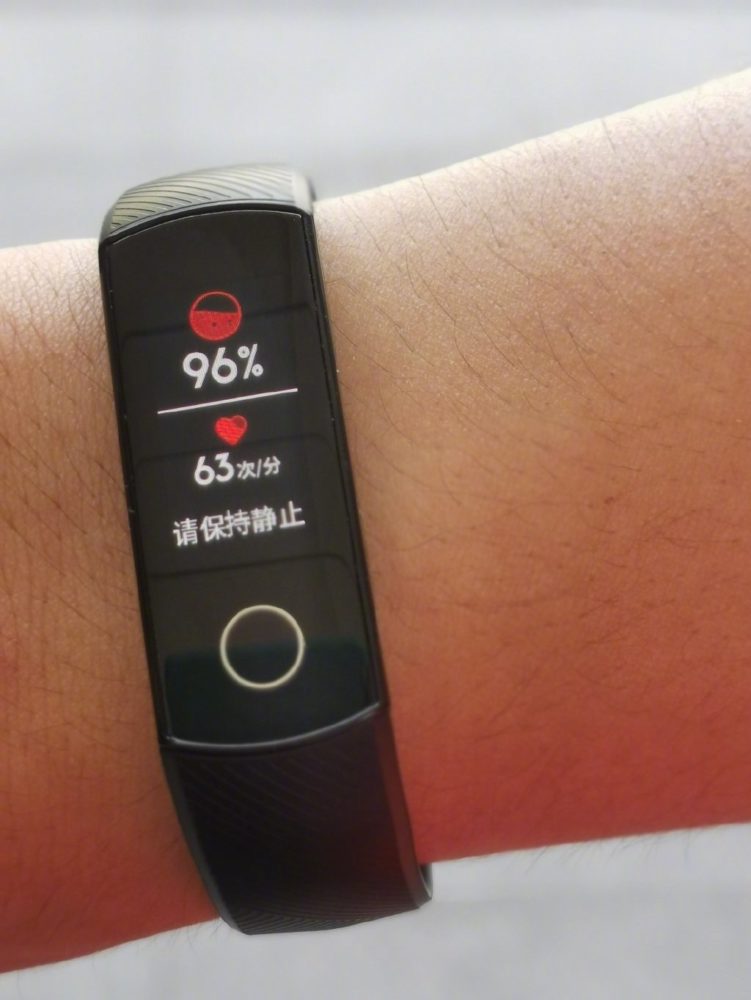 Last year, at the Honor 8X conference on September, Honor Band 4 series debuted. Now, nearly after a year, Honor 9X is about to release on July 23. According to the tradition, July 23 will be the release date of Huawei Honor Band 5 as well, or as but most of us believe.

Sure enough, at noon today, Zhao Ming, the president of Honor, released the real photo of the Honor Band 5 on Weibo also highlighting the selling points. He said:

Today’s running in Beijing Orson, I’m the first to experience the upcoming #HonorBand5#. The new function of oxygen detection, hypoxemia may cause dizziness, fatigue, listlessness, poor sleep, etc. This function is very intimate, do you expect it ?” 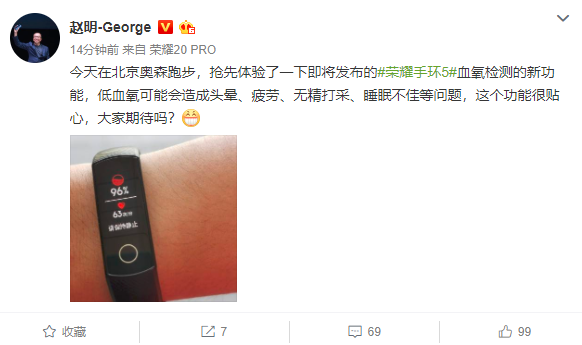 From the appearance point of view, the Honor Band 5 will continue the design style of the previous generation and will add a large-size color screen.  The round Home button is embedded in the screen, and on the basis of heart rate detection, the blood oxygen detection function is added.

For reference, last year’s Honor Band 4 is equipped with a 0.95-inch AMOLED color screen. The screen can display 45 Chinese characters at once, the main body uses 2.5D glass. It supports real-time continuous heart rate monitoring with an interval of 10 minutes.

There’s no doubt that Honor Band 5 will be more than that one feature added. Improved battery, larger screen, and more sports modes are what we expect. Let’s see.