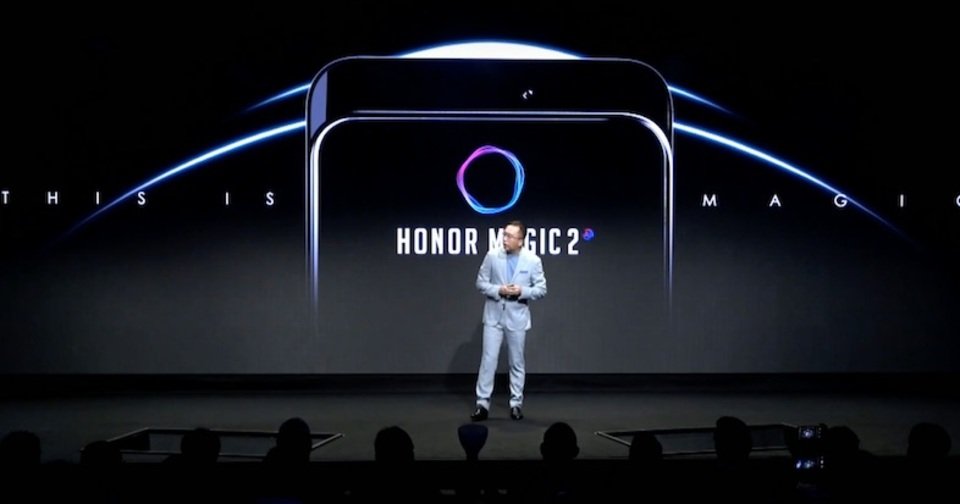 Apple‘s three new iPhones appeared but in the case of weak innovation and new price breaks. Since Apple’s best flagships are merely an expensive oversized iPhone X, it has provided a chance for other flagships to shine. Zhao Ming, the president of honor, who has always been at the forefront of the innovation trend, said bluntly on Weibo: 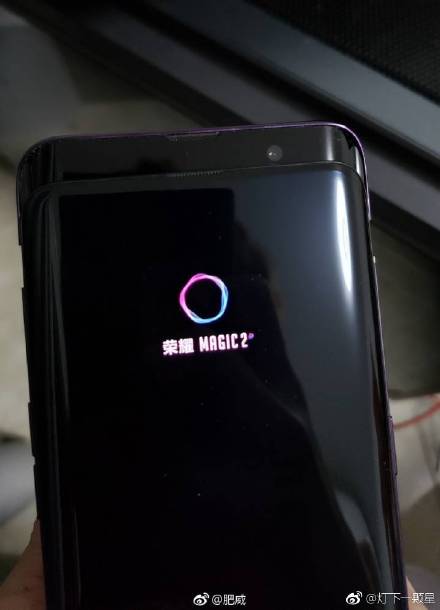 Zhao Ming’s statement is not false, though he is indeed teasing Apple. Starting from this year’s “Scaring Technology Year”, Honor brings some innovative technologies such as AI Dual Camera 2.0, GPU Turbo, AIS Handheld Super Night Scene, and THE NINE Liquid Cooling system. At the IFA 2018 exhibition, last month, Zhao Ming first exposed a new flagship with a slider similar to OPPO Find X (Honor calls it a Magic Slider) incorporating in the second generation of Honor Magic series, or should we call ‘Huawei Honor Magic 2’.

Getting into the details, Xiong Junmin, vice president of Honor, said in an interaction with peoples on Weibo that the Honor Magic 2 will use AMOLED screen. As is known, compared with LCD screens, AMOLED screens have advantages in terms of color performance and contrast. AMOLED screens are slimmer and more malleable, which is a prerequisite for fingerprints under the screen.

With the popularity of full-screen smartphone, unlocking and biometric authentication are mainly divided into two types, one is Apple-led 3D structured face recognition.  Meanwhile, the other is the under screen fingerprint technology commonly used by the Android smartphones. From the current trend, 3D structured face recognition has been used in some high-end Android flagships, and the UD fingerprint readers have gradually become the mainstream application trend of Android’s high-end flagship to solve the real full-screen problem.

The Honor Magic 2 innovation uses a sliding screen structure design. The structure is minimal, not only can bring nearly 100% of the screen view, but also a complete user experience. While sliding the screen, you can activate more unexpected AI functions, both in appearance and in practical use. 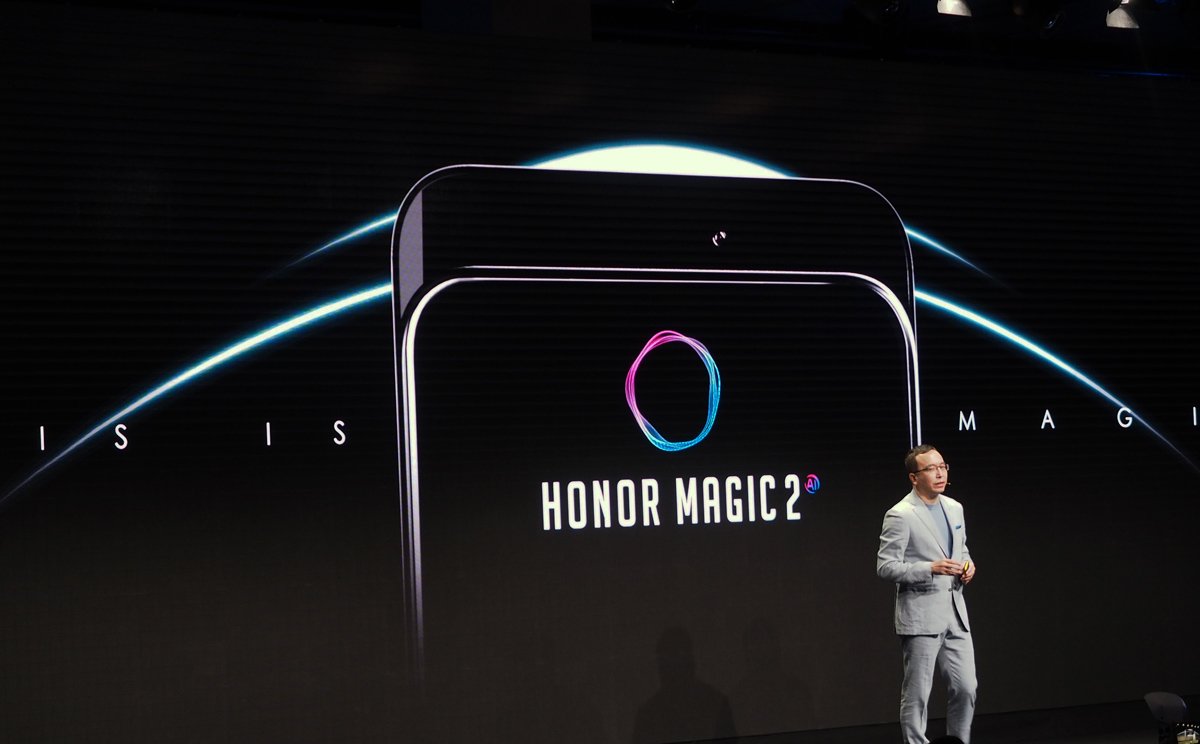 Of course, the sliding screen is just a selling point of the phone, and AI artificial intelligence may be the top priority. The Honor Magic 2 is equipped with the first 7nm chip, the Kirin 980 with dual-core NPU, equipped with a new AI operating system and the entire learning system.

Magic 2 is the smartest smartphone. Now we are working with some scientific research institutions to get some basic evaluation results. We can tell you that the IQ of Magic 2 is much higher than that of mobile phones on the market. The IQ measurement system is a general evaluation system for artificial intelligence. “

Also Read: Behind The First 7nm Huawei Kirin 980 is the Investment of More Than $300 Million

In addition, in terms of charging, the Honor Magic 2 will maintain a level of 40W, after upgrading. This much watts are safer and the experience is better as well.

In the interview session of the Honor 8X conference on September 5, Zhao Ming revealed that the Honor Magic 2 is basically in mass production. The IFA show only revealed the top slider of the phone just to tease the world and increase the anticipation of us techies. 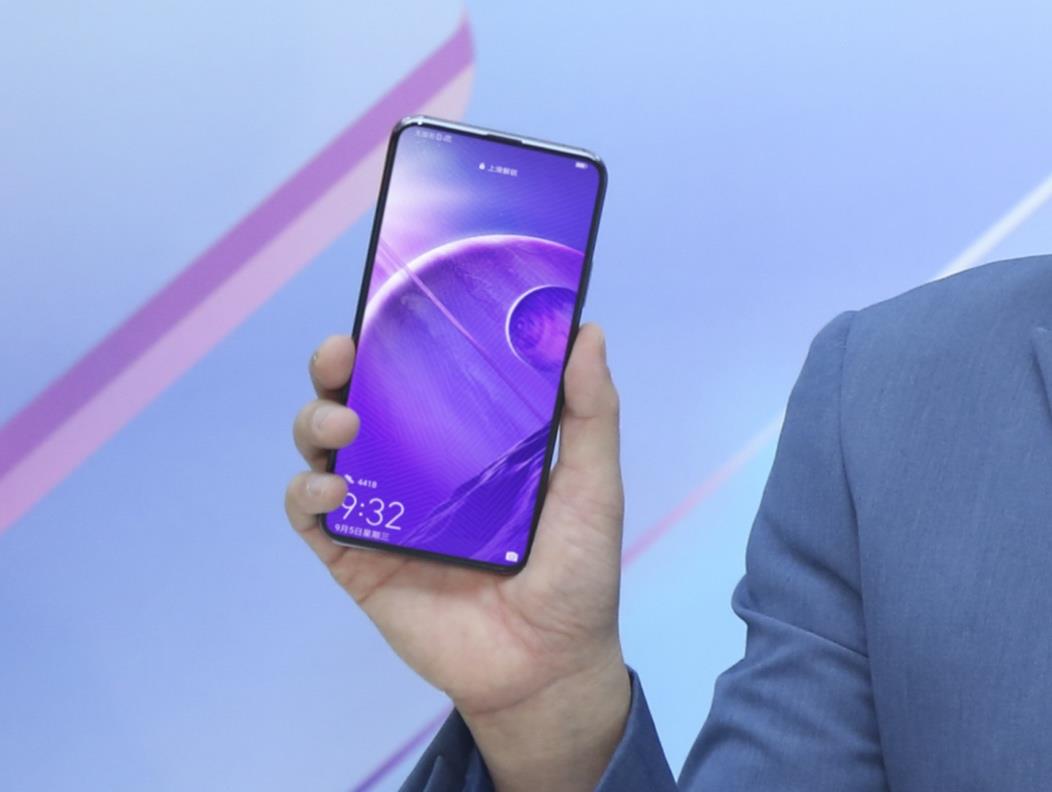