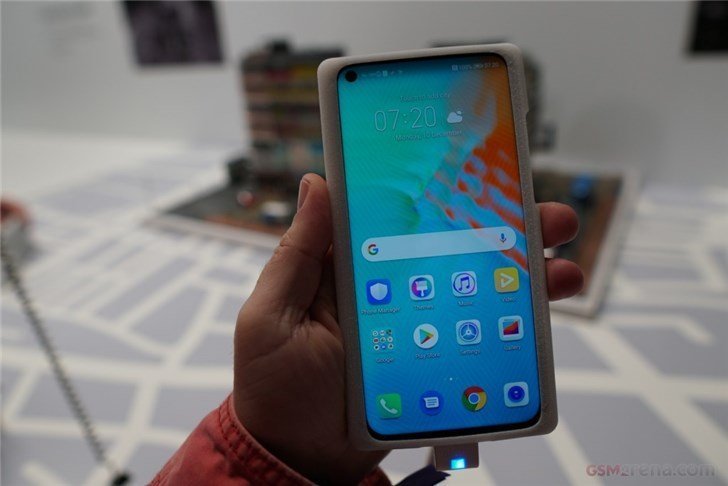 Today, through a brief technical meeting held in Hong Kong, the manufacturer Huawei has announced plans to launch a new Smartphone with a photographic power never before seen. This is the Huawei Honor V20, and although they have already officially revealed some data about the mobile, the rest of the specifications will be revealed on December 26.

According to Huawei’s official data, the Honor V20is equipped with three of the most recent technologies implemented in the world of Smartphones, which are ultra-clear photography technology through a 48.0MP sensor, the latest in Huawei’sLink Turbo and a full screen with a camera embedded in the panel.

Thanks to the GSMArena website, it has been possible to see alleged images of the Huawei Honor V20, where they have also made it clear that, at the moment, they only wanted to show the new technologies they will implement, so the casing has been covered with a kind of protective case to keep it hidden.

In the images of the source, we can see how the application of the camera can reach 48.0MP with a 4:3 aspect ratio, which results in a shot with an 8000x6000presolution.

According to the manufacturer, the Huawei Honor V20 will be the first Smartphone in the world to include a Sony IMX586sensor, which has support for 48.0MP Ultra-High Pixels, a 1/2.0 inch sensor, 4-in-1 color filter, and a quad HDR hardware.

We can see in the images below how all these functions work in unison, getting huge and clear shots even in low light scenarios since the phone reduces the noise of the photo while increasing the total light of the image. Keep in mind that the images below have been compressed to be uploaded to the Web, so the original result is much more impressive.