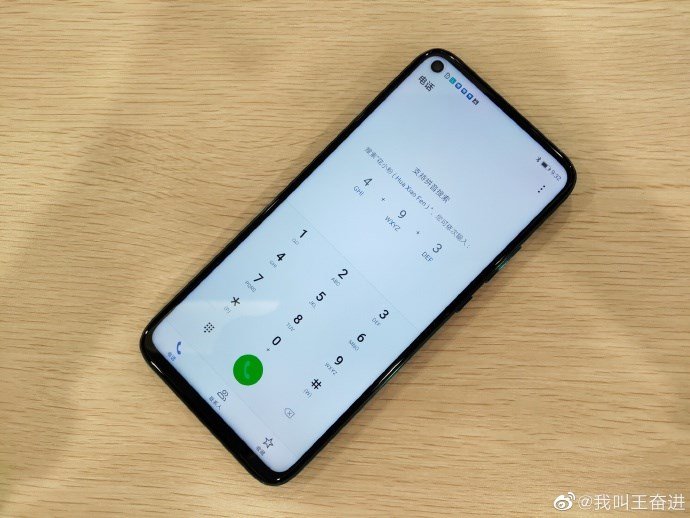 Today, on Weibo, a user by the name @我叫王奋进 uploaded the real images of Huawei nova 5i Pro and said that:

The back cover design is very similar to Mate 20 Pro 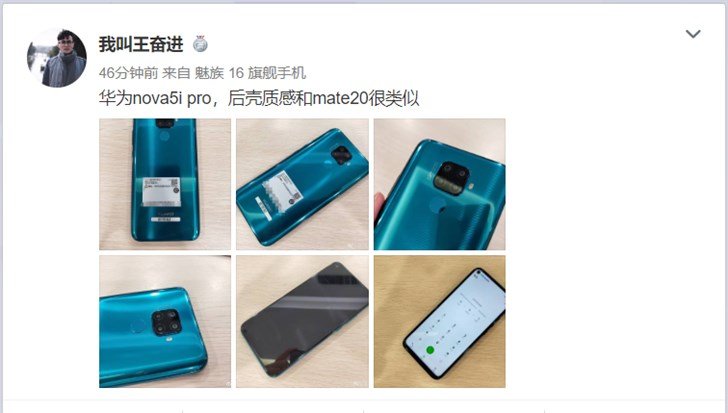 Indeed, it is. On the rear one can see the doubled sided 3D curve, glass built with gradient color and unique pattern, and a fingerprint reader at the top center. Moreover, the most striking feature is the Quad-Camera configuration in a square box arrangement beside the Dual-tone LED. This camera arrangement is similar to the Pro version of Mate 20.

According to the previous news, Huawei nova 5i Pro has three colors: Magic Night Black,  and Aurora. It has a 6.26-inch IPS hole-punch screen with a resolution of 2340×1080. Nova 5i Pro occupied a space of 156.1×73.9×8.3mm and weighs 178g. In terms of battery capacity, it is 3900mAh. The processor is not announced, the interface only shows that the processor is 8 cores and the main frequency is 2.2GHz (maybe Kirin 810 processor). The memory has 6GB and 8GB options, the storage space is 128GB and 256GB (memory and storage space does not rule out other versions), and runs on Android 9 Pie operating system.