On July 30, the latest report released by the well-known market researcher Canalys showed that in the Q2 of 2019, Huawei smartphone shipments in China reached 37.3 million units, occupying a record 38% share of the market. The year-on-year increase was 31%. The Chinese smartphone manufacturer managed to do so, even though the Chinese smartphone market fell by 6% overall, shipments fell for the ninth consecutive quarter, falling to 97.6 million units. 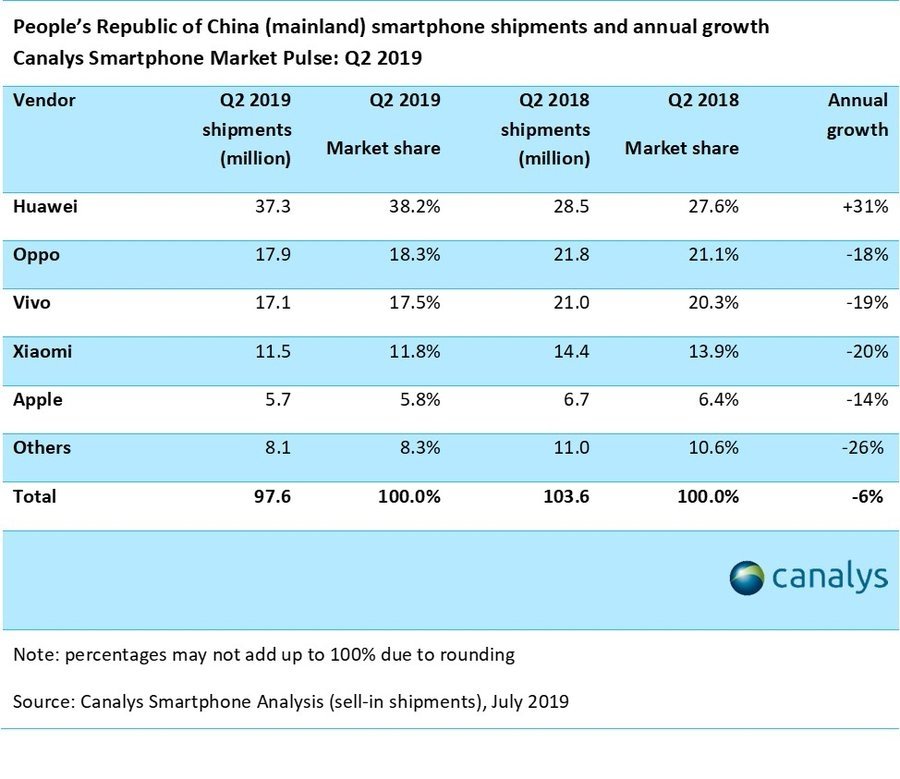 From the perspective of market share, Huawei, OPPO, vivo, Xiaomi, and Apple are still the top five smartphone brands in the Chinese market. However, in the second quarter, except for Huawei’s shipments surged by 31% and its share increased to 38.2%, the other four companies experienced different levels of decline. 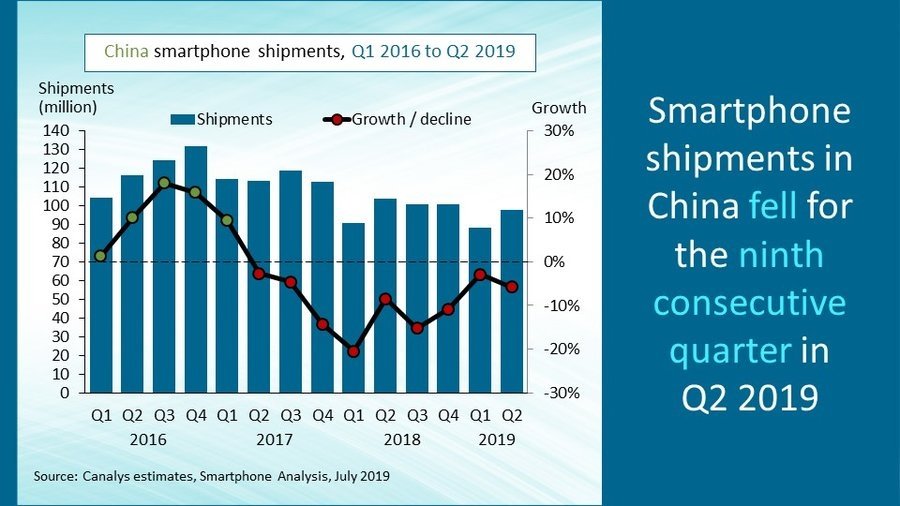 Canalys reported that Huawei’s inclusion in the US as an entity led to uncertainty in overseas markets, but in the Chinese market, Huawei has been accelerating. 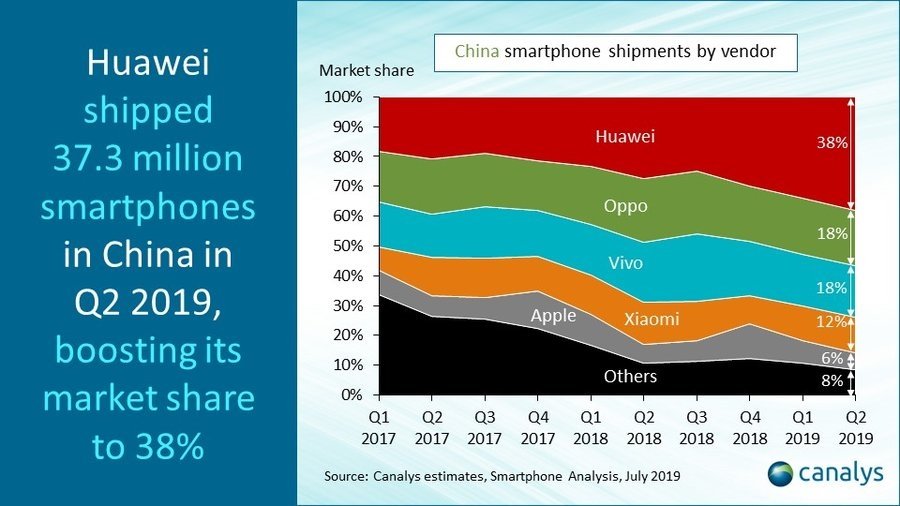 Is 5G Arrival To Blame The Consecutive Decrease?

From the report, we believe that Chinese consumers use smartphones for a longer period of time and the frequency of replacement is decreasing. One of the main factors behind the first half of 2019 was the launch of 5G mobile phones. With the commercialization of 5G networks in the second half of 2019 and the improvement of network coverage and service quality in 2020, consumers will increasingly turn to smartphones supporting 5G networks, and their prices will soon be reduced to the public’s acceptance.

We assume that the Q3 and Q4 will continue the similar condition until a manufacturer introduces a budget-friendly 5G phone in China. That doesn’t seem possible since only high-end SoCs are supporting external 5G modem networking. There’s not even an integrated 5G modem yet. Huawei is planning on working on the first SoC with integrated 5G modem. So, in short, budget-friendly 5G phones will not roll out before 2020, which is why people are waiting for them and not upgrading to any new phone at the moment.