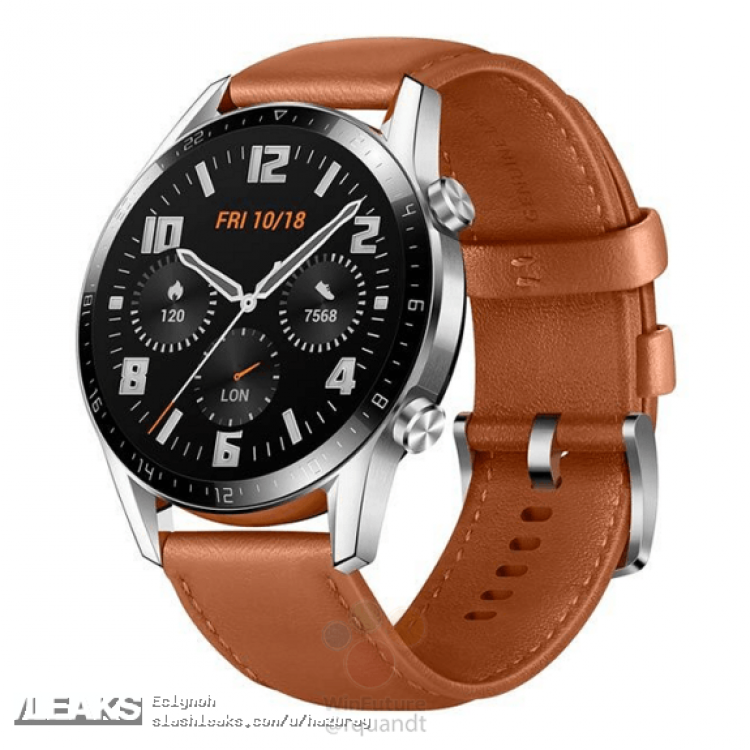 After the successful selling of Huawei Watch GT, the first smartwatch from Huawei, the company is looking to release the second generation soon.  Today, on Sept 3, Huawei Watch GT 2 renderings and some configurations were exposed online. The watch is expected to release with the Mate 30 series.

According to SlashLeaks, the Huawei Watch GT 2 model name is LTN-B19. It continues the design of the previous generation. However, it has two versions which are the casual version and the sports version. The screen of the watch is larger than the previous generation, and the bezels are smaller, which means that the second generation has a higher screen ratio and a better visual appearance, which is convenient for the user to operate and view information.

It is also worth noting that in early August, there was also a Huawei watch product codenamed LTN-B19 that passed the Chinese 3C quality certification, supported 5W charging, and has audio storage and playback functions.

In terms of configuration, the Huawei Watch GT 2 battery capacity has been increased from 420mAh to 445mAh, and the maximum battery life is expected to exceed two weeks. There’s also an integrated microphone, speaker and Bluetooth, and built-in optical heart rate monitor.

This watch is expected to release in Germany on September 19th with the Huawei Mate 30 series.