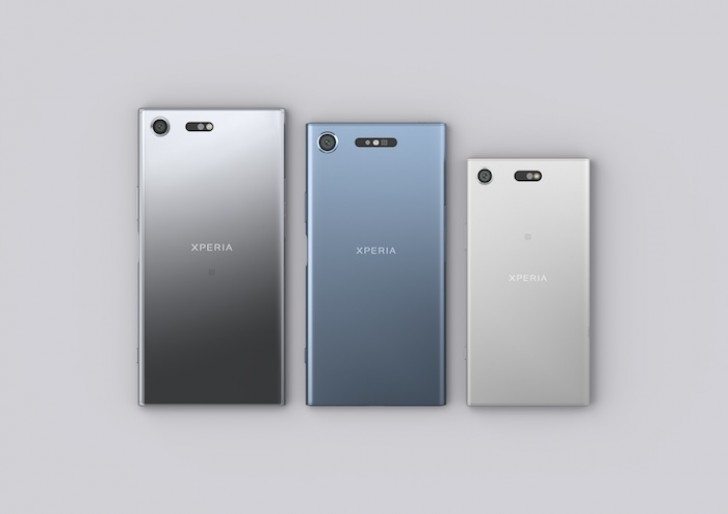 Yesterday, at 19 o’clock, Sony held a conference in IFA 17, Munich, Germany. The platform seemed to be one of the best opportunity for a release so Sony release not one but three flagships at the same time. After much anticipation, Sony XZ1 / XZ1 compact and XA1 Plus hit the globe.

All three phones have a minimalist approach. It reflects the old school design as there’s no full-screen, no ultra-narrow bezels. Like most of the Sony’s smartphone, these are also boxy and yet they don’t appear to be outdated. The two phone covers the high-end market while the third one covers the mid-end market. Here’s the detail you need to know about these three flagships:

Meanwhile, X1 Compact integrates a much smaller 4.6-inch 720P display. The built material is different which is plastic and glass fiber composite. The phone appears to be chubby occupying 129 x 65 x 9.3mm but weighs only 143g.

At the same time, Sony has also stressed on the sound quality as both are Hi-Res gold standard certification. Sony XZ1 / XZ1 Compact features Gorilla Glass Protection 5 and is rated IP68 waterproof and dustproof. The phone also features a fingerprint reader except for the USA models.

Speaking of the hardware, both phones classify as top-tier flagships incorporating a Snapdragon 835 along with 4GB RAM, TF card support up to 256GB. The highlight of the two phones is the 19MP IMX400 rear camera with f / 2.0 aperture. There are some cool camera features such as Predictive Capture, 3D scanning mode (scan image and put it in 3D image format for 3D printers). The rear camera can shoot a slow motion video at a freaking 960fps and 4K on standard 60fps. 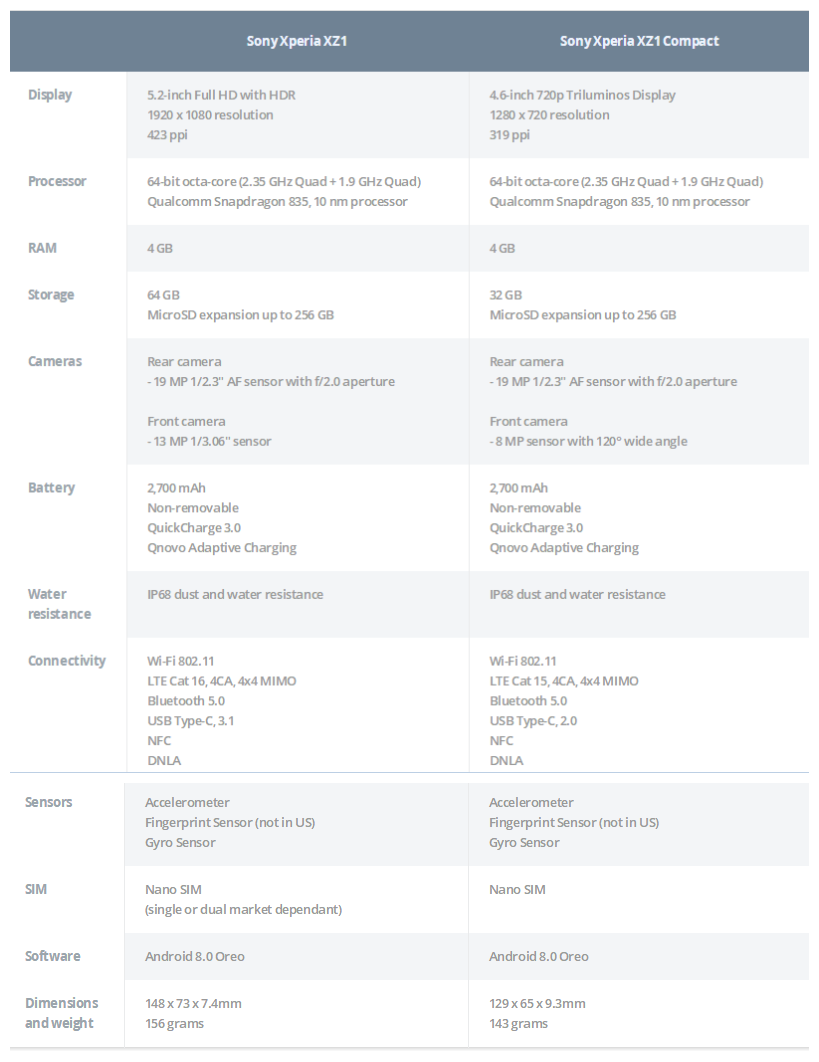 The few hardware differences we see in both flagships are:

Sony states that XZ1 Compact is the only high-end smartphone with the 4.6-inch screen and Snapdragon 835.

Among the high-enders, we also have a mid-tier smartphone as well. Sony XA1 Plus is the largest among the three phones with an enormous 5.5-inch Full-HD display. XA1 Plus measures 155 x 75 x 8.7 mm and weighs 198 grams, a bit heavy though. The design is almost the same as the other two phones but we can witness a lot bigger power button on one of the sides of the phone. The best part is that the bezels are ultra-narrow in comparison to the other two smartphones.

The heart of the phone is MediaTek MT6757 Helio P20 SoC coupled with 3GB RAM. XA1 inherits the 23MP rear camera with f / 2.4 aperture and hybrid focus from its ancestor XA1. Meanwhile, we have an 8MP front selfie shooter as well. Regarding connectivity we have NFC, Bluetooth 4.2, with apt-X support, a USB Type-C port, VoLTE, Cat.4 or Cat.6 LTE, depending on the region.

Like the screen, the battery is also generous which is 3,430maH supporting Media Pump Express +2.0 quick charge.

Here are the price tags of the three flagships as well as the selling date: