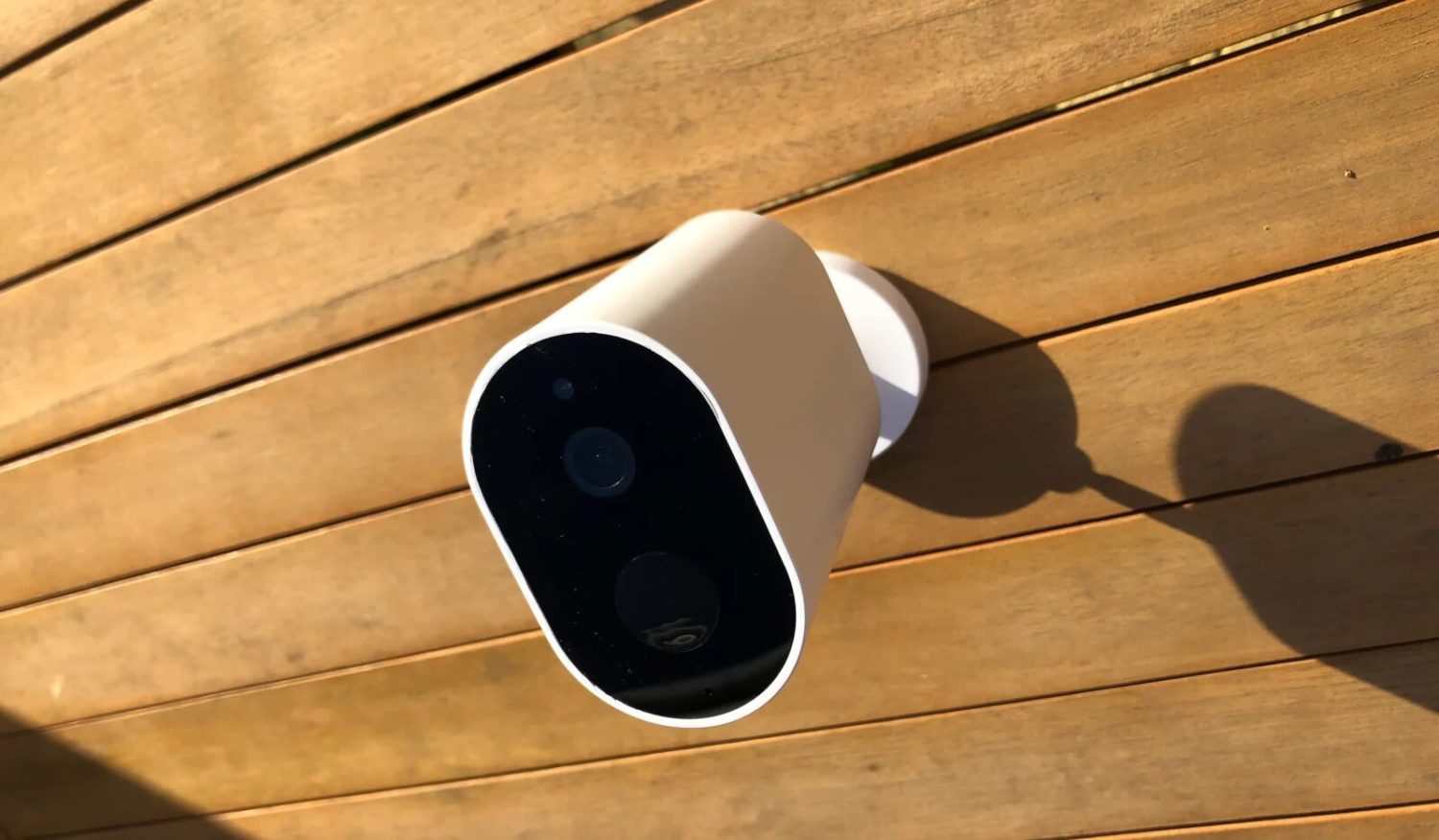 Do you have any idea why Xiaomi managed to position itself as one of the best technology companies worldwide? Well, to begin with, it is because of the great diversity of products that are constantly being released, this makes it a manufacturer that attracts a lot of attention, and today’s appointment will not be the exception, since it touches a very important fiber in every home in the world: safety. They currently have products dedicated to this topic, as is the IMILAB EC2 Xiaobai IP Camera, a security camera for our homes and the star of today’s article, so do not take more time and see the features that this camera has to offer us!

Before talking about the camera as such and all its features, we want to let you know about everything that this product brings with it when buying it. When buying this great product launched by Xiaomi, the following accessories will be available: 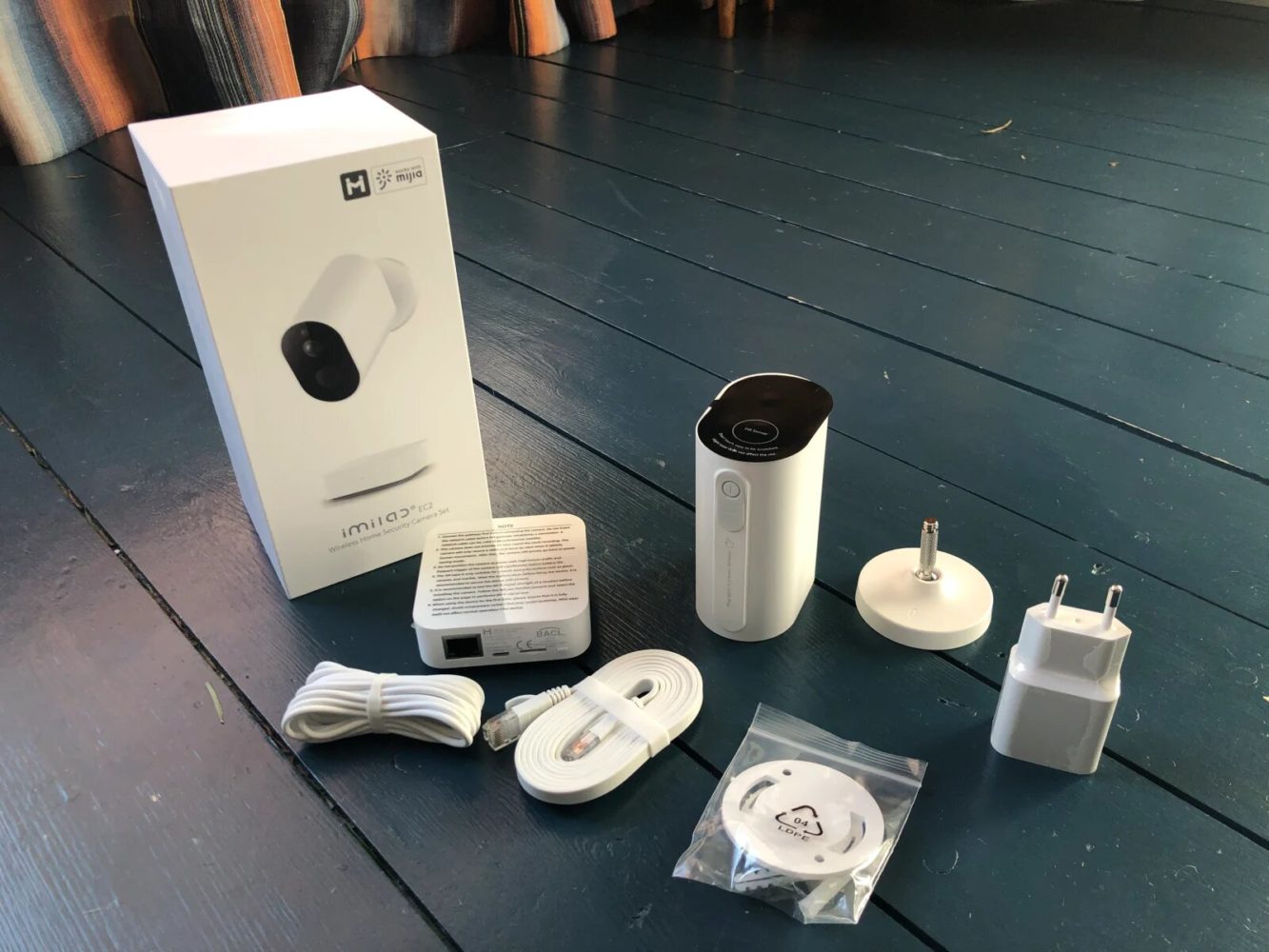 First of all, let’s talk a little about the design that this product has. This new security camera made for Xiaomi outdoors has the design that we are used to seeing in its products, a simple and elegant design, but at the same time very effective and functional. It is based on a small and white body, which is attached to a rounded base that can be easily placed in any type of exterior material. Also, on its front is the camera lens, which is located just above a motion sensor and just above infrared lights. 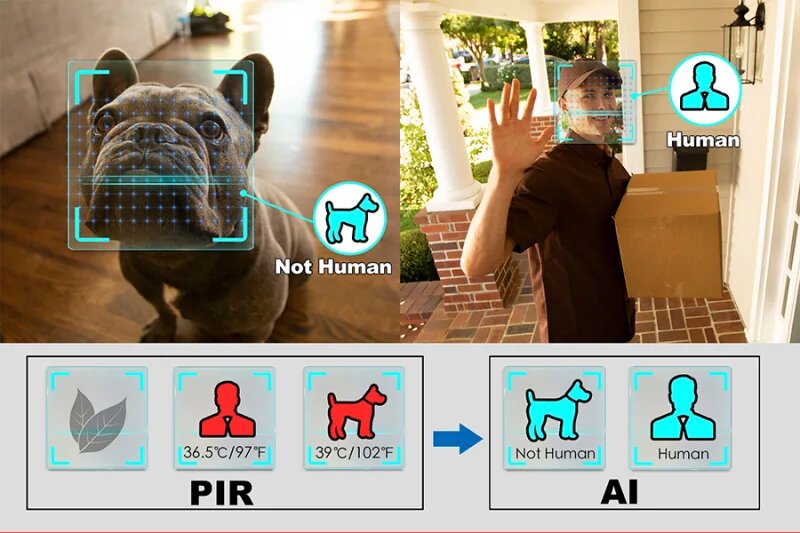 Now, having talked about its design and going on to talk about the features that are inside, this security camera has an incredible detail: thermal detection technology. While this detail is of great functionality on its own, it should be noted that this technology is divided into two: it has a special motion detection sensor with PIR (passive infrared) and also works with artificial intelligence.

Starting with the motion detection sensor with PIR, this is not equal to the rest that is available in the market, because it has a special technology that, although not only allows the camera to detect moving objects that generate heat, is also only activated by objects that generate heat only, so the camera will not be activated without need for objects such as feathers, leaves or small insects. Likewise, and this is where artificial intelligence comes in, this camera is also able to differentiate between humans and animals, as well as the sizes and proportions that each one has. 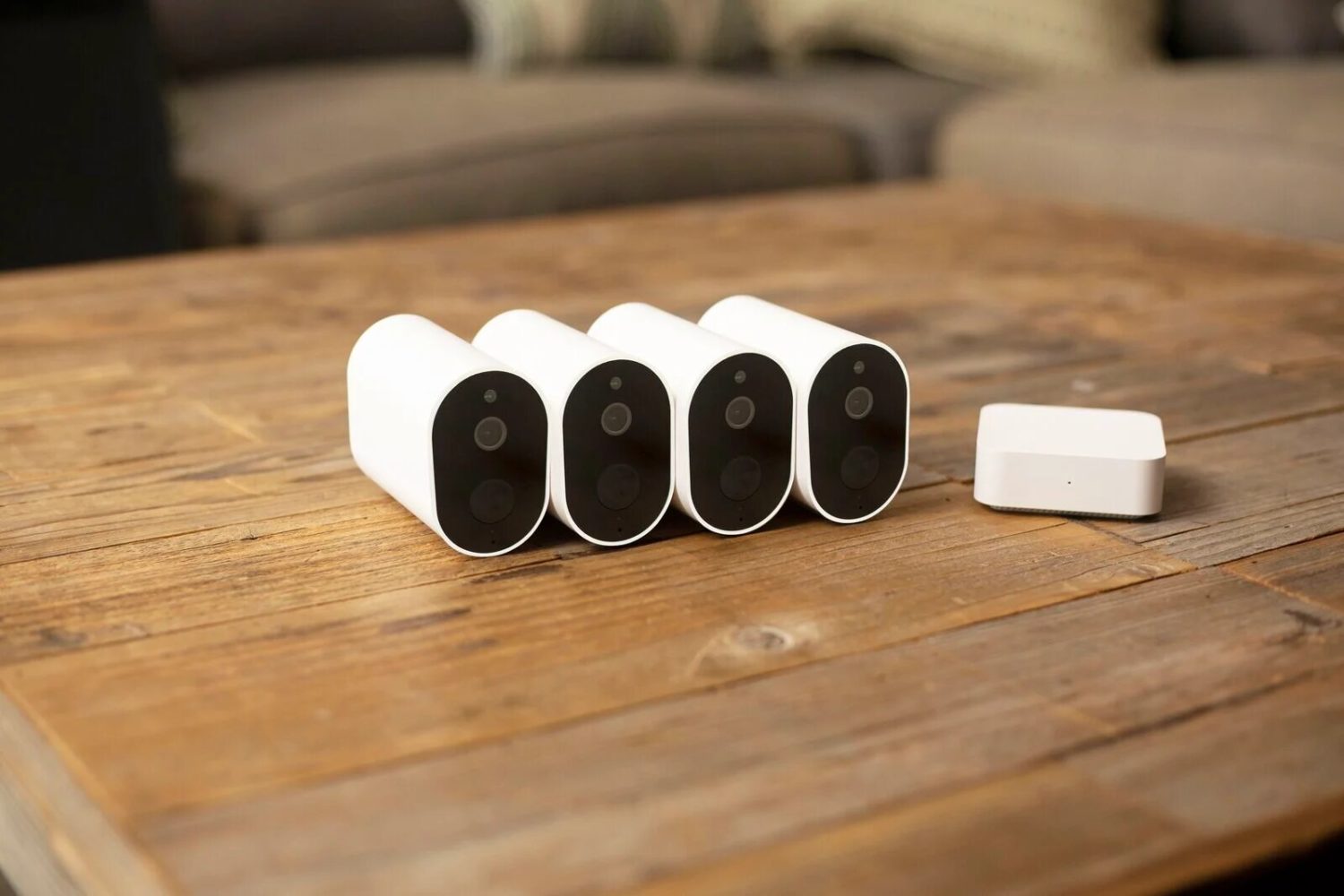 Definitely, one of the most important aspects that are related not only to security cameras, but to cameras of any kind, is the quality with which they have the images that they are able to capture, since thanks to this the users will be able to have a better view of everything that is going on around them. In relation to this, this new camera launched by Xiaomi brings two points more than positive, since it is capable of recording videos with a quality of 1080 HD, in addition to having a high quality night vision.

On the day, the videos captured by this product achieve a quality of up to 1080 HD (1920 x 1080 pixels), which allows the user to observe all possible and necessary details at some time. That being said, at night, the mode of this camera changes to an automatic night vision more than decent, which not only has an equally incredible quality, but also has passive IR detection, 120 degree lenses and a two-way speaker system that allows us, in addition to listening, to replicate any sound as many times as necessary.

Although over time the security cameras specially made to be placed outside our homes have been updated and renewed year after year, it cannot be denied that some of these still have a simple but annoying problem that it gives headaches to some users: they run out of battery in a very short time and, therefore, their functionality is reduced. Having said that, and knowing that it is a more normal problem than you think, this product launched by Xiaomi is saved from this evil, not only because it has special technology to save its battery, but also a single charge of its battery is capable of lasting up to four months.

Inside the body of this security camera is located a lithium battery that has a capacity of 5100mAh, which is able to give this product a durability of charging up to 120 days without stopping, so there will only be need to charge three times a year.

In relation to some of the smart features that this camera has, one of the most important is that it brings with it a special smartphone application, which will not only allow users to view images in real time to observe any situation, but in this it will also be possible to see information about the state of the camera, as well as the state of its battery, possible heating and more. Also, this small Xiaomi product also has the use of powerful artificial intelligence, which is used to track people and save storage space, because the camera does not start recording until it detects the movement of an object, avoiding thus long-lasting recordings without meaning, which is very common in the rest of the surveillance cameras.

On the other hand, and more focusing on the wireless connection of the device, it works through Wifi at a speed of 2.4 GHz, which is compatible with IEEE 802.1 b / g / n standards. Ending with these intelligent features, the camera application can run on Android 4.4 and higher versions, as well as iOS 9.0 and higher versions. 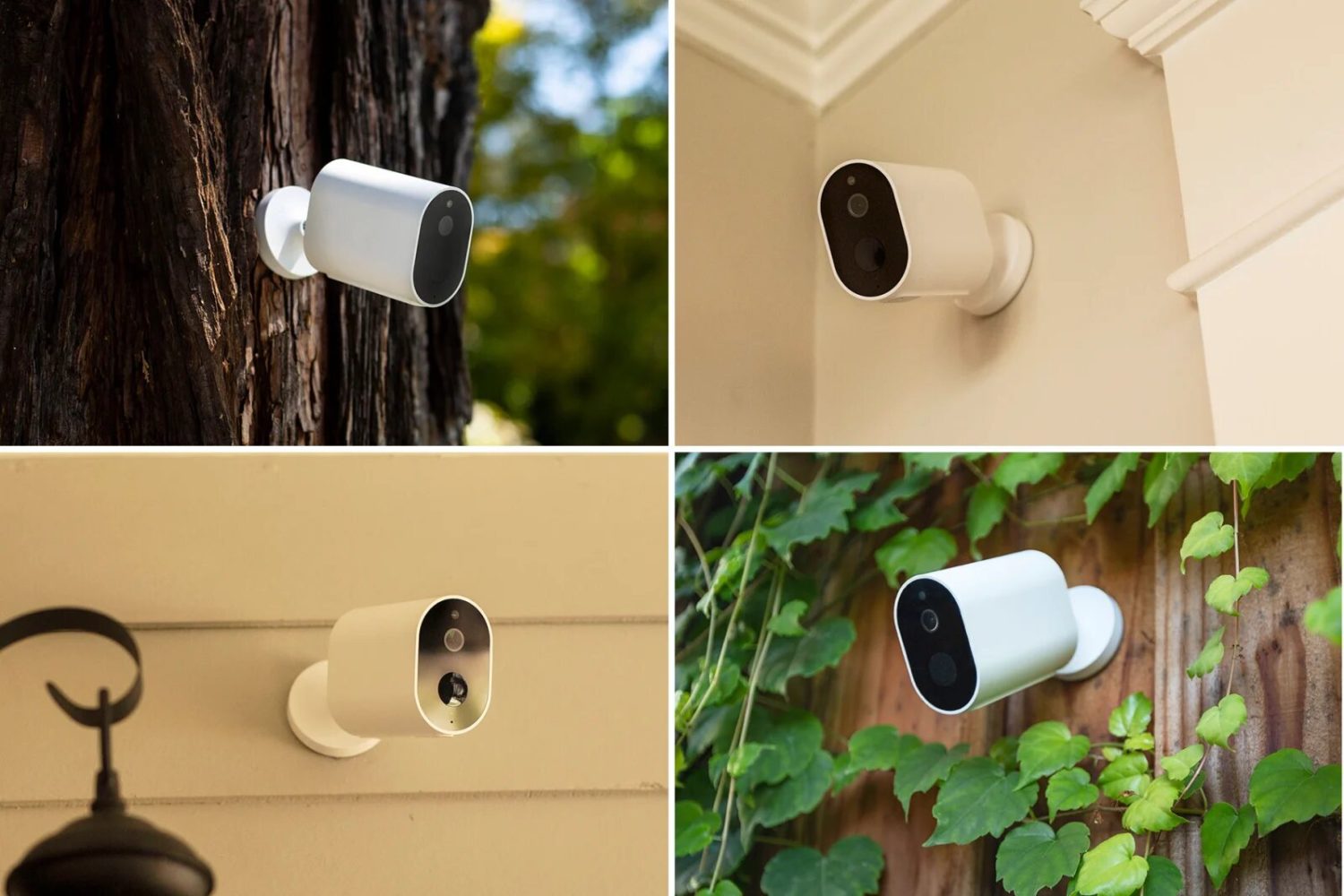 Where can you buy this product?

In case you are interested or interested in acquiring this device, here we have the solution. The IMILAB EC2 Xiaobai IP Camera is available in the Banggood online store next to a market price of $320.99, and by clicking on the following purchase button you will go directly to the store and you can purchase your own IMILAB EC2.