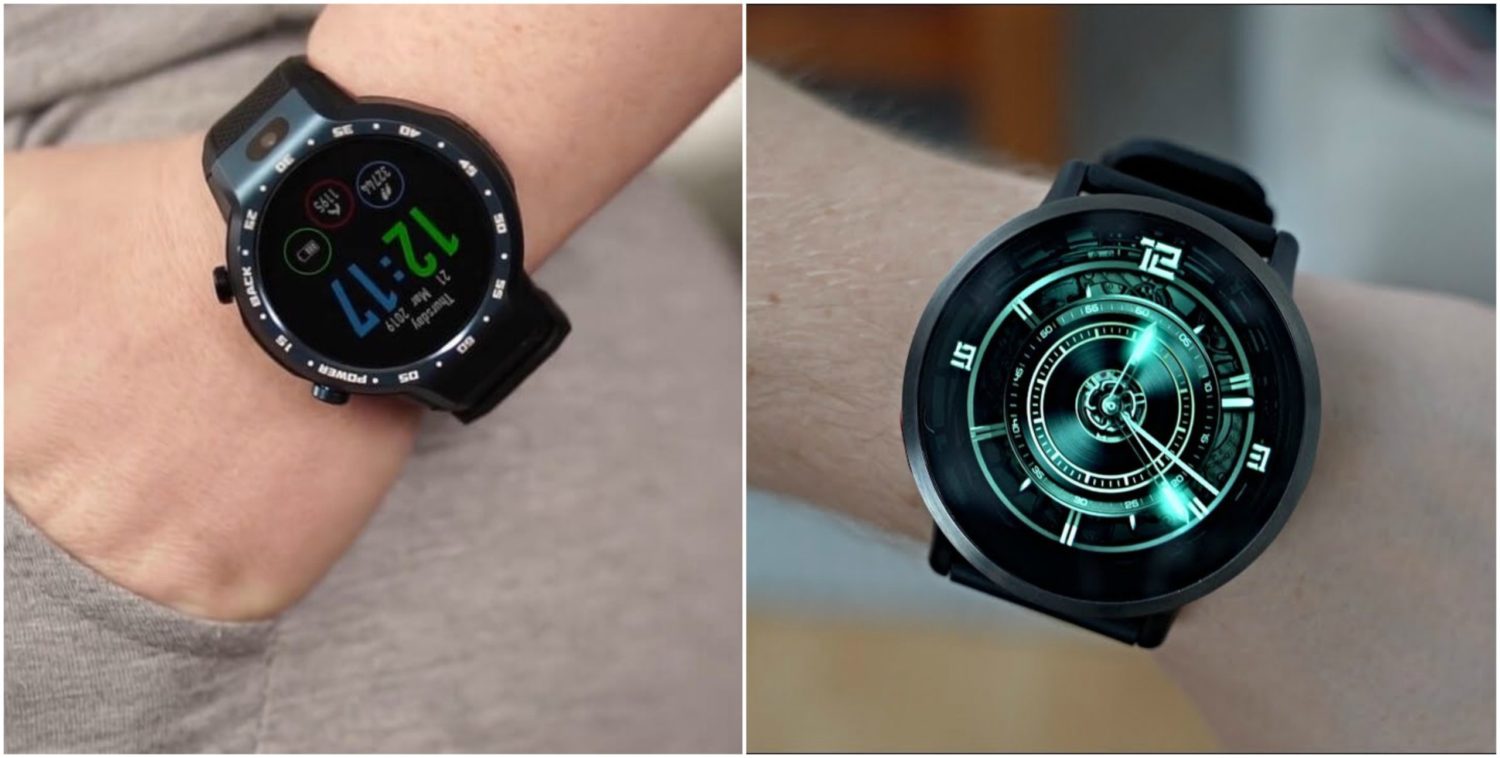 Lemfo Lem9 vs Lemfo X – Which One is a Better 4G Smartwatch?

As the smartwatch market continues to grow, and new models continue to be released, the simple act of getting a new smartwatch might even pose a dilemma for those potential clients who aren’t sure yet of which one is the best fit for them, so here we are, about to face off the Lemfo Lem9 vs Lemfo X so you can make the right choice and buy the smartwatch that you think would fit you and your lifestyle the best.

So, without further ado, let’s start with this comparison of Lemfo Lem9 vs Lemfo X and get to know which one is the better 4G smartwatch.

Starting with the first point of contact, the design of the smartwatches; they’re both stunning and attractive, but of course that is to be expected from LEMFO, a company that has time and time again proven they not only want to make the best smartwatches but that they want to make sure people can tell they’re the best by just looking at them. 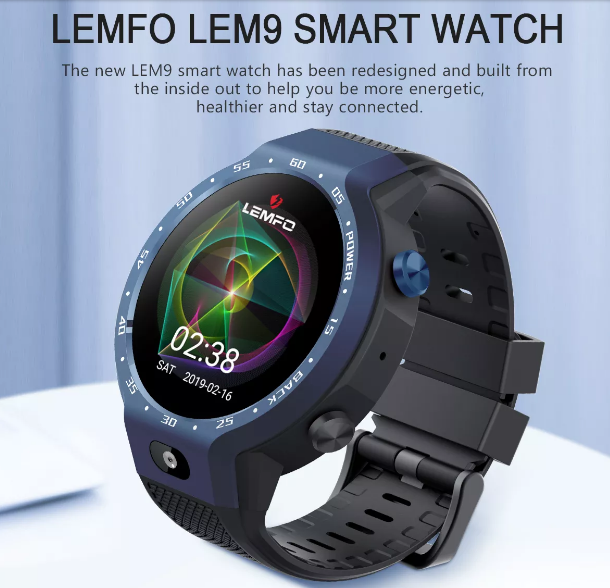 The Lemfo Lem9 may just be the smartwatch that has the sportiest vibe among all the smartwatches LEMFO has made up until now. The Lemfo Lem9 is lightweight thanks to its PC body and strong and resistant thanks to its aluminum bezel. The smartwatch itself has two physical buttons on the side and a 5MP camera on the screen, the strap is soft to the touch and also durable, and on top of that, it is also friendly to the environment.

Now, the Lemfo X is another thing entirely, if the Lemfo Lem9 is the sportiest, this one is the classiest, it’s metal body alongside its soft and elegant strap gives it this high-end mysterious and classy look. The chassis is made out of stainless metal.

On the side, there’s a red button that contrasts with the black watch and also it works as an unlocker and there’s also an 8MP camera. 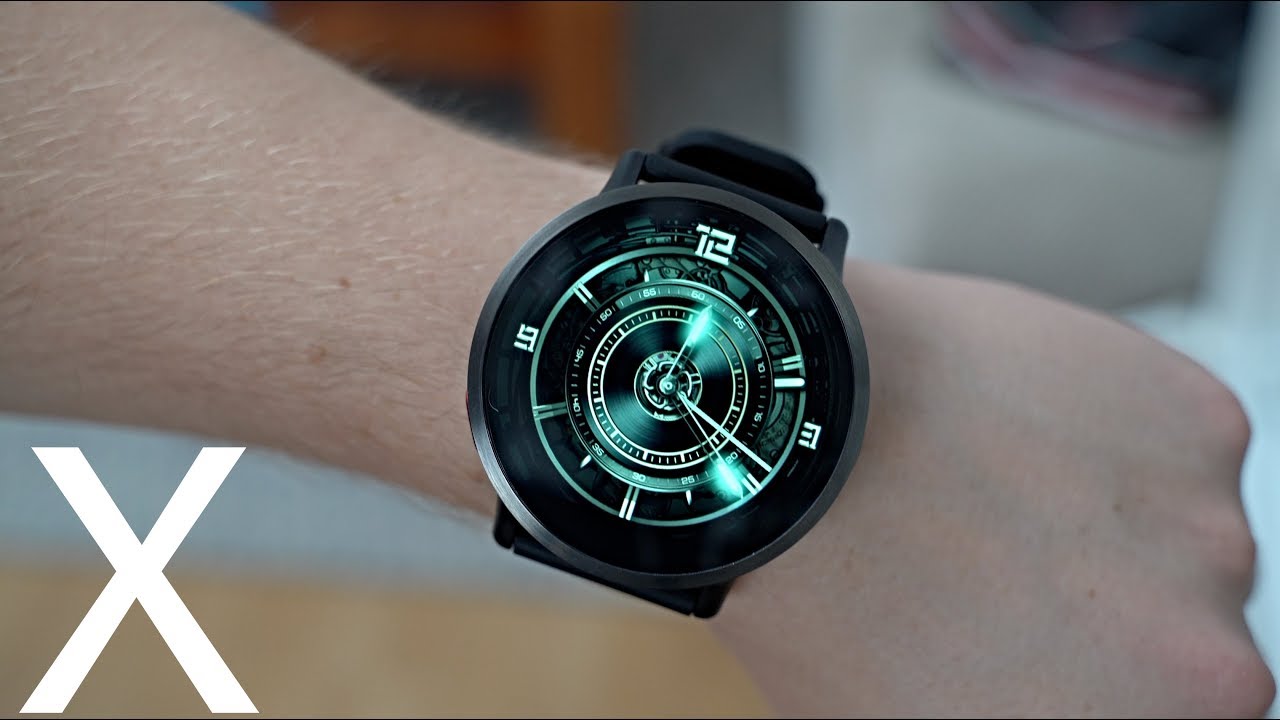 Going by looks alone, I cannot really state a winner because they both look gorgeous but if you really like that 8MP camera then I guess it is the Lemfo X the one that takes the point.

The Lemfo Lem9, just like most smartwatches, has heart rate monitoring integrated, alongside a GPS, aside from that it also has the capability of; taking pictures, recording videos, playing music and it even supports third-party apps from the Google Play Appstore. 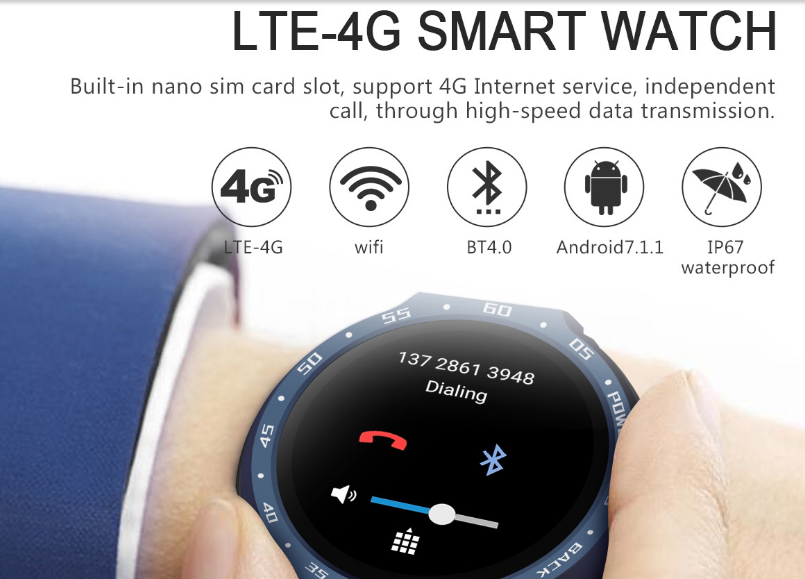 The Lemfo X, also includes a GPS, heart rate monitoring and plays music, it also supports Wi-Fi and Bluetooth so you can use it alongside your airpods to listen to music when you are out or in your house resting and it also notifies you when you get a message or interactions in social media, but the main feature of the Lemfo X and what separates it from the Lem9 is its in-built translator, this is a God-sent function for those who travel aboard with frequency. 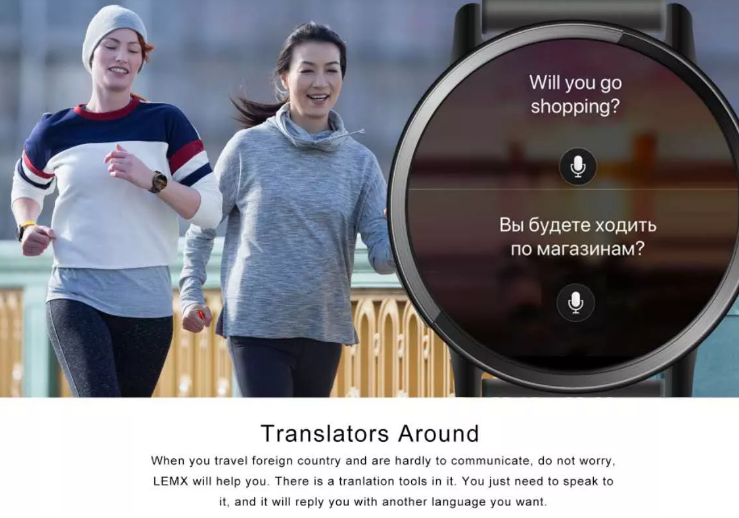 While the Lemfo Lem9 has a high-resolution 1.39 inch big, 454 x 454 pixels AMOLED screen that makes it a delight to look at as it provides a sharp, vivid color display and a full clear picture

Is bigger always better? Well, that’s up to the customer to decide but if the answer is yes, then the Lemfo X is the way to go.

The Lemfo Lem9 supports not only Wi-Fi and Bluetooth 4.0 but also 4G LTE, so you can make and receive calls and messages, and on top of it, the Lem9 also comes with a built-in GPS and thanks to its connectivity you won’t have problems positioning yourself in the global map in no time. 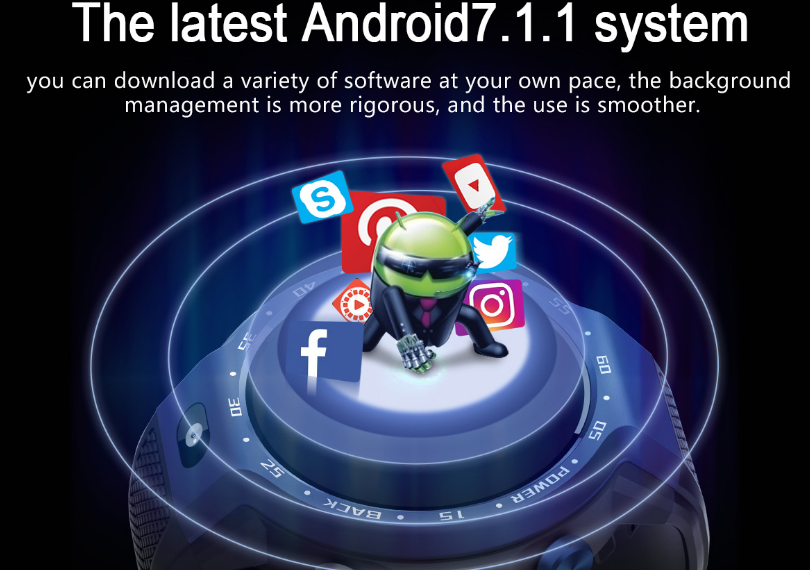 The case is the same with the Lemfo X, as it has a 4G LTE network, alongside with Wi-Fi connection, GPS and Bluetooth 4.0. 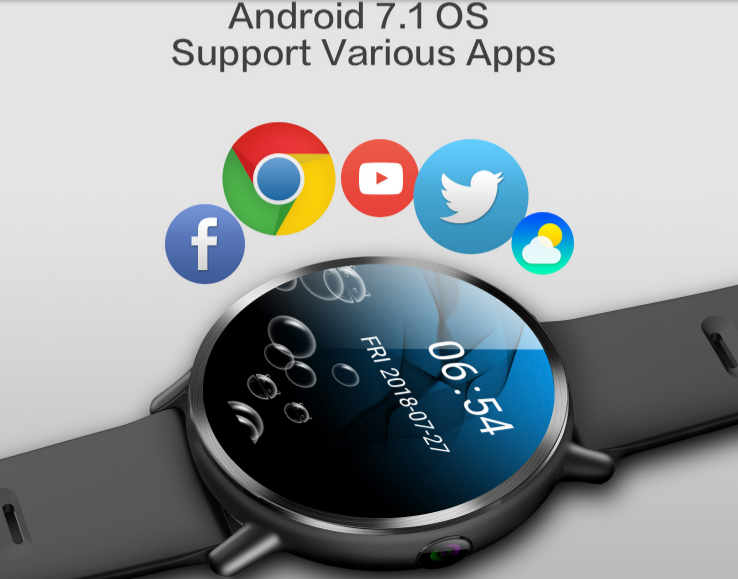 When we talk about the customization of these smartwatches, there’s a lot that you can do to make it really look like it belongs to you and no other person, this, thankfully is included in both, the Lemfo Lem9 and the Lemfo X so you can customize your background, apps faces and more! 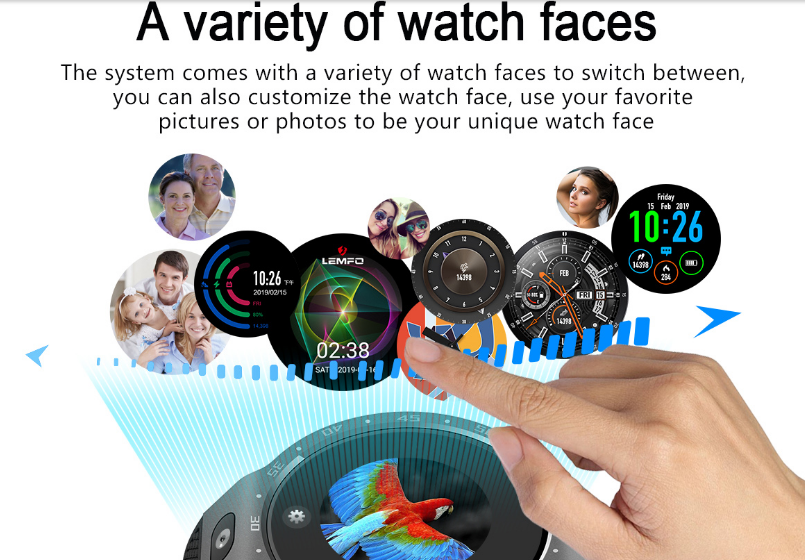 But if you really care about the customization aspect of the smartwatches, the Lemfo X is the way to go, not only you can customize the look of the screen, but the smartwatch itself to the point where it looks more like your more stereotypical fitness-oriented smartwatch, while also retaining its fancy look. 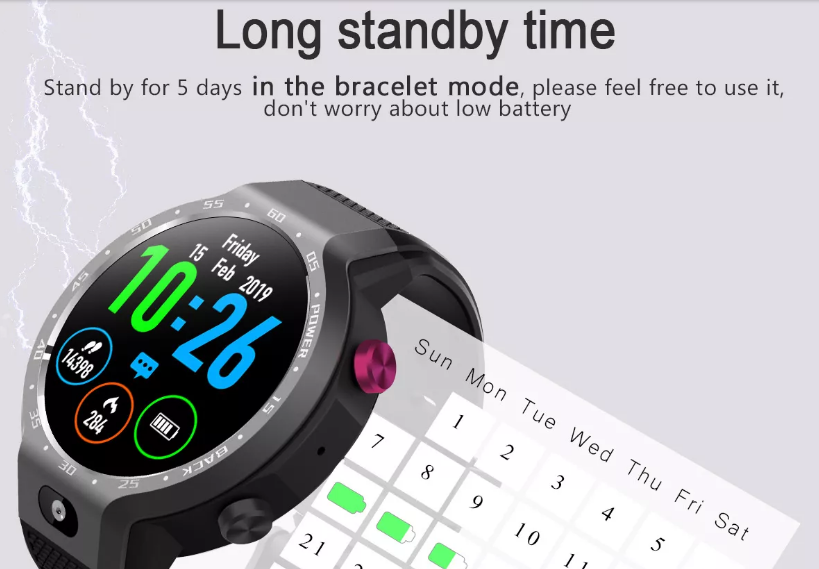 The Lemfo Lem9 takes the point.

While the Lemfo Lem9 is cheaper by a good $30, standing at a $159.99 and the Lemfo X costing $189.99 it is worth remembering that the materials and the extra features that the Lemfo X has may be worth the extra $30.

As usual, it boils down to your personal preference, if you just want a really good smartwatch and you are not willing to pay the extra $30 then go get the Lemfo Lem9, and if you don’t mind the price and are looking for a more business-oriented smartwatch that can also turn into a sporty one, then the Lemfo X is the one you should be getting