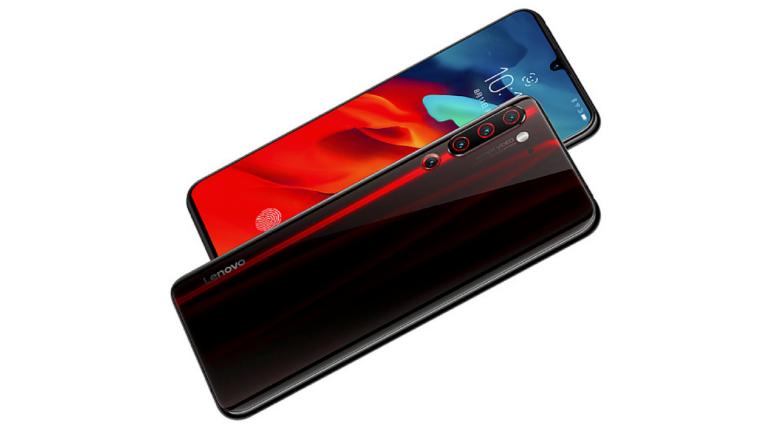 On July 1, Lenovo set the release date of its upcoming Snapdragon 730 flagship ‘Lenovo Z6’.  The phone will be officially released at 11:30 am on July 4.

According to the configuration information of the previous exposure, Lenovo Z6 is equipped with Qualcomm Snapdragon 730 mobile platform, built on the 8nm process. The CPU part uses the same 4-series Kryo core as the Snapdragon 855. The main frequency is 2.2GHz, which is 35% higher than the previous generation.

Concerning the appearance, Lenovo Z6 with some intelligent internal placements is the second smartphone to feature a 4000mAh battery within a thickness of 8mm. Not only that, the whole chassis adopts the lightweight design. To be specific, the weight of Lenovo Z6 is controlled at 159g, 6g lighter than Meizu 16Xs, and 47g lighter than OnePlus 7 Pro. Indeed:

Lenovo Z6 is the Lightest Phone featuring a 4000mAh battery

In terms of photography, Lenovo Z6 will feature a triple rear camera configuration. Getting into the details, there’s a 24 MP primary camera, 1.8-micron equivalent pixels, F/1.8 aperture, support 24 MP straight out, combined with an 8 MP telephoto lens which can achieve 2x optical zoom and 8x hybrid zoom; and a 5 MP professional portrait blur lens. The main sensor model is the Sony IMX576 with 24.8 million pixels, a sensor area of ​​1/2.78 inches, and a single pixel size of 0.9 microns. 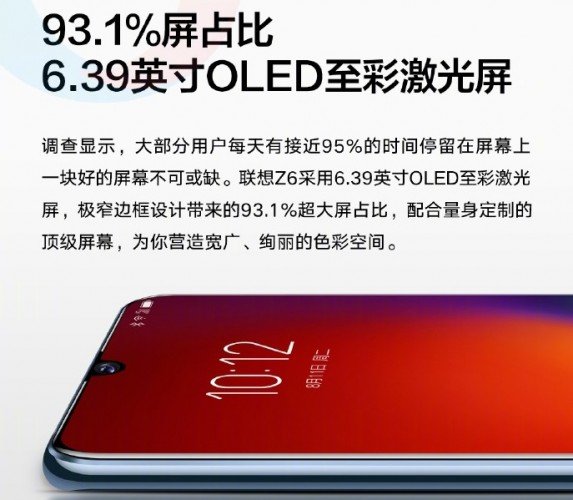 On the screen, the Lenovo Z6 is equipped with a 6.39-inch OLED to color laser screen, which accounts for 93.1% of the screen. Full coverage of the DCI-P3 color gamut, 33% higher than the traditional sRGB color gamut. Surprisingly, the highest brightness reached 600 nits, the screen sampling rate increased to 120Hz, in addition, the Lenovo Z6 is also equipped with the sixth generation of on-screen fingerprint recognition. Indeed, the ground-breaking display is the greatest selling point of Lenovo Z6.

Now that the release date of Lenovo Z6 is announced, we just have to wait and see how good the display actually looks.