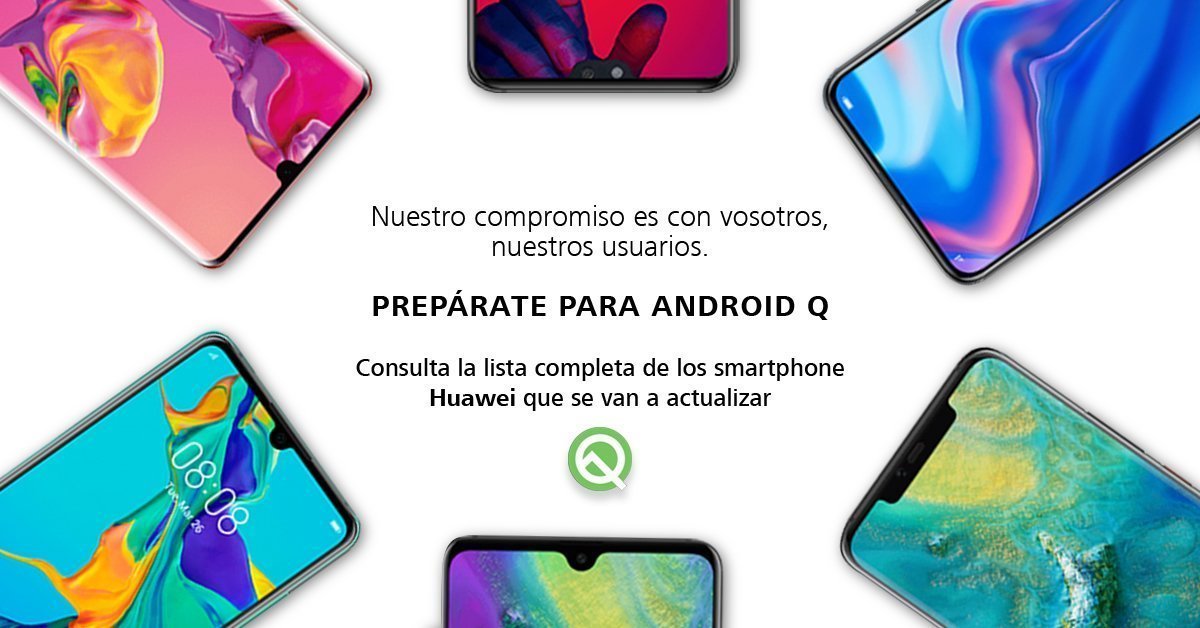 After the Huawei ban in the US, Google quickly cleared the line with Huawei and removed Huawei Mate 20 Pro from the Android Q (Android 10.0) Beta test list. However, later on, the phone quickly rejoined, and Google is still fighting with the US government to continue providing Android updates. For Huawei’s phones to support an upgrade to Android 10 Q in the future, there have been widespread concerns before, but at present, it is not a thing at all, and everything will continue normally. Recently, @Huawei Spain on Twitter has just officially announced the first batch of Huawei devices / phones that will be upgraded to Android 10 Q EMUI 10. There are  a total of 17 models:

Obviously, the China update list will be different from the global one. Apart from Mate and P series, Huawei and Honor series will not be absent for the Android 10 Q update since Huawei has one of the best Android update support offering update to even two years old phones.

Moreover, as a backup, Huawei has been preparing its own OS known as ‘Hongmeng‘ and will release either this fall or the next late spring.

Although it may be that the situation has improved, Huawei now says that Hongmeng has no exact timetable for the release, but such a toss, Huawei’s road to independence will undoubtedly be more determined, such as the revolutionary Ark compiler which will become an open source in August. And not only for Android, the industry generally believes that this is paving the way for the Hongmeng system.

More Huawei devices / phones will be added to the list of Android 10 Q (EMUI 10) once made official. So, stay tuned!