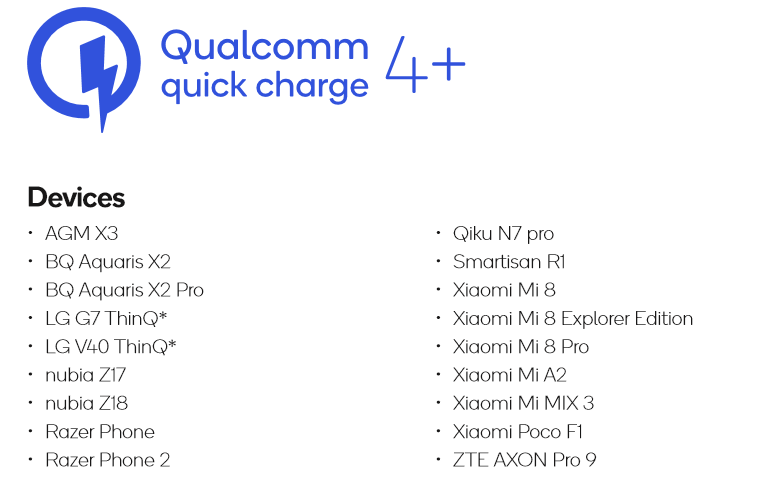 Previously, in the first list of QC 4+ smartphones, there were only 8 smartphones supporting it. Till now, 10 news devices have been added to the list, where Xiaomi smartphones dominate the list.

Quick Charge 4+: Everything We Need To Know

Qualcomm’s Quick Charge 4 charging technology is the first to be compatible with the USB PD2.0 protocol. It eliminated the 12V voltage and boosted the power to 28W. The standard 5V can output 5.6A maximum, 9V can output 3A, and the voltage is subdivided into 20mV.

With the rapid popularization of USB PD fast charging, more and more mobile phones and chargers supporting QC4+ fast charging are available on the market. 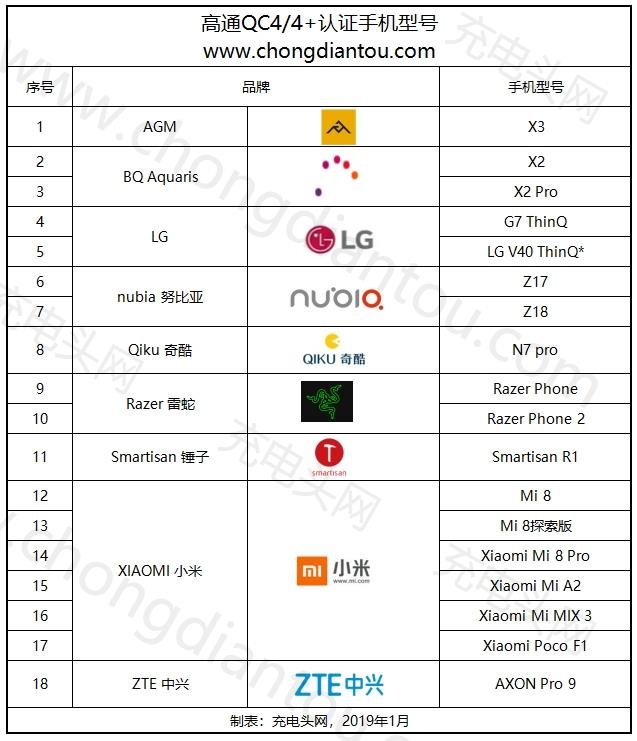 After charging, the head network has found that 18 mobile phones from 9 brands have obtained Qualcomm QC4/4+ certification.

The only problem is that the limited availability of the QC 4+ chargers sold exclusively on the internet. Let’s see when that is solved.