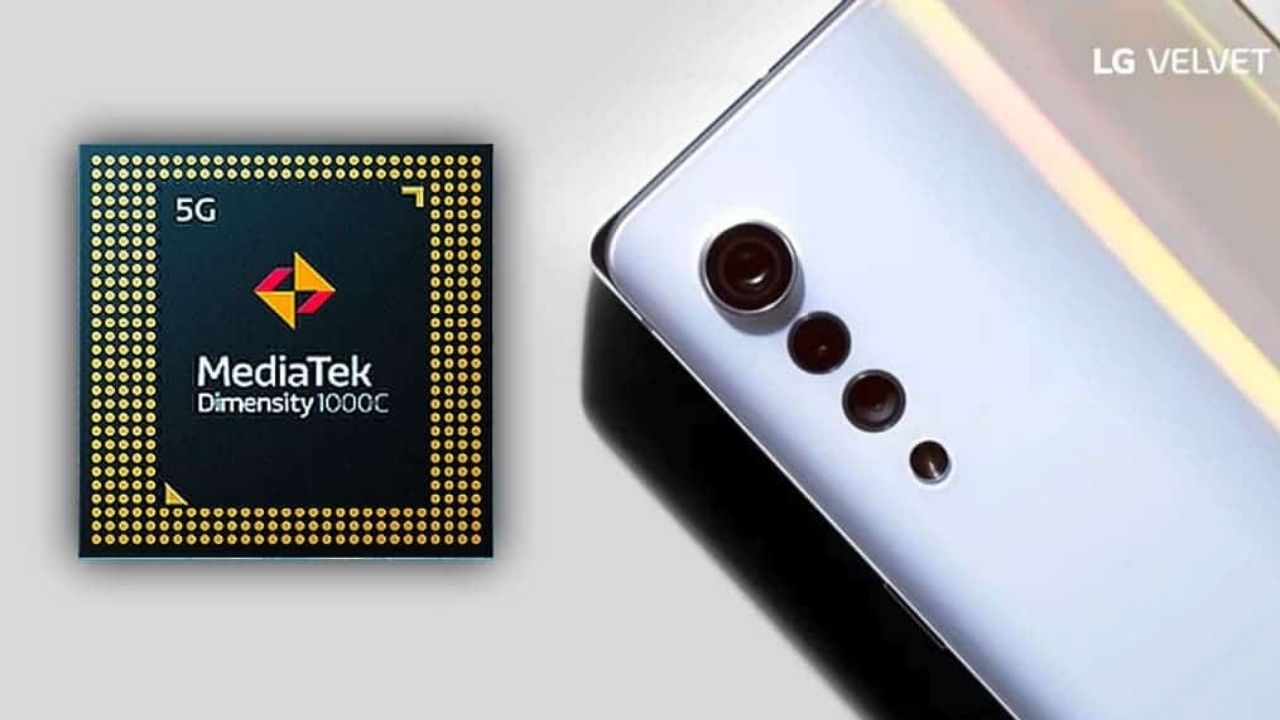 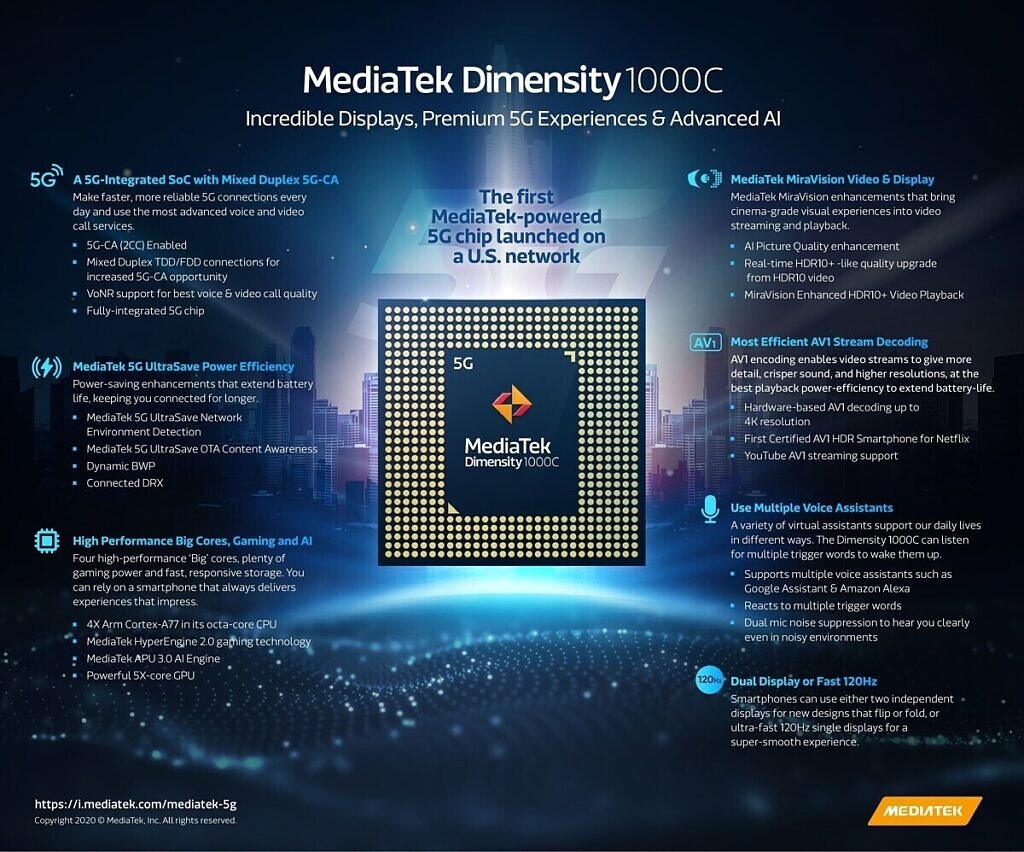 Dimensity 1000C 5G features 7nm LPP FinFET process by TSMC which is similar to all the other SoCs in 1000 series.

Dimensity 1000C uses the same dual-cluster, octa-core design (4 +4) as the other Dimensity 1000 SoCs. However, the frequency of the cores has been reduced compared to the standard Dimensity 1000. The core configuration we witness is:

The 600MHz gap is huge. Even the Dimensity 820 has 2.6GHz frequency on the previous version of A77 which is Cortex A76. Looking at this, the SoC is definitely positioned between Dimensity 820 and 1000. However, the CPU performance is really closer to Dimensity 820.

Dimensity 1000C GPU has also been reduced. We see the Mali–G57 GPU, with only 5 cores (MC5). Features such has HyperEngine Technology still remains.

Thankfully, the AI of Dimensity 1000C has been retained which is the iconic APU 3.0 which topped the AI benchmarks. However, since the GPU also plays a part in AI performance, the AI performance is the lowest in the 1000 series, better than Dimensity 820. On AI Benchmark, we can expect it to have an AI score of 80 to 83 points, placing at second in the rankings. 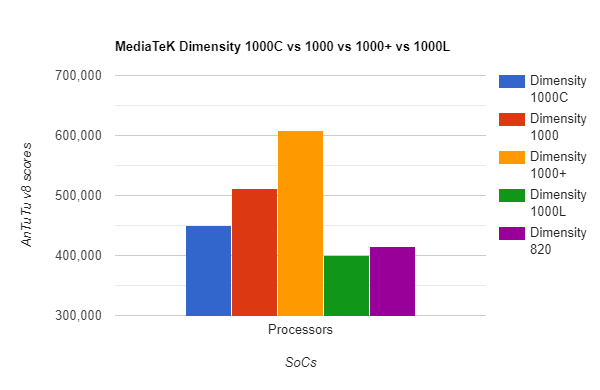 In terms of 5G, although technical changes such as frequency bands have not changed much. The only change we see is from 200MHz bandwidth to 120MHz.

However, 5G network speed has been reduced by half, from 4.7Gbps to 2.3Gbps DL and from 2.3Gbps to 1.2Gbps for upload. It looks like Dimensity 1000C doesn’t use the original Dimensity 1000 integrated modem but instead uses the modem of the Dimensity 800 family.

Other connectivity features include WiFi 5 which has been changed from WiFi 6, while the Bluetooth 5.1 has been retained.

Moreover, MediaTek Dimensity 1000C is specialized for the US audience.

In simple words, this 5G chip is customized for the US T-Mobile operator and will be used on the latter and LG’s customized LG VELVET phones, and it should only be used in the US market.

In terms of ISP, the max single camera support has been reduced from 80MP to 64MP. However, the dual-camera support remains the same which is 32+16MP. Advanced AI camera filters haven’t been changed along with the ImageQ ISP 5.0.

These features have been retained:

These features have been added in Dimensity 1000C 5G:

At the moment only one phone has been confirmed to feature Dimensity 1000C for the US market only:

The price of a MediaTek Dimensity 1000C 5G phone will solely dependent on the phone and manufacturer which features it. However, since the SoC is US only and LG is using it, we can aspect the price to be around $599 for the LG Velvent 5G T-Moblie Version.