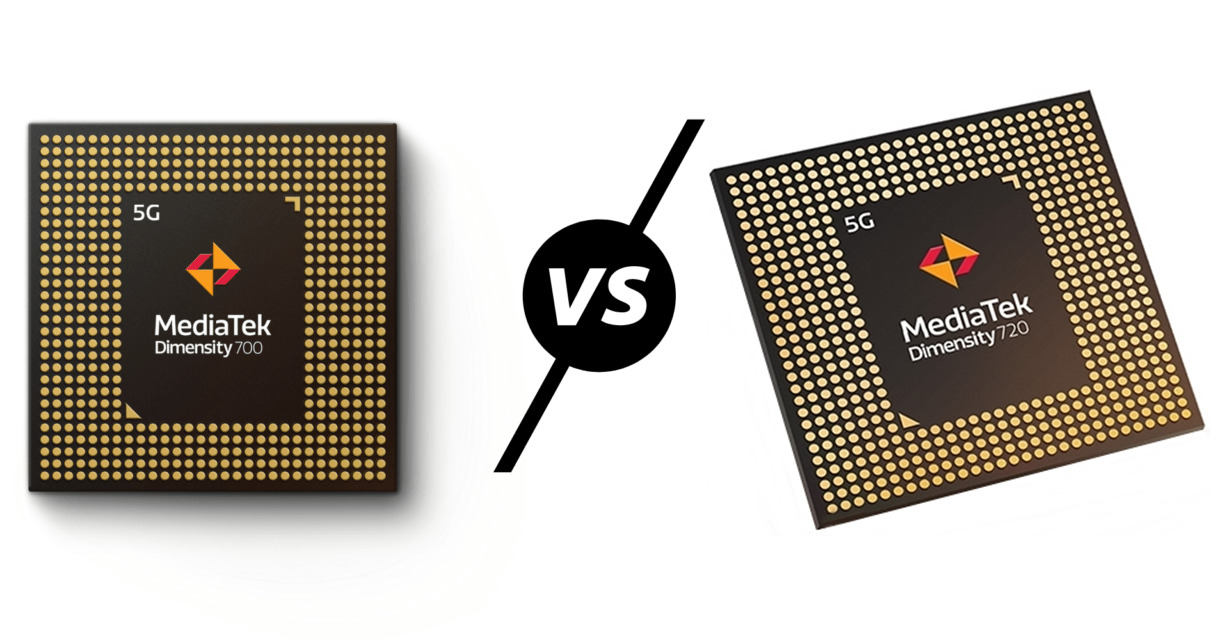 MediaTek Dimensity 700 vs 720 – All The Differences You Need To Know!

Getting to talk about the CPU inside these processors, both have a dual-cluster, octa-core design (2 + 6) CPU, which is distributed as follows in the MediaTek Dimensity 700:

On the other hand, and although it was mentioned that the MediaTek Dimensity 720 has the same design, it is distributed in a slightly different way, and it is as follows:

Now, although both processors have the same number of cores, a small but very important detail is what differentiates the best of these two, and it is the speed at which the two high-performance cores work. In this sense, and thanks to a minimum increase of 0.2GHz, Dimensity 700 takes the prize in this category since it has more power.

While the GPU inside the Dimensity 720 runs at a lower speed, the fact that it has an extra core gives it greater operating power, which allows it to provide more power to the devices it is on.

Related to Artificial Intelligence, Dimensity 700 like Dimensity 720 doesn’t have the iconic APU 3.0 as found in Dimensity 1000 series. Instead, in the 700 version, we see an AI accelerator that provides AI capabilities but at a very basic level, while in the 720 version we can see a MediaTek APU, although nothing, in particular, is specified. 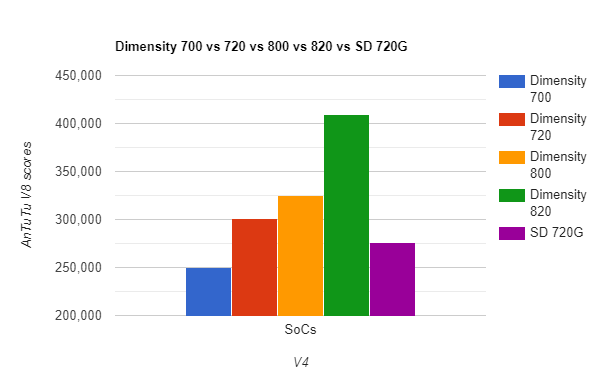 On the other hand, and being similar to other Dimensity SoCs, the Dimensity 720 also supports 5G dual-sim networking with a max speed of 2.4Gbps. Other connectivity features are dual-band WiFi support and Bluetooth 5.1 module.

About their memory, both processors support LPDDR4x memory with a maximum frequency of 2133MHz and UFS 2.2 storage type. Also, in both, you can get 12GB of RAM memory.

Select MediaTek Dimensity 700 if you want:

Select MediaTek Dimensity 720 if you want:

I hope you loved this MediaTek Dimensity 700 vs 720 comparison. Which one is your favorite SoC? Let us know in the comments.