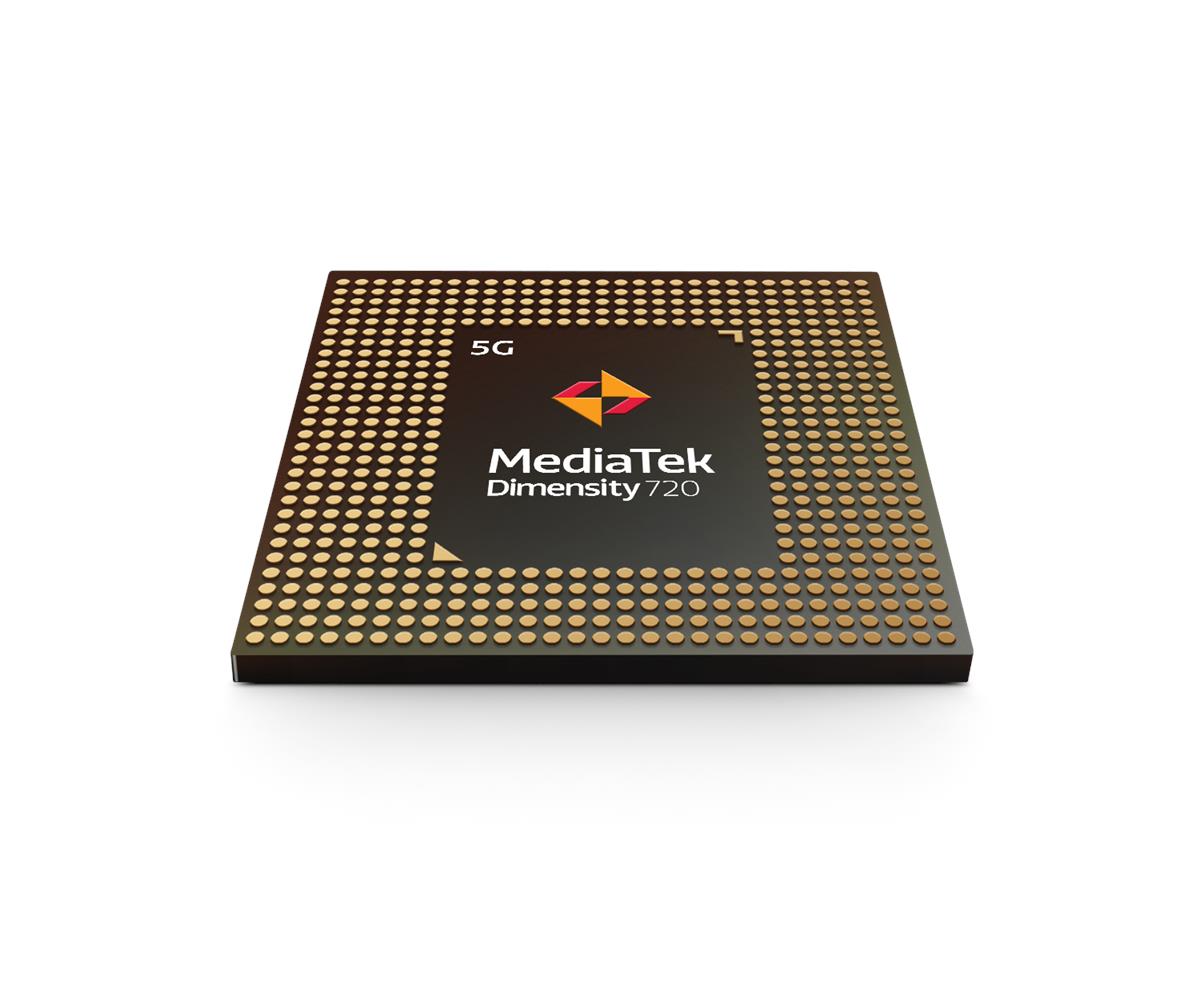 Today, MediaTek announces another processor in its range of Dimensity SoCs which is called MediaTek Dimensity 720. This one is a mid-end SoC and the first entry to the 7xx series of Dimensity processors. It’s similar to 820 and 800 but has a slightly decreased performance compared to them. However, it also enables mid-end performance smartphones at a much better price. 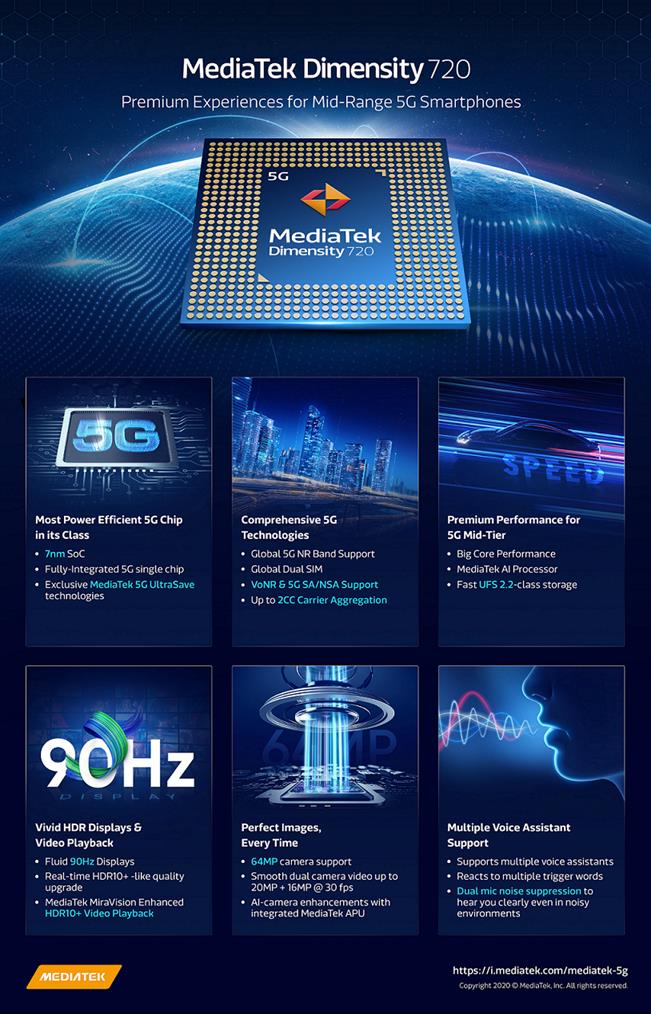 Let’s get to know the newly released MediaTek Dimensity 720 SoC and discover its specs, features, and AnTuTu benchmark score:

MediaTek Dimensity 720 – Everything We Need To Know

Similar to MediaTek 820, Dimensity 720 also uses the TSMC 7nm LPP process making it one of the best power-efficient SoCs in MTK lineup. It’s an N7 process.

The GPU section also experiences a change. Much like Dimensity 820, it’s still the mid-performance ARM Mali-G57 MC3 but instead of 5 cores, it’s reduced to 3 cores only. This will be suitable for low-end gaming including PUBG at low to mid graphics.

MediaTek hasn’t highlighted the HyperEngine feature in this SoC, so we assume that it’s not present.

MediaTek doesn’t state that it has the same APU used in Dimensity 800 and 820. However, the company says that it has an AI acceleration and support AI camera features.

The official MediaTek Dimesnity 720 AnTuTu score is around 301,380 points on Realme V5.

The camera section has also been stripped down. Now we have the single-camera support up to 64MP and dual-camera support up to 20MP+16MP only. Like said, we do have AI camera features and other camera features are completely changed removing Video HDR / Video NR / Video Bokeh / Video EIS / AI-Shutter / AI-AE / AI-AF / AI-AWB / AI-NR HDR / AI-HDR / AI-FD and replacing them with HDR-ISP, Multi-Frame NR, 3D Noise Reduction, Depth Engine, Warping Engine, AI-FD. 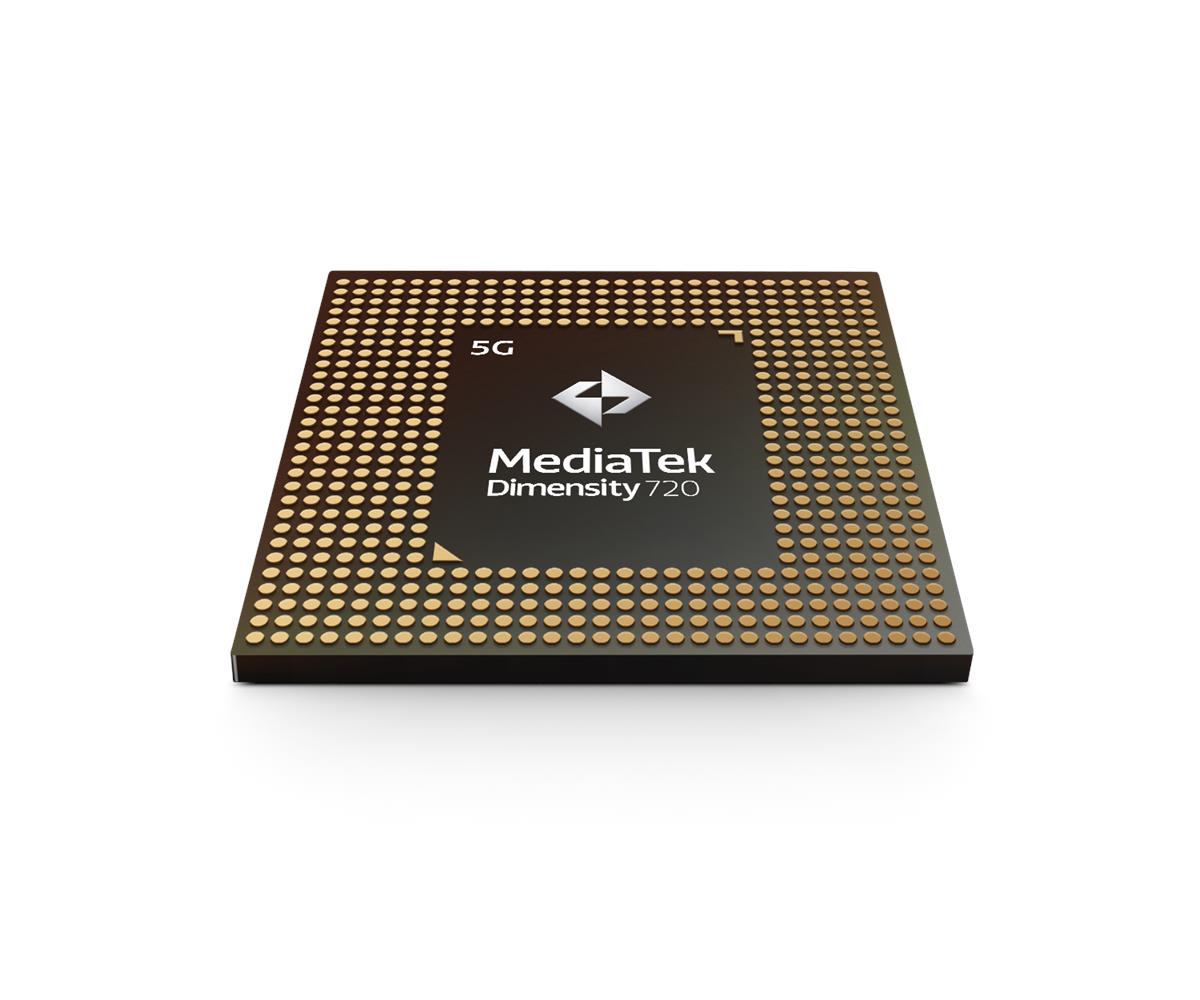 You can also see the specs and features of other SoC including:

I hope you loved the article about MediaTek Dimensity 720. Want to know anything? Let us know in the comments.