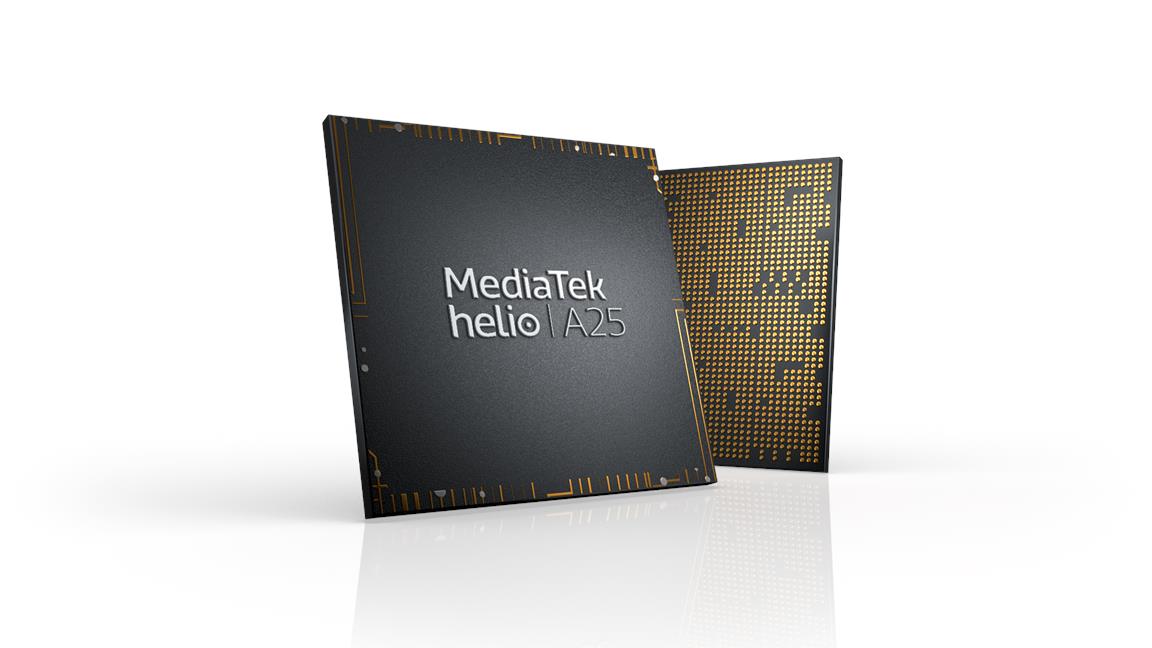 Today, MediaTek adds a new SoC from the Helio series and is called ‘MediaTek Helio A25’. This one is an entry-level SoC designed for budget-friendly smartphones. Moreover, Helio A25 also enabled AI capabilities in the entry-level market and yes we might be referring AI camera features and MTK’s NeuroPilot. So, without wasting any time, let’s move to the specs, features, and phones featuring MediaTek Helio A25.

MediaTek Helio A25 – Everything We Need To Know

The A25 uses the 12nm FinFET process by TSMC. Since it’s an entry-level SoC, the process seems to be fine knowing that there are many entry-level SoCs which are still running on the 14nm process in 2020.

Let me be clear, don’t expect any sort of high or mid-performance from this SoC, since it’s not even using the latest Cortex A55 architecture. But instead, it uses its previous generation which is Cortex A53 which doesn’t even exceed the 1.8GHz max frequency. The A25 is only made for power-efficient performance and for ultra-cheap smartphones under the $100 (and even lower) price tag.

MTK Helio A25 has IMG PowerVR GE8320 as the GPU which offers casual entry-level gaming only. The GPU frequency is 600MHz and is only a single core.

MediaTek Helio A25 doesn’t have a dedicated AI or DSP. However, it does offer NeuroPilot and AI camera features.

Here’s MediaTek Helio A25 Antutu score compared with Helio P22 vs Helio P25 vs A22 vs Snapdragon 439: 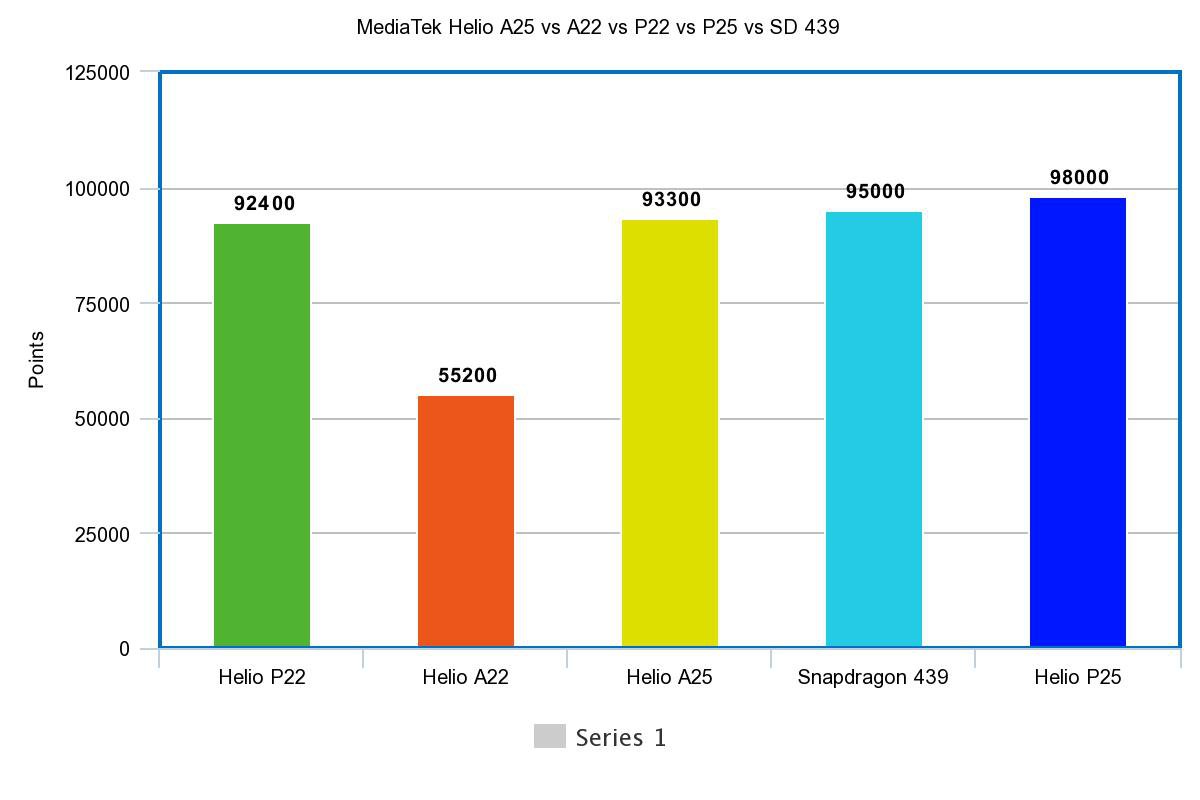 Helio A25 doesn’t support 5G networking. That being said, it offers 4G LTE and FDD networking. The maximum download speed for 4G LTE is Cat-4 (16 Mbit/s).

As we can see the AI Face ID, Bokeh and AI smart photo album are the highlights of this SoC.

The SoC supports a maximum display of HD+ (1600 x 720 px) resolution. All phones using these SoC will have this or below resolution.

MediaTek Helio A25 Other Features

All phones running on A75 will have max RAM support of 4GB which could be LPRDD3, LPDDR4, LPDDR4x, and eMMC 5.1 storage.

It’s good to see some nice optimizations and features as well such as:

Since this is MediaTek, we won’t see the Helio A25 limited to a specific manufacturer, but almost every phone manufacturer. The price range of phones in which this SoC is present is from $50 to $100 which is the entry-level phones. As of now (July 27, 2020), it’s present in 5 phones: