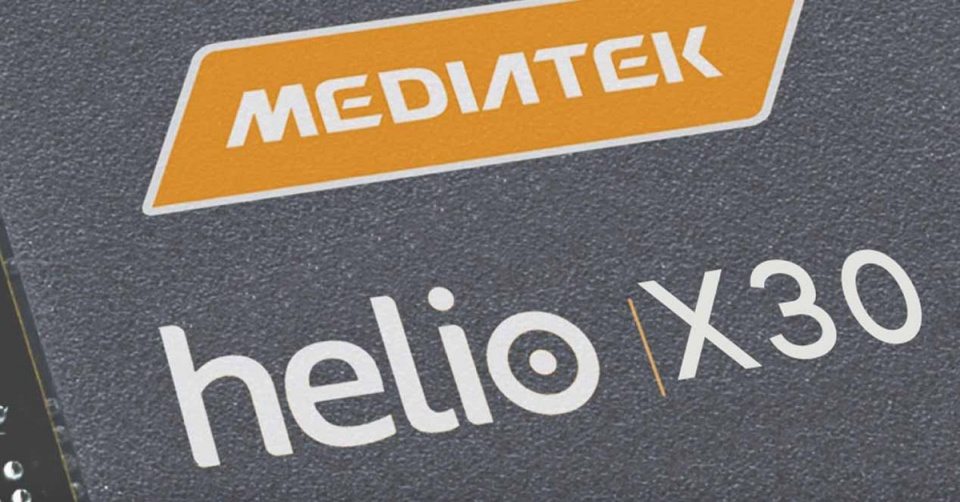 On July 26, the successor of MediaTek Helio X series was released, and Meizu PRO 7 and PRO 7 Plus were the first to integrate it. Let’s find out whether MediaTek Helio S30 is a great success or a total flop in this MediaTek Helio X30  SoC review:

The Helio X series is known for the tri-cluster architecture based on the deca-core CPUs. MediaTek Helio X30 passes the same architecture but with better CPUs. Although MediaTek claims that Helio X30 features  2 * 2.5GHz A73 core, 4 * 2.2GHz A53 core and 4 * 1.9GHz A35 core. However, the first phone of X30 ‘Meizu PRO 7’ has something else to say with the overclocked 2*2.6GHz A73 core. 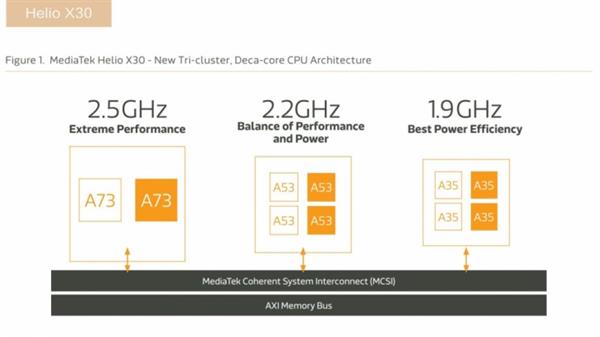 In addition to the deca-core CPU, IMG PowerVR 7XTP-MT4 serves as the SoC’s GPU, clocked at 800MHz. Concerning baseband, X30 supports a maximum 450Mbps downlink rate, 150Mbps uplink rate. Moreover, LPDDR4X memory and UFS2.1 flash memory are also compatible. The greatest highlight of MediaTek Helio X30 is the use of TSMC’s 10nm FinFet process technology, which is the most advanced semiconductor technology till date. 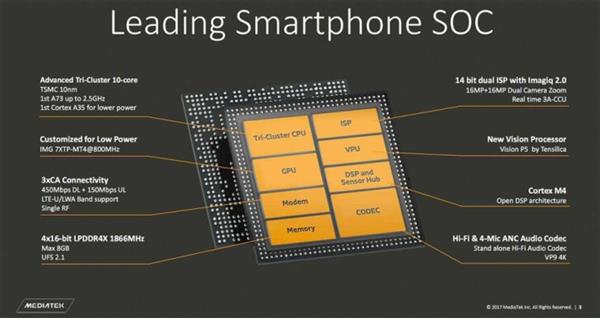 When it comes to performance, MediaTek Helio X30 is pretty impressive in the AnTuTu benchmark. It scores 140259 points in the benchmark making it a high-end SoC. As you can see, it beats Xiaomi Mi 5 (Snapdragon 820) which scored 137875 points. The performance gap (2384 points) between SD 820 and Helio X30 isn’t that much, making it a close call. Plus, the better process technology is the actual reason for the gap. 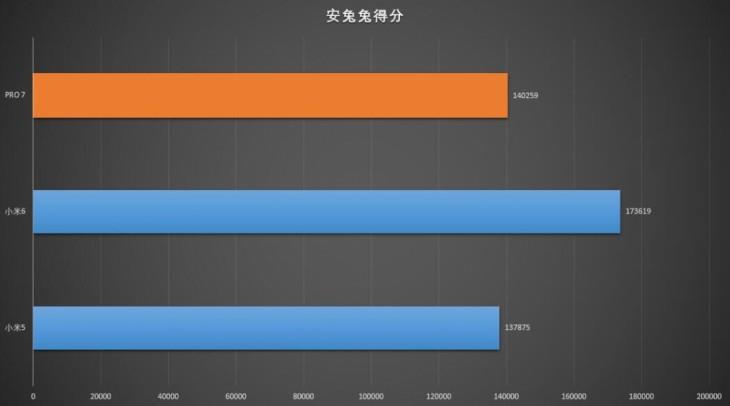 Getting into the details, the detailed benchmark of the entire hardware is shown below. We can see that in CPU performance, Helio X30 beats SD 820 and SD 835. Even there’s a close call in RAM, UX benchmarks. However, the change can be witnessed in GPU performance. X30’s PowerVR 7XTP-MT4 GPU is the low point of the SoC. It’s a disappointment as it isn’t able to even beat SD 820’s Adreno 530, so beating SD 835’s Adreno 540 is too far than a dream.

Summarizing everything, if you are looking for a great CPU performance, X30 may beat SD 835. But if you are expecting a great graphical performance, Helio X30 may disappoint you.

In comparison with Helio X20, the new MediaTek Helio X30 has a better core scheduling. The most obvious manifestation is that the core is more active, in many scenes seven core or more are active, such as in the king glory game, X30 at least to ensure that more than one A73 core at work.

Also, Helio X30 large core A73 has the highest frequency of 2.6GHz in PRO 7, but in the daily use, it never crosses 2.45GHz. Few cases such as benchmarking are where the A73 core reaches its full potential which is 2.6GHz. In the core scheduling, although MediaTek Helio X30 also has a lock core phenomenon, in most cases the core scheduling is positive. 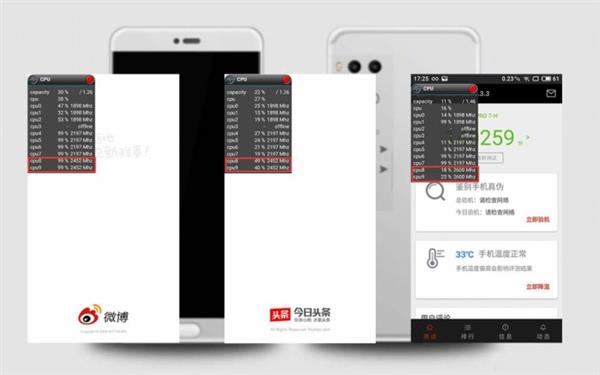 Still, we are hoping for the day when Helio series may use all the CPUs are the same time instead of the tri-cluster idea. Or instead of going with the core madness, the Chinese SoC manufacturer should make it an octa core or quad core powered with A73 overclocked CPUs. What do you think?

Moving to the real thing, we did a heat dissipation contrast test with SD 835, Helio X30 and SD 820. We should remind you that Snapdragon 820 is based on a 14nm process while SD 835 and X30 are much advanced with 10nm process.

After 6 minutes of the test, the things are getting hot both SD SoCs. As the smartphones are MI 6 and Mi 5 which make use of glass body, so the thermal connectivity isn’t strong which can be dangerous sometimes. Helio X30 has been able to maintain the temperature throughout the entire body. The credit goes to its aluminum alloy chassis. Compared to the previous 2 minutes of the test, the change isn’t that much large in all three smartphones.

After 15 minutes of the test, the truth is revealing, and the smartphones are showing their true forms. Xiaomi Mi 5 and Mi 6 are significantly hot from a specific area (around the camera). On the other hand, Meizu PRO 7 has become completely red from the entire rear.  The highest temperature can be witnessed near the secondary screen of Meizu PRO 7. Hope that the screen can bear that much temperature change and doesn’t get damaged. Obviously, regarding heat dissipation, Helio X30 dissipates more than SD 820 and SD835. We should not forget that PRO 7 is metal. The results would have been a lot different if the body was glass.

We played King of the Glory special high frame rate mode on Meizu PRO 7; the maximum frame rate reaches 60 fps. In the actual game test, MediaTek Helio X30 performance is excellent; most scenes score an average 55 fps. However, with the passage of time, as the device starts getting heated, Frame rate drops to 40 which is still good. No doubt, playing KOG on Mi 6 SD 835 is way better than PRO 7 for long a period. 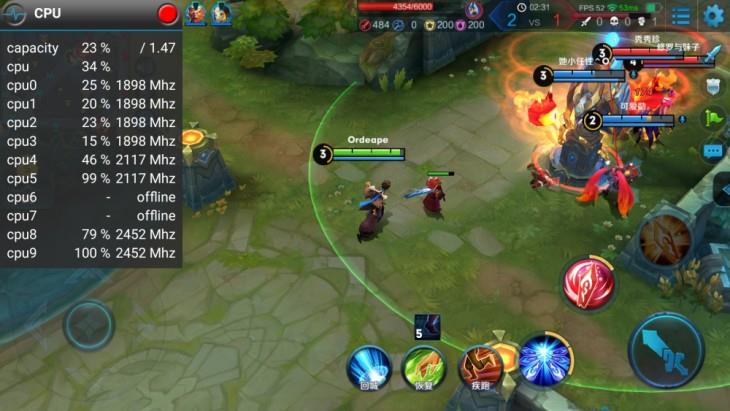 In the king of glory, Helio X30 CPU activates 7 + one A73 core. From the two A73 nuclear core at least one is working. You see the deca-core is not a gimmick anymore.

From the above tests, MediaTek Helio X30 compared to the previous generation X20 has a qualitative improvement, especially in the temperature management. In comparison with Snapdragon 835 and Snapdragon 820, temperature control for long time use must be improved. In real time the CPU performance is better than any SoC till date. However, the graphics are the low point. As the Helio X30 uses a 10nm advanced process technology, the cost is higher. The SoC is valuable because of its current restrictions and availability to limited manufacturers. The dream of using all ten cores at the same time continues. In the heading, we said that it has incredible performance but at a cost and the cost is heat dissipation. Indeed, MediaTek continues to prefer performance over energy efficiency.

We hope you liked our MediaTek Helio X30 SoC review. As The Phone Talks is all about tech gossiping, make sure to share your ideas and views about this SoC in the comment section. We will love to talk with you.