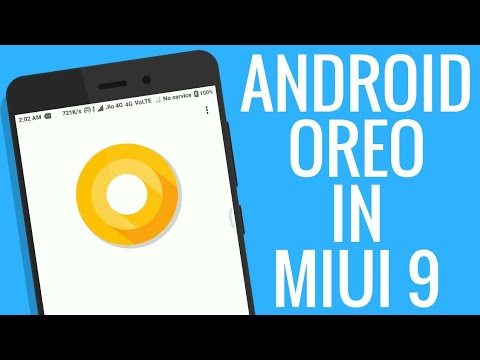 Xiaomi MIUI despite being one of the fastest Android UI, the Android updates are usually delayed. Moreover, MIUI developers can’t keep up with the pace of other Android UI and fail to provide the latest Android version for most Xiaomi phones. Though the MIUI 9 China ROM updates are regular, the MIUI 9 Global Updates continues to strive. Remember when Mi India and other countries waited for MIUI 9 Global Stable ROM for months after the announcement of MIUI 9 China Stable version.

Regardless of what problems MIUI developers face, the fact is that all that wait is worth and we get the most stable, lightning fastest OS in return with the latest security updates and Android version. Furthermore, the MIUI 9 updates are the most anticipated Android updates.

Finally, the latest Android 8.0 is arriving for:

How do we know? MIUI forum is recruiting users to test the MIUI 9 Global Beta ROM Android 8.0 update after testing MIUI 9 China Developer ROM Android 8.0. The deadline for applying to receive the update is 23:59 11th April (Beijing Time).

It is worth mentioning that the above models are updated to the Beta version. So, shifting from stable to beta requires you to fastboot the ROM. Click here to know how to fastboot the MIUI 9 Global Beta ROM.

MIUI developers aren’t releasing the stable version yet, as there are numerous bugs in the update. That is why they are hiring people to test the MIUI 9 Global Beta ROM Android 8.0 update.

Google says that the latest Android OS stresses on better security. Moreover, we also see a drastic increase in speed of the OS. The App loading speed increases to 2x. Meanwhile, there are some features added and improved as well including:

It worth mentioning that Android 8.0 has done some special optimization as well such as the improved background apps monitoring and increase in battery saving. For the emojis lovers, Android 8.0 introduces 60 new emoji expressions.

For now, MIUI 9 Global Beta ROM Android 8.0 update is only available for the beta tester. We will inform you when it releases to the public. Stay tuned!

You can apply to be a beta tester from here.