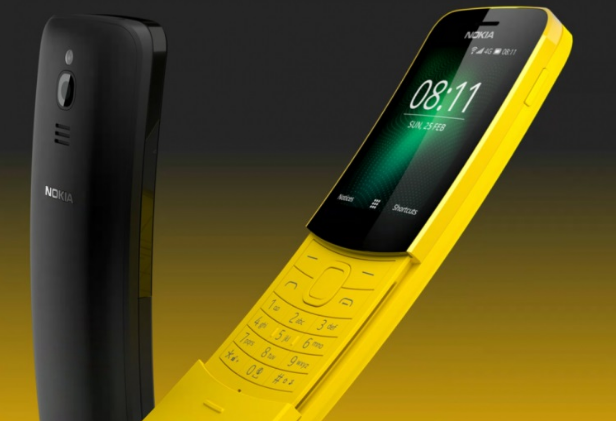 A couple of months ago HMD redesigned the old classic Nokia 3310 with the latest technology. This includes Yun OS, support for mobile 4G network, and WLAN hotspot feature. Well, the question will HMD redo the Nokia 8810 to Nokia 8810 (4G version) as well?

According to a Polish media, HMD is likely to release a new version of the Nokia 8810 known as Nokia 8810 (4G version) at MWC 18. And we already have the exposed design as well.

As you can see, there’s a slight change in the design. The phone is much slimmer than the retro version. It’s curved from the rear and the screen is larger and polychromatic. The keypad follows the slim in-chassis layout. However, the keypad slider is maintained giving it an old school look.

Nokia will be releasing seven devices including:

The other three devices are a surprise as long as the spoilers don’t hit.