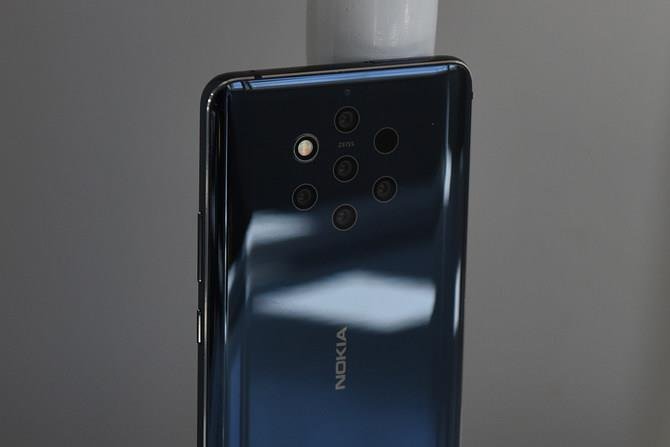 Nokia 9 PureView Camera Review – How Much Powerful is the Five-Shot Camera?

The cameras have had a long journey in the field of cellular telephony. Until not long ago, telephones were barely enough to take low-resolution photos. Nowadays, it is practically a standard for Smartphones to include 2 sensors, each one dedicated to a specific function. Even this standard is already being overcome, and devices with 3 sensors have begun to come onto the market, which represents another step in the goal of obtaining the perfect shots. Nokia as a company has always been characterized by wanting to stand out with intrepid bets, and that is what brings us together today. Its new mobile has raised the bar even higher, installing 5 photographic sensors of the same type, in an attempt to demonstrate that not only resolution is needed for a good image. Let’s see in this Nokia 9 Nokia 9 PureView Camera Review if its final result manages to support their words.

Nokia wants to cause a great impact again as it did in 2012 with the 41MP camera. This time the bet at the hardware level is multiplied by implementing 5 cameras with the same sensor, something never before seen on phones. The 5 sensors are a Sony IMX386 of 12MP that are distributed in a hexagonal shape on the back. These are divided around the main central sensor responsible for the colors. The bottom of this is the support for the main colors, while the other 3 are black and white lenses. 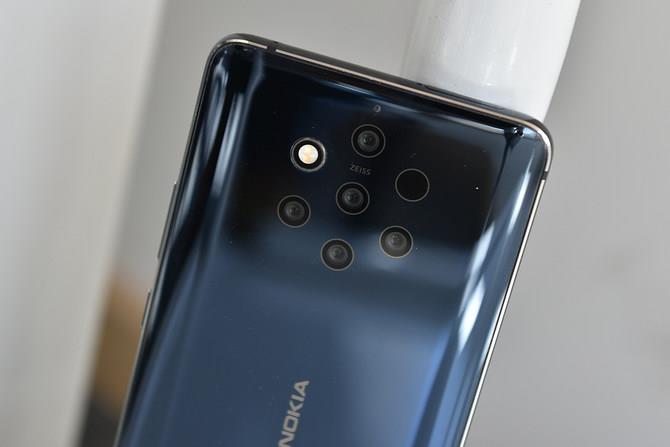 The phone uses the data collected from the 5 images to create a single photo between them. As the Snapdragon’s ISP cannot support the 5 simultaneous cameras, the terminal uses an additional processor that helps in the synthesis and capture processes.

Both the main camera and the black and white trio have support for 2x and 5x zoom. Each image can be edited individually, and we can even focus the photo once it has been taken. 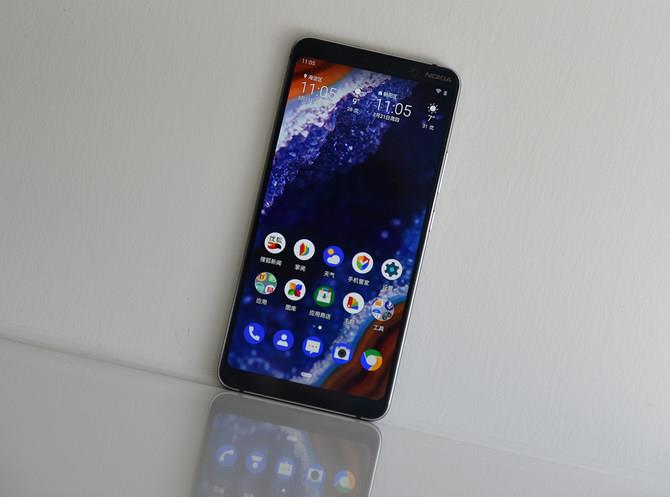 As we can see in this Nokia 9 Camera Review, the phone gets excellent shots when the lighting is high. We can see how the shadows are highlighted by the algorithm, but they are kept at a soft level to maintain naturalness.

The tolerance of the color is good, although in some cases it could make very clear shades that should be darker.

The colors adapt to how they look in reality instead of being very garish. And, if the result is still not to our liking, we can edit each of the photos after their capture, which gives full control to the user.

In the following example, we can see how the lights do not stand out creating annoying light beams. In fact, you can still appreciate the background of the set, the only limiting being the resolution of the camera.

The dark shots of the Smartphone are not especially remarkable. As we see in the Nokia 9 Camera Review, some of the shots are noisy, especially when you look at the dark sky. The beams of light also look blurry and unclear, which does not help the overall quality of the image. 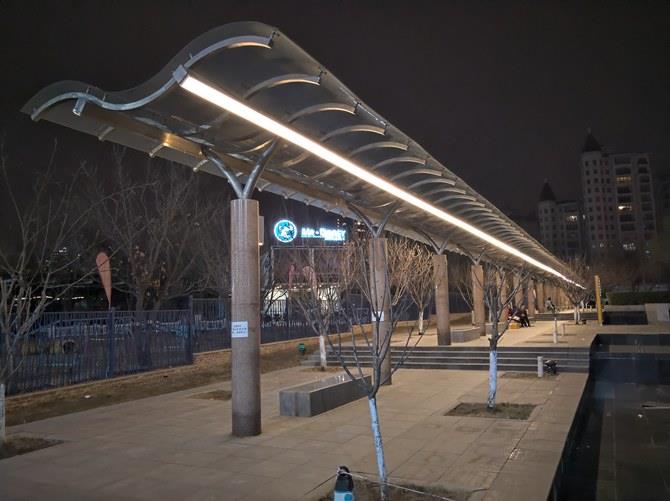 The blur in night scenes is not very good either. It is practically imperceptible. However, the most vivid colors will come out with total clarity thanks to the capture algorithm. 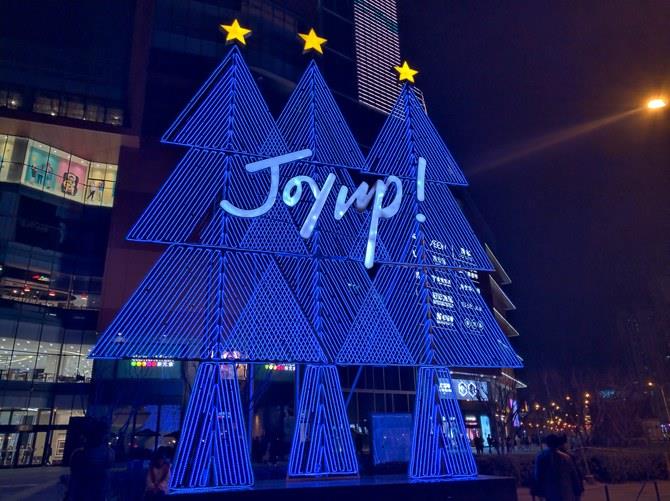 In this section, the telephone and the user will have to rely more on the camera software than on the 5 sensors. This result was to be expected since none of them has a resolution greater than 12MP. 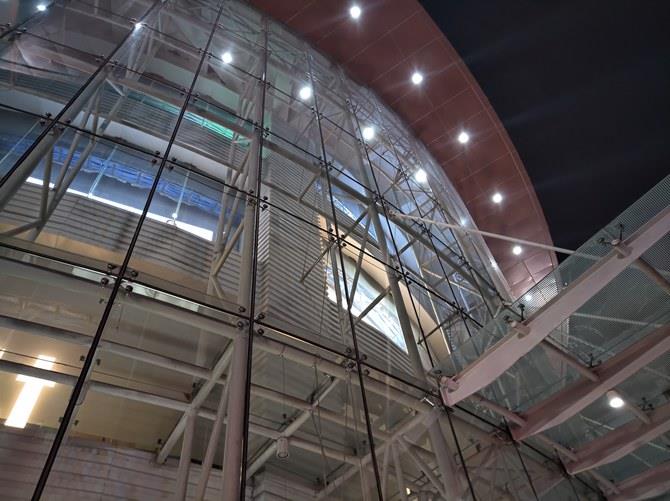 As previously mentioned in this Nokia 9 PureView Camera Review, the terminal has support for 2x and 5x Zoom. These, according to the see in the images, manage to achieve the quality of the macro lenses of other phones that specialize in it.

In the following images, we can see the ultra-zoom in operation. All the code printed on the card is clearly visible and becomes blurred as the lens blur becomes present. The pieces are clearly visible, even the details of the smallest ones. 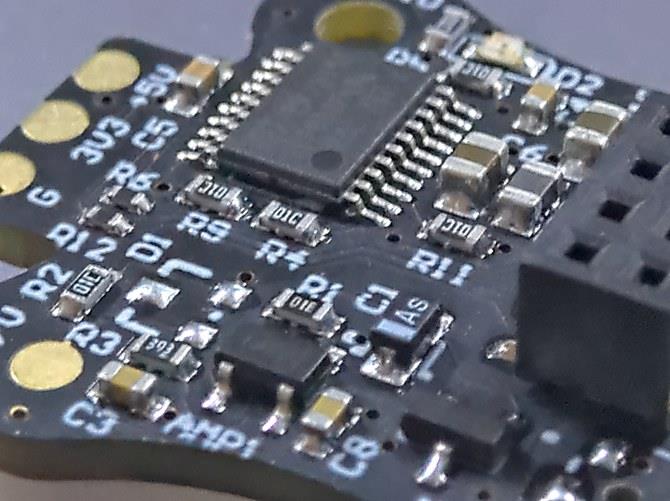 In this other example, we can see more clearly how the blur works, but this time in a less pronounced zoom. Each lighting detail of the figure is clearly reflected, and you can see all the cracks in the plastic. 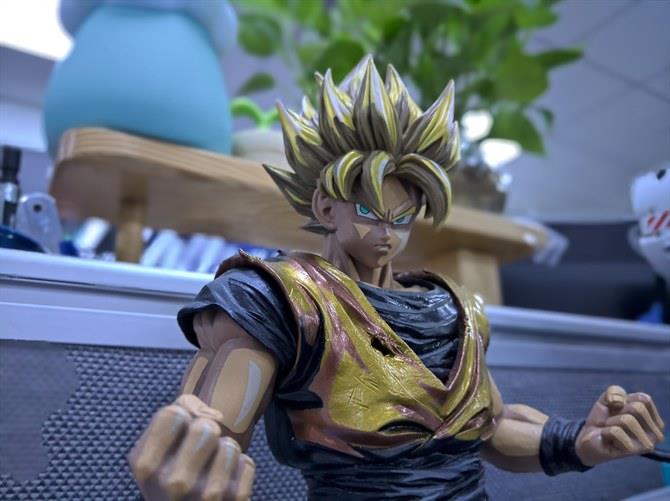 Our opinion based on what is seen in this Nokia 9 Camera Review is that the 5 sensors have considerable advantages with certain types of scenes. The result when there are light sources is amazing because each sensor can analyze in an appropriate way where they come from, darkening or clarifying the parts of the photo that need it. Not only in the light and dark highlights, but also in the zoom capacity that counts, creating a clear image that practically seems taken out by a professional lens.

In addition, thanks to the fact that so many images are taken at the same time, the editing capacity by the user has been greatly improved. 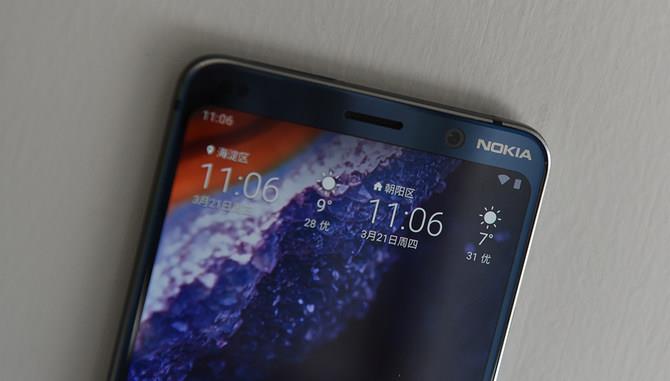 However, not everything is so good. The night shots have not been specially benefited from the multiple sensors, and the performance of the phone can be somewhat slow when activating the photo application or capturing them due to everything it does to synthesize the image. It is possible that the application of this technology had to wait a bit longer to be able to install higher resolution sensors or processors with greater responsiveness and handling of activities, but the bet is already ready. A software update could help improve the performance of the cameras, but the company has not indicated anything about this.

In short, a risky bet that a group of users will love, but many others will not see as a necessity.

Nokia 9 PureView Camera Review – How Much Powerful is the Five-Shot Camera?
Summary
Nokia 9 PureView Penta-camera configuration is more likely a gimmick at the moment. The technology itself is just a startup and needs some improvements. No doubt, the five camera configuration will get better over time. In comparison to other camera flagships such as Huawei P30 Pro, Mate 20 Pro, even having extra camera sensor does not allow Nokia 9 PureView to beat them. The result when there are light sources is amazing because each sensor can analyze in an appropriate way where they come from, darkening or clarifying the parts of the photo that need it. Not only in the light and dark highlights, but also in the zoom capacity that counts, creating a clear image that practically seems taken out by a professional lens. However, not everything is so good. The night shots have not been specially benefited from the multiple sensors, and the performance of the phone can be somewhat slow when activating the photo application or capturing them due to everything it does to synthesize the image. The software updates could definitely improve it but we haven't heard of anything about this from Nokia yet.
Daylight Samples
8
Nightlight Samples
6.5
Responsiveness
6.5
Back lighting Samples
8.5
Camera App
6.5
Reader Rating0 Votes
0
Pros
Nice Gimmick
Incredible Daylight Performance
Easily Distinguish Between Light and Dark
Great Zooming
Cons
Slow Camera App
Poor Responsiveness
Nightlight Result Not Up to The Mark
7.2
Total Rating
Where To Buy?
Buy Nokia 9 Pureview
Start typing to see results or hit ESC to close
Xiaomi Huawei comparison OnePlus MIUI
See all results