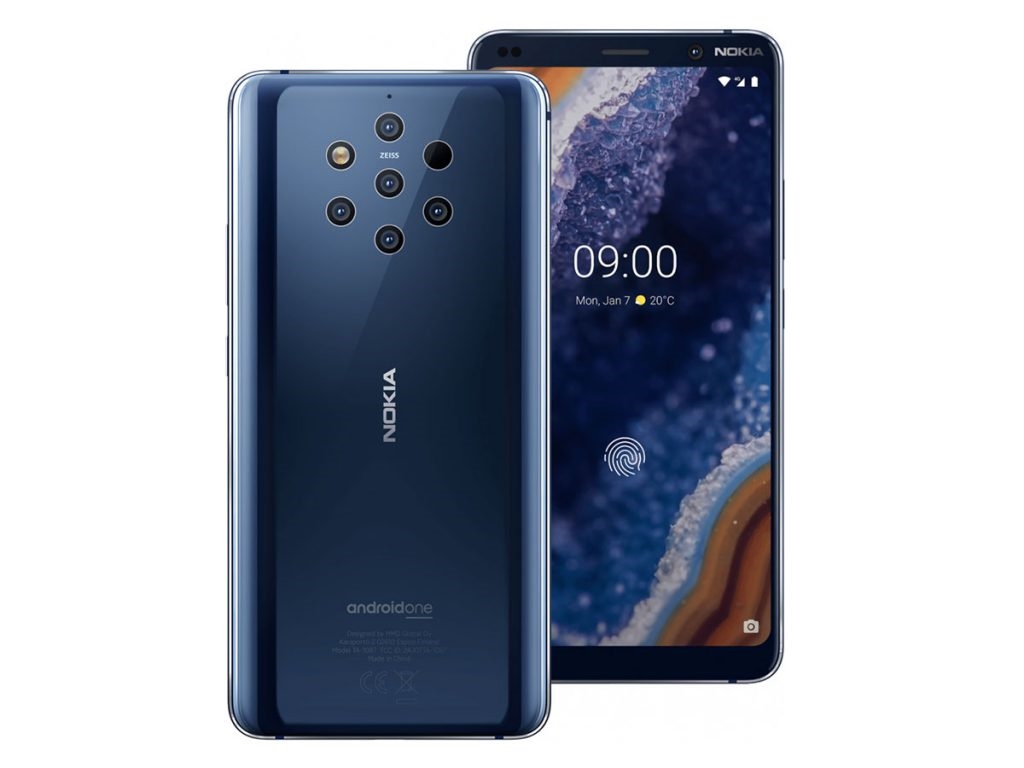 Today, DXOMark announced the score of Nokia 9 PureView. As the world’s first rear five-camera phone, can it stand out with other phones which have quad-camera and are topping the chart?

The result is not satisfactory. According to DXOMark’s evaluation results, the comprehensive rating of Nokia 9 PureView is only 85 points, of which 88 points go to the photography section and 80 points to the video section. It is slightly stronger than the Nokia 8 Sirocco (84 points) on the list, but the improvement is not big. 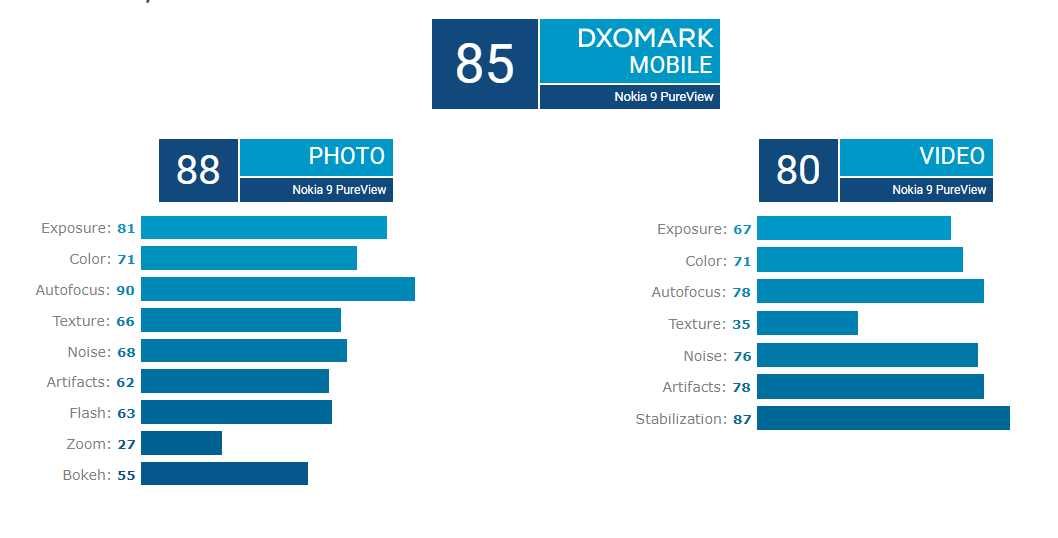 Nokia 9 Pureview DXOMark pointed out that although the design of the multi-camera was exciting, it did not reach the expected results as expected by many people. Its comprehensive camera performance is only equivalent to the two years old phones, such as Apple iPhone 7, LG V30 and so on.

DXOMark believes that the zoom performance of Nokia 9 PureView is not pleasing, white balance is a shortboard, color reproduction is not accurate enough, sometimes it will be red in outdoor scenes. In terms of video shooting, the dynamic range is limited, the level of detail is low, and the anti-shake effect is general.

Of course, Nokia 9 PureView offers innovative features such as dedicated black and white sensors and multi-image super-resolution mode for post-processing. In addition, Nokia has worked well with Adobe to provide Lightroom Mobile support for Nokia 9 PureView. But for the average user, these are hard to use. 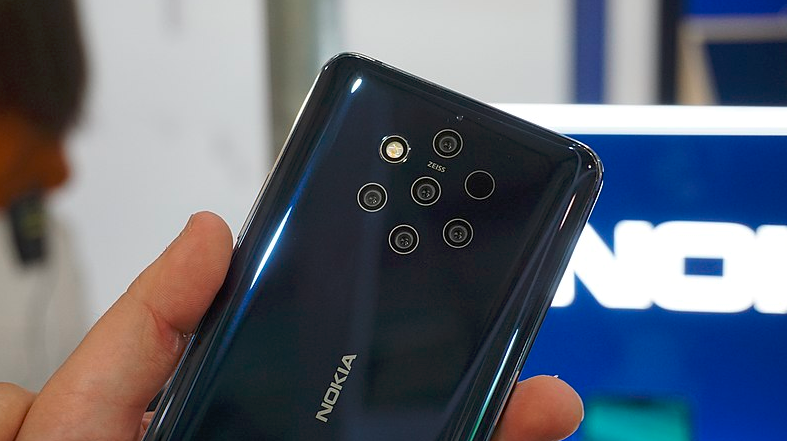 It is understood that Nokia 9 PureView is the world’s first rear five-camera phone. The Penta lenses are all 12MP (two photochrome+ three monochromes). The official introduction of these five lenses is coordinated, and the amount of light entering is 10 times higher than that of a single camera. Each shot automatically recognizes and adapts to a variety of scenes, with multiple writings. In addition, Nokia 9 PureView incorporates custom algorithms and artificial intelligence to make photos clearer and more detailed.