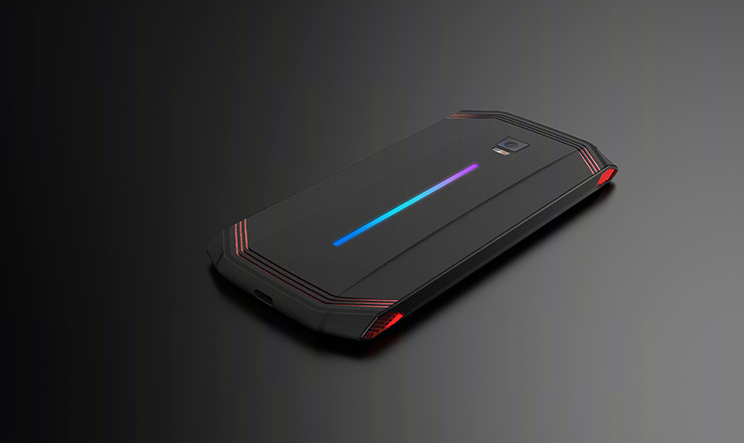 Nubia has announced that on April 19 it will officially launch the Nubian Red Dev Gaming Phone in Beijing. Previously, on the 16th the company launched the first real images of the Dev Gaming Phone. Let’s meet the next device that will fully enter the world of gaming for Smartphones.

As you can see in the images shown, Nubian Red Dev Gaming Phone will be built in an entirely metal body and will be passed through a nano injection molding process. Also, between the interfaces, you can see a bright red button in the upper half of the central frame.

It is speculated that this button has a similar function to the Shark Key seen in the Xiaomi’s Black Shark, which would unleash the full processing power of the device, creating the best possible experience when playing. Of course, there exist the possibility that it is the Nubian’s exclusive Mavericks voice button.

According to the 3D models seen in previous images, the Nubian Red Devil Gaming Phone will use a unique design that gives it a technological touch and some fantastic visual effects through the use of lights, as well as having a special casing designed for the processor cooling system when facing the most demanding games. In fact, the system implemented for heat dissipation includes air cooled, a body almost entirely black, a carbon construction and a three-dimensional wind tunnel section structure.

Regarding performance, it is still not known for sure what this new device will use, but it is expected to come with the latest Qualcomm’s processors, the Snapdragon 845. This chip is based on a 10nm lithography, in addition to adopting a Kryo 385 core architecture. The GPU that accompanies this SoC is an Adreno 630.