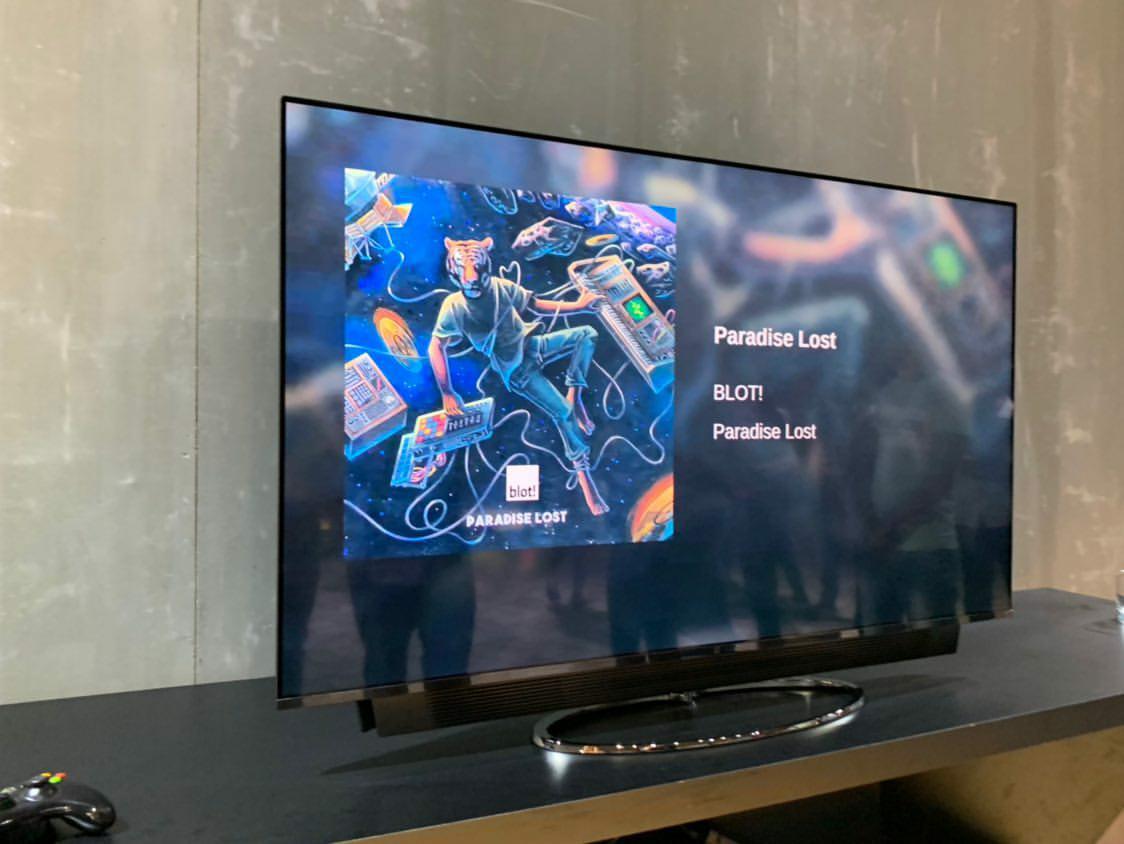 The first TV from OnePlus will be releasing in India tomorrow which will be ‘ OnePlus 55″ QLED TV’. As a teaser, we have received some images of the TV itself and its remote controller.

Starting with the appearance of OnePlus 55″ QLED TV, we can witness the TV is nearly borderless. Moreover, from this angle, there’s no back body visible which makes us believe that it is relatively thin. There’s a piece of metal or glass attached at the bottom. The speaker section is not visible (it may be behind the screen). arrangement which is quite unique. Last but not least we have the ring-shaped chrome stand along with angular metal extensions which further exaggerates its beauty.

As for the remote controller, it’s quite innovative and different than other remote controls in the market. In comparison to Mi TV’s remote control, it’s relatively small. We think that the glossy section is the arrow pad or a touch area with the button in the center. Back, home, Google voice assistant, menu, OnePlus logo button, and home options are available on the remote control. 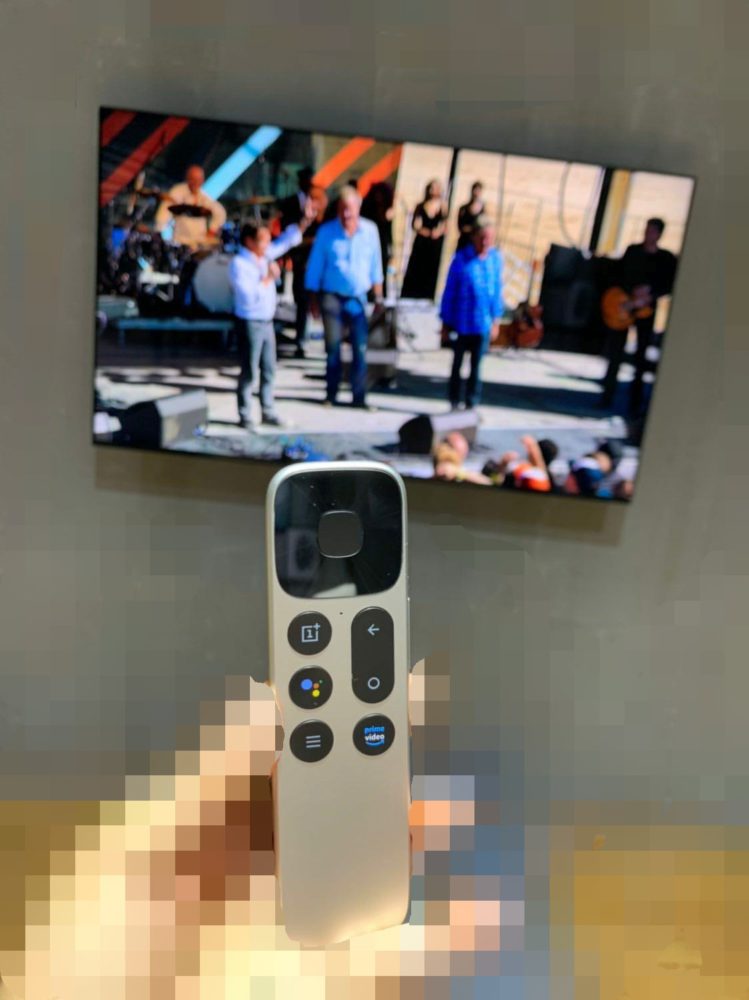 Other features of OnePlus 55″ QLED TV includes an octa speaker design supporting Dolby Atmos. The colors on the screen are enhanced via Dolby Vision. We should note that OnePlus has advertised the upcoming TV as totally minimal which means that there will be no over detailing neither on the TV or the remote control. Moreover, in the first look of the TV, there’s not even OnePlus logo situated on the front.