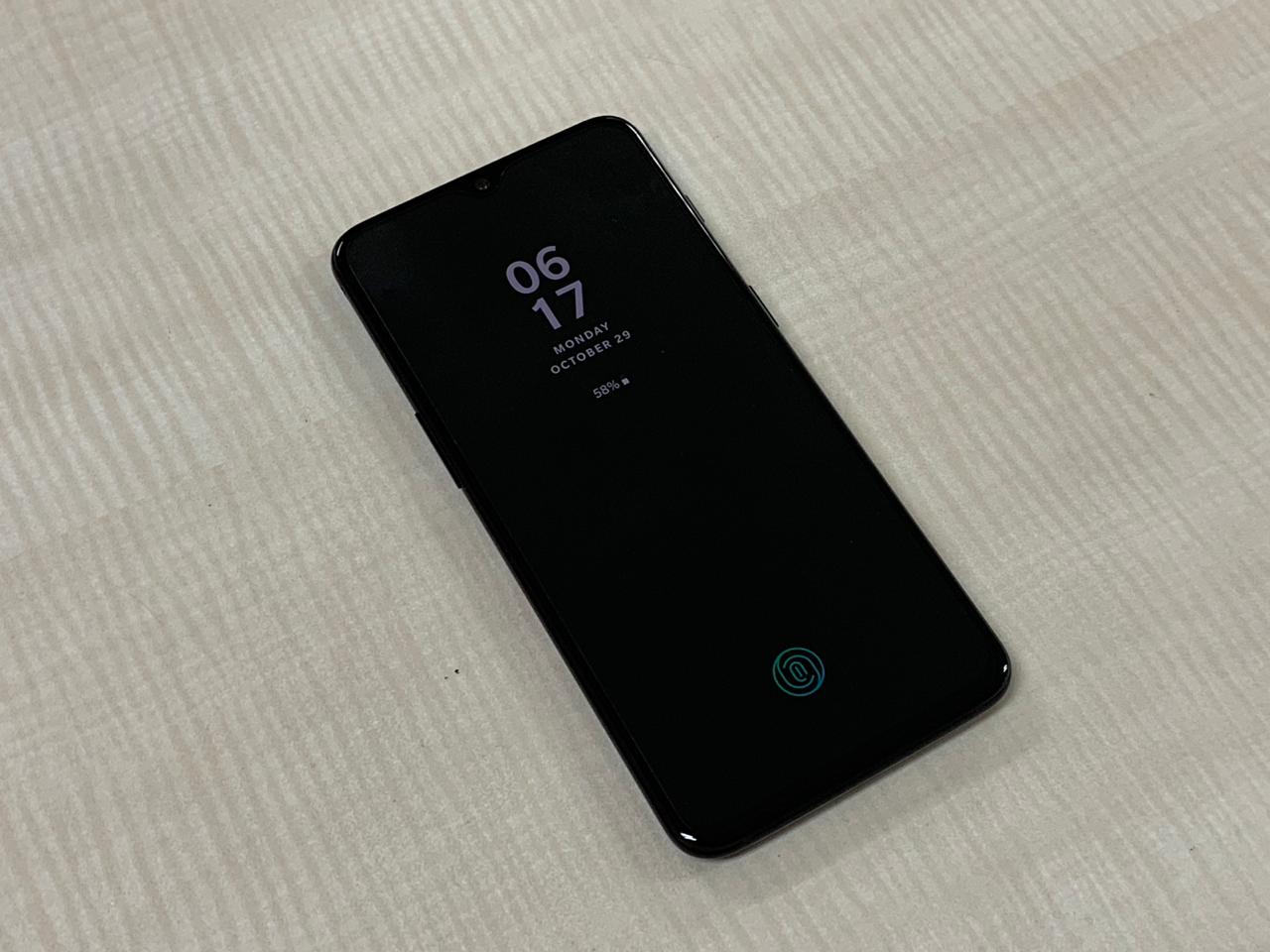 Today we have in exclusive the first impressions of the new OnePlus flagship terminal. The OnePlus 6T is the company’s new commitment to reach perfection in a market that increasingly seeks to provide a better visual experience. This article aims to clarify the doubts you may have about this new terminal of the company that, although it seemed to have no news regarding the OnePlus 6 launched a few months ago, hides important changes. Without further ado, let’s start this OnePlus 6T Hands-On.

Let’s start with the design. The OnePlus 6T solves a problem that could be common in its predecessor. The use of glass in the body made it more vulnerable to falls and slides. However, this time the company has applied a subsequent treatment on the glass layer that manages to simulate both in grip and design, a metal casing. Its resistance is noticeable and is that it has not been marked with our footprints exaggeratedly.

Its general design is elegant, and its dimensions make it comfortable in the hand, and its weight does not make it a nuisance when using it. The front is protected by Corning Gorilla Glass 6, technology that is appreciated has been implemented to give additional protection to the Smartphone.

Another one of the wonders of the OnePlus 6T is its intrepid bet on the notch. Today it is common to see many Smartphones adopting this design to locate the necessary peripherals such as the front camera or speaker, sacrificing the least possible screen space. Anyway, if you are one of those who does not like this notch, you can reconfigure the phone so you do not use it, but of course, losing a bit of screen space.

The start button, as is classic in OnePlus, is centered on the right side. In addition, above this is the notifications button. On the left side, there is the volume button and the removable tray for the Nano SIM (with dual configuration). To finalize, the OnePlus 6T uses a type-C USB port on the bottom for recharging and headphones.

This section of the OnePlus 6t Hands-On would not be finished if we did not mention the screen. The new terminal panel is AMOLED and has dimensions of 6.41″. The resolution reaches 2340x1080p, which gives it a density of 408 pixels per inch. A great 19.5:9 aspect ratio is achieved thanks to the additional space where the notch is located. By tilting the screen slightly you can see how OnePlus improved the viewing angle.

In the following image, you can see the technological advance represented by this new model in OnePlus lines. Yes, the OnePlus 6T includes a new fingerprint scanner inside the screen. During the test time, we could verify that it has an excellent fidelity. Its location is approximately 2 centimeters from the bottom and is highlighted when the screen is turned on.

Let’s now turn to this OnePlus 6T Hands-On Review to analyze the power of this terminal. Many people will get weird that, despite being a revision of a model from a few months ago, the phone does not have substantial changes in its hardware. The truth is that the OnePlus 6 already had an enviable performance, which is noted when we see that it has the same Snapdragon 845 processor and it is paired with combinations of 6GB and 8GB of RAM. It also has 2 storage capacities to choose from, and they do not leave us bad, as they are 128GB and 256GB.

The cameras have not changed with respect to the views in the OnePlus 6. And is that the combination that it had with 2 Sony rear sensors of 20MP + 16MP did justice in the terminal. The front camera follows closely, being a Sony IMX371 16MP with a f/2.0 focal aperture.

The operating system is OxygenOS 9.0.3 (which is based on Android 9), specially designed by OnePlus for its terminals, so the fluidity is amazing inside the Smartphone. One point for OnePlus here, and is that the terminal comes without installed applications, so it does not require us to keep anything.

The battery of the OnePlus 6T is bigger than its predecessor, but it affects very little its total weight, being imperceptible in the hand. The small weight sacrifice results in a 3700mAh battery. Also, for those cases where we are in a hurry, the terminal has Quick Charge.

The sound section remains consistent, having great power, but is poorly defined. In addition, it is curious the case that, despite having 2 lower openings, the sound is not stereo.

Finally, the terminal is listed to have the following prices. The basic version of 6GB of RAM + 128GB of ROM will cost $549. The version with 8GB of RAM + 128GB of ROM will have a value of $579, and finally, the 8GB of RAM + 256GB of ROM version will cost $629. A device that improves everything that was seen in the OnePlus 6 a few months ago without substantial changes in the hardware. This is how we define the OnePlus 6T. It does not represent a betrayal for the buyers of the previous terminal, but a face-lift for those who have not yet acquired it