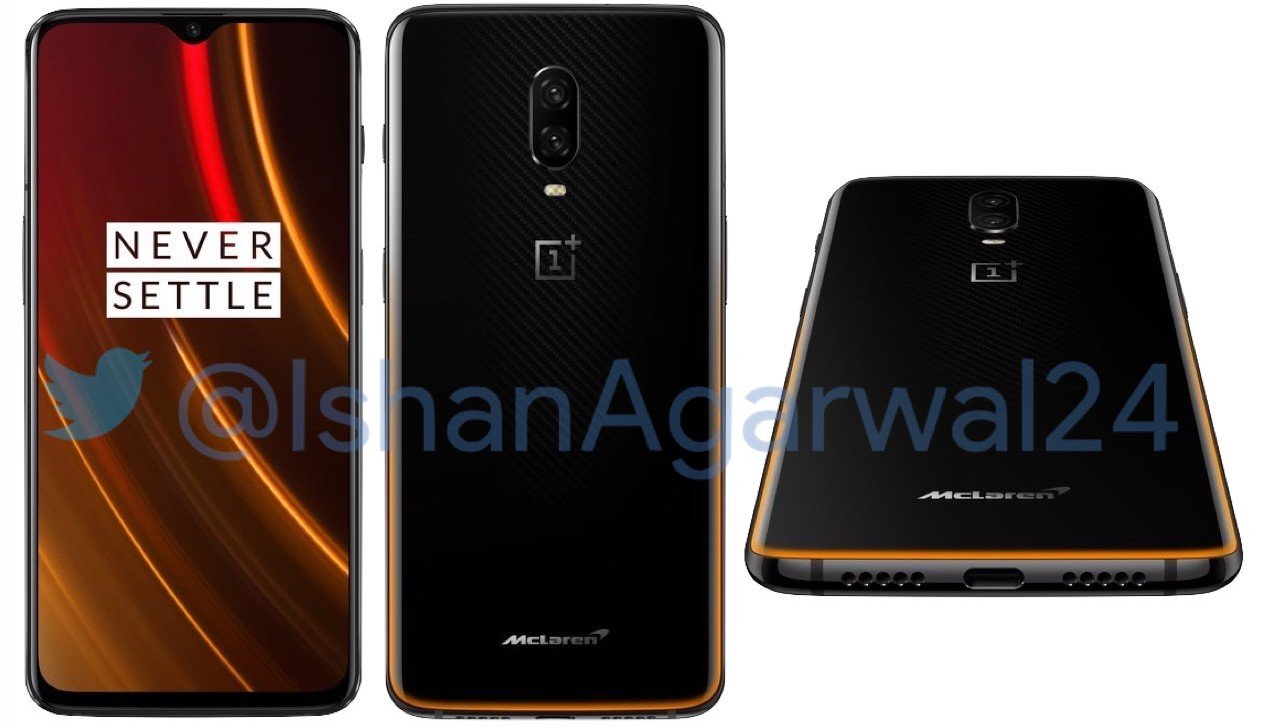 It looks like the Chinese giant ‘OnePlus’ is getting innovative with its latest flagship ‘OnePlus 6T’. They have been releasing some incredible editions such as the Thunder Purple Edition. Today, another edition was leaked on the internet. This one is called ‘OnePlus 6T McLaren Edition‘.

According to the source (Twitter), the OnePlus 6T Mclaren Edition looks much striking than the Thunder Purple Edition. The credit goes to that shiny orange outline that blends with the black color at the rear bottom, underneath that glass built. 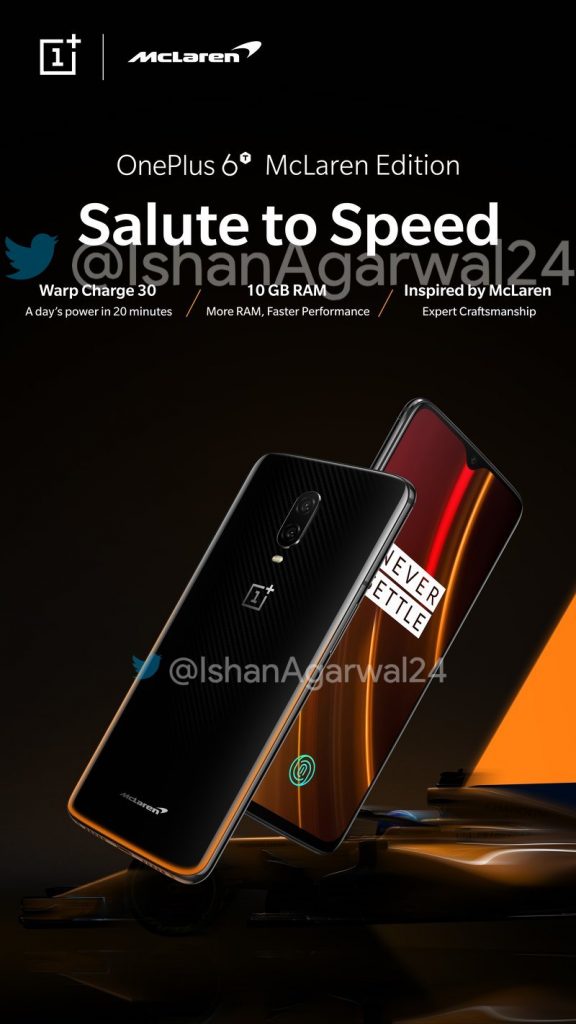 There are not many changes in the design and appearance. However, we expect that the hardware will upgrade and we might witness the 10GB RAM variant. Furthermore, another reason for getting this edition is the upgraded 40W Dash Charge from 20W.

Charging is about to hit warp speed. #SalutetoSpeed @McLarenF1 pic.twitter.com/hkIPXDb9ZX

The leaked images are further supported by the official invitation to the OnePlus 6T McLaren Edition release as well as the advertised posters. Pricing of the phone isn’t confirmed yet. The edition might range between $530 to $690 for the 6GB and 8GB version respectively and might go above $700 if there’s a 10GB version.