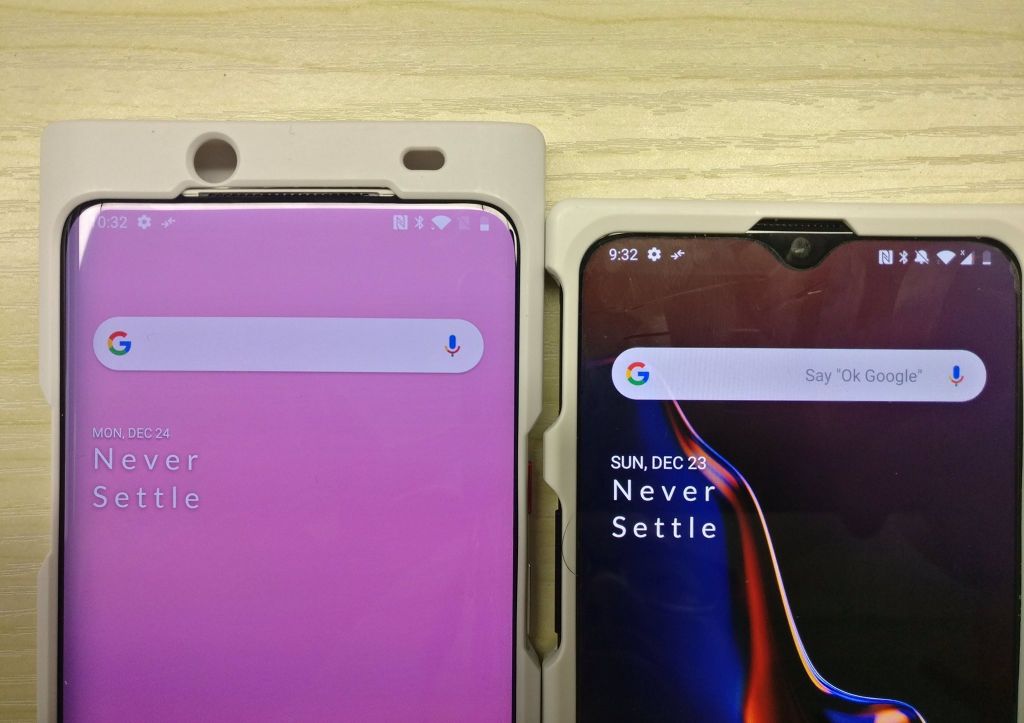 New conceptual images of the OnePlus 7 come to light – A release closer than expected?

The existence of the OnePlus 7 is not a secret for anyone. The company’s next high-end smartphone that would continue their legacy. While this phone is expected for the dates of May – June, some time ago came a possible conceptual design of it. However, today new images suggest us what could be its final design beyond a few renders. Come with us to know it.

OnePlus 7 – A larger screen without notch

The new image that came out on coolapk.com is a comparison between the OnePlus 7 and the 6T. Both terminals are inside an industrial case (the 7 being the one with the largest screen) where some details are barely visible. However, it can be seen that the new OnePlus 7 would choose to eliminate the notch on the screen to use a sliding system for the front camera (it is also certified by the fact that the industrial housing has a superior space that can be seen empty where there is a hole for the camera). A series of renders complete the design that is not finished in the real image.

It is speculated that the OnePlus 7 will have a Qualcomm Snapdragon 855 processor with different RAM configurations. Another recurring fact is the inclusion of the Warp Charge 30 technology that was implemented for the first time in the McLaren edition of the OnePlus 6T. Finally, it is possible that the company will include the wireless recharge function for the first time in one of their Smartphones.

Little more is known about the terminal, and now thanks to these images, new doubts arise such as the type of sliding mechanism that will be used or if the bevels will be as thin as those seen in the OnePlus 6T. The wait is getting shorter every time.