A couple of days ago, a series of images with a concept render design about the OnePlus 7 were surfaced online and they are feeding the multiples speculations about how the new OnePlus 7 will incorporate the cameras, both frontal and rear ones. Here we going to show you the pictures and the highlights about these OnePlus 7 renderings. 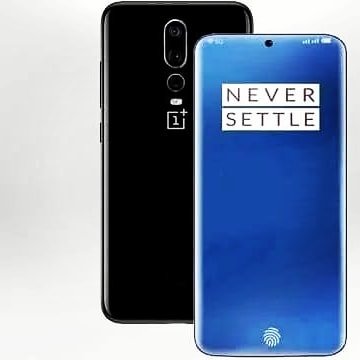 According to a report, we can see three images that show a concept render of the next OnePlus 7. The first shows both the screen and the back panel in its entirety, while the other two only show the top half of the phone’s front and back. This images shed some light on some of the important changes that the OnePlus 7 might feature.

We will mainly focus on the cameras. According to the concept render, the OnePlus 7 could have a rear triple camera, being the first device of the company that includes this feature. It would have a design very similar to the already seen in the OnePlus 6T with an obvious difference: the third sensor located under the dual camera. These sensors will be of 24MP + 12MP + 8MP, respectively, and the camera will include 4K slow-motion video recording and dual tone led flash. 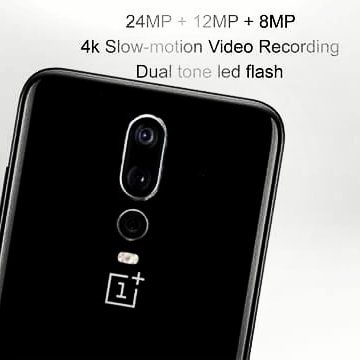 However, the most important feature and the one that stands out is the presence of an in-display camera, suggesting that the new OnePlus 7 would continue with the design of the OPPO R19, incorporating this technology in its new device. The small circular camera may be placed at top center which is slightly below where the camera resides in the notch on the OnePlus 6T. 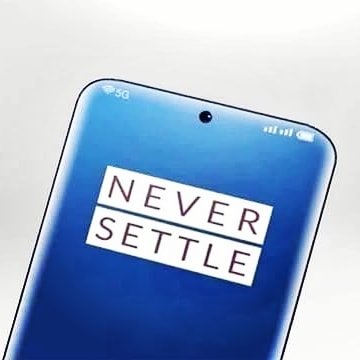 This 24 MP camera would be part of an AMOLED full screen with FHD+ resolution and an in-display fingerprint sensor at the bottom. Thanks to all this, the OnePlus 7 will offer the highest screen to body ratio with no bezels or no notch design, being of approximately 95%. And one detail that could unnoticed is the presence of the “5G” icon on the screen, however, OnePlus deny that the first terminal 5G of the company may be the OnePlus 7.