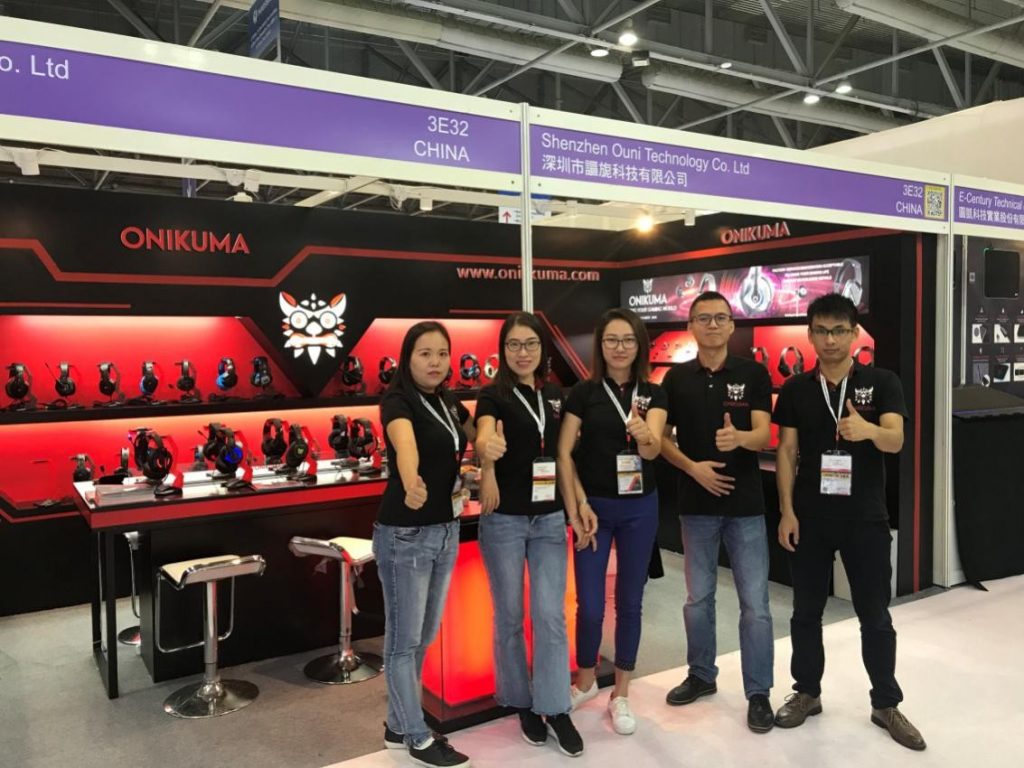 In the Hong Kong Exhibition from October 11-14 and October 18-21, Onikuma Official team carries out both their K1 Pro and M180 Pro at the fair. A young team full of vigor have been responsible for presenting this new technology designed especially for gamers.

The Oni K1 Pro is built with a 50mm speaker driver and 3D surround sound effect, which helps you to immersive yourself in the gameplay. Thanks to this system, it is easy to identify the enemies’ position. If you play with your friends or online teammates on some group, microphone quality is significant when communicating with them during the playing. Thanks to the noise reduction feature, the Onikuma gaming headset help you pick up you and your friends’ voice clearly and let the outside noise out of your talk. Besides the regular functions, Onikuma adds a stylish feature – the LED dazzle lights. The LED lights shine around the headphones shell, and you have red and blue options for the colors of the light. The whole headset also has two respective colors for your choice. 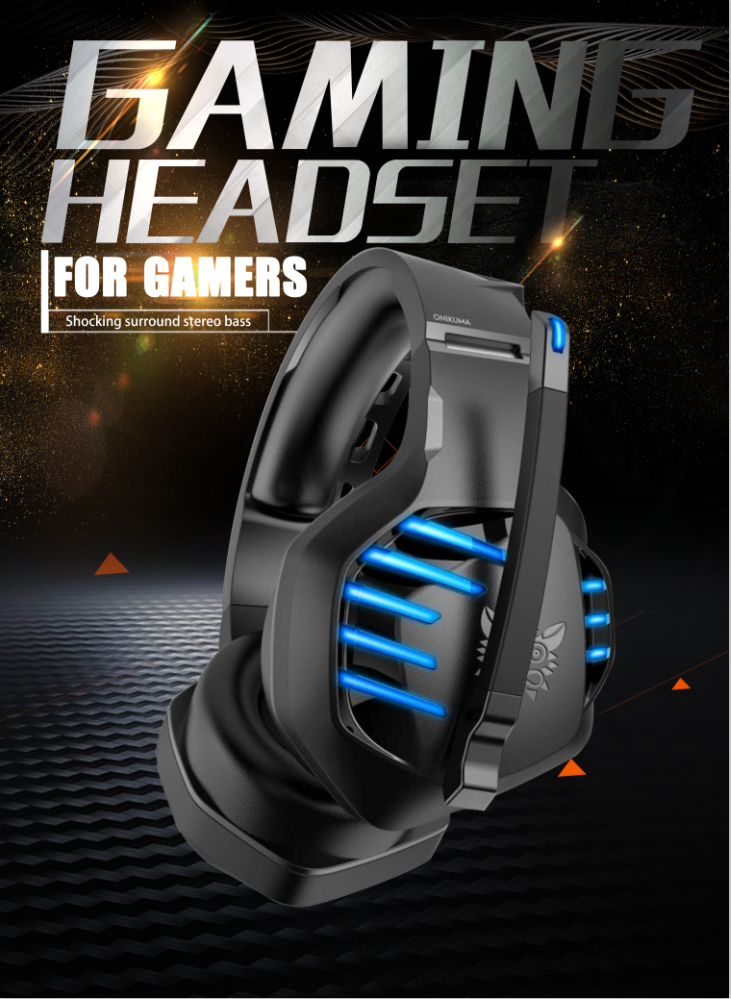 Onikuma also released M180 Pro Headset at the Hong Kong Autumn Electronics Exhibition 2018. This Onikuna M180 Pro Headphone is equipped with the anti-noise-canceling microphone that minimizes background noise for clearer in-game communication and, in addition, it has an OMNIDIRECTIONAL RETRACTABLE design that makes it easy to adjust the microphone position to your needs. Also, the M180 Pro Headset Support 7.1 virtual Channel and Vibration Mode. 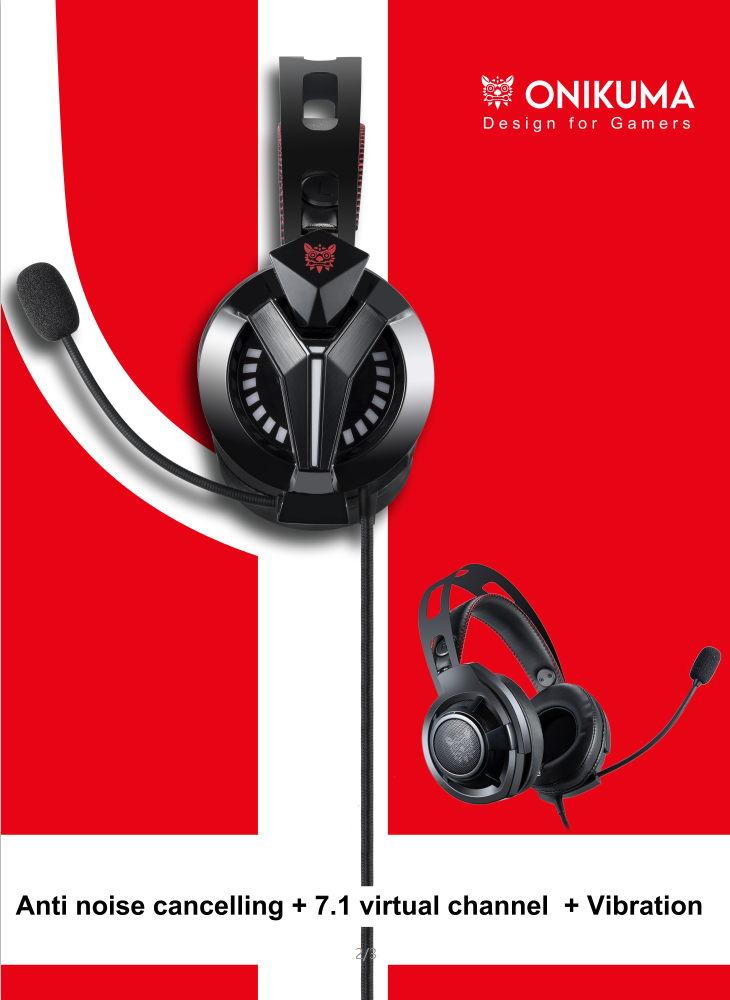