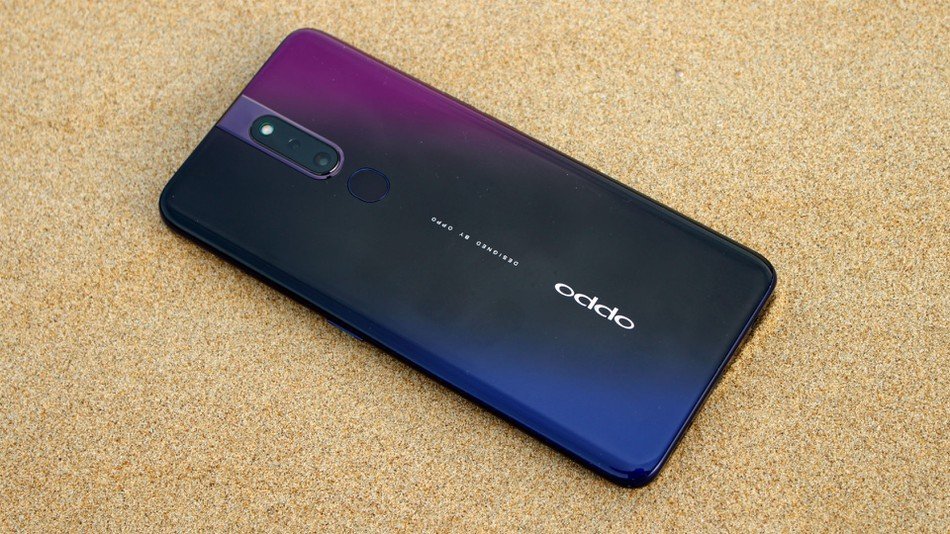 OPPO has been betting for the photographic component of their phones for some time now. First, at the design level with the sliding panel of the OPPO Find X, or at the operating level, with the hybrid optical zoom of 10 increases that is pending presentation. Thanks to this Hands-On Review, we will see the future OPPO F11 Pro and confirm some data that many had speculated about. For example, the frames will be reduced again, hiding the front camera inside the phone. Another tells us that it will equip a 48-megapixel sensor and not alone. 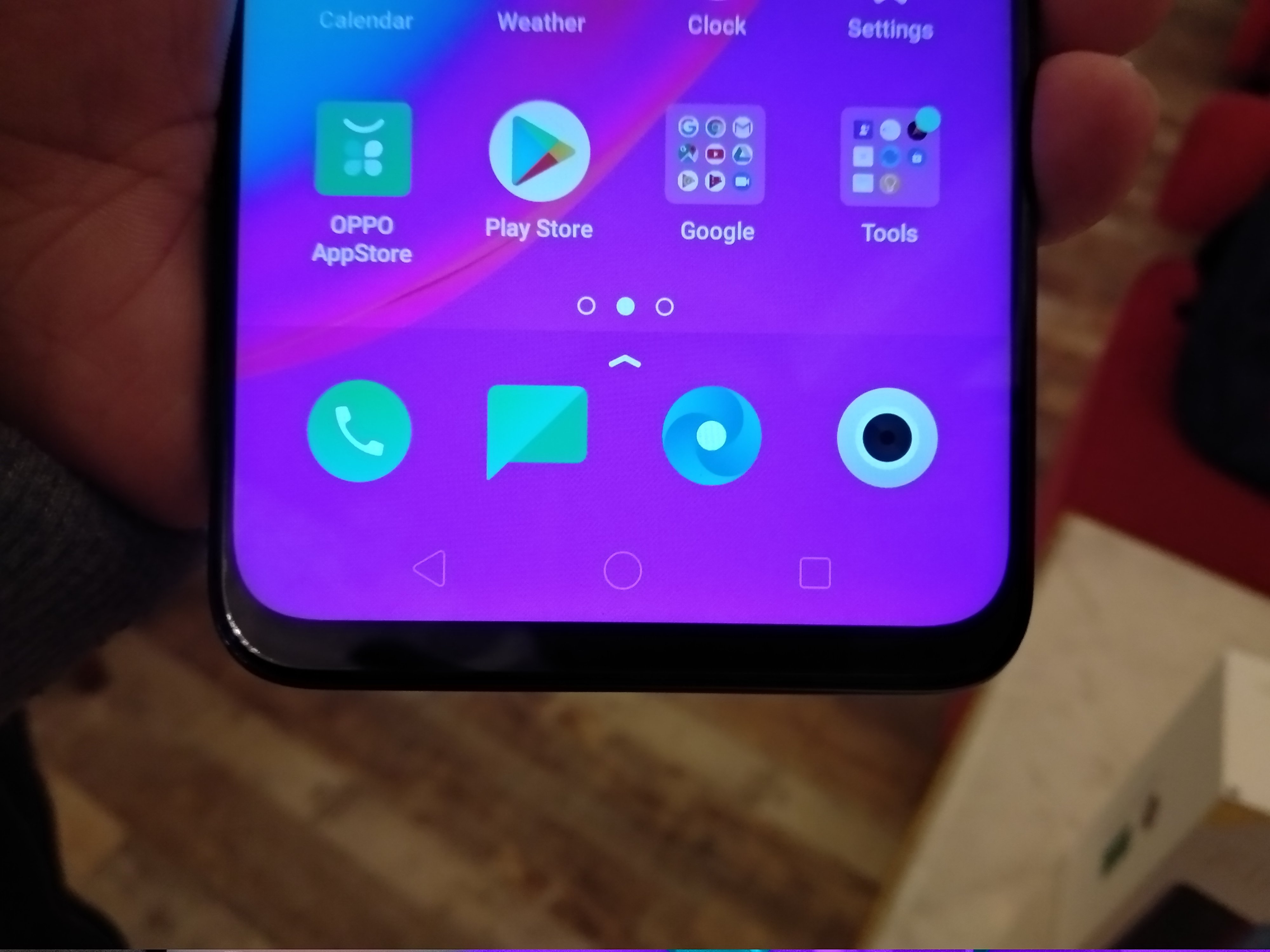 Surely you will be “hypnotized” with the appearance of the OPPO F11 Pro because the company has placed a metal frame design with 2 bright glasses. As it is a tendency, the back part is designed with the gradient change effect that makes young people fall in love. The curved glass edges near the metal frame provide a comfortable grip experience, although the phone is quite large. It will be launched in Aurora Green and Thunder Black colors. 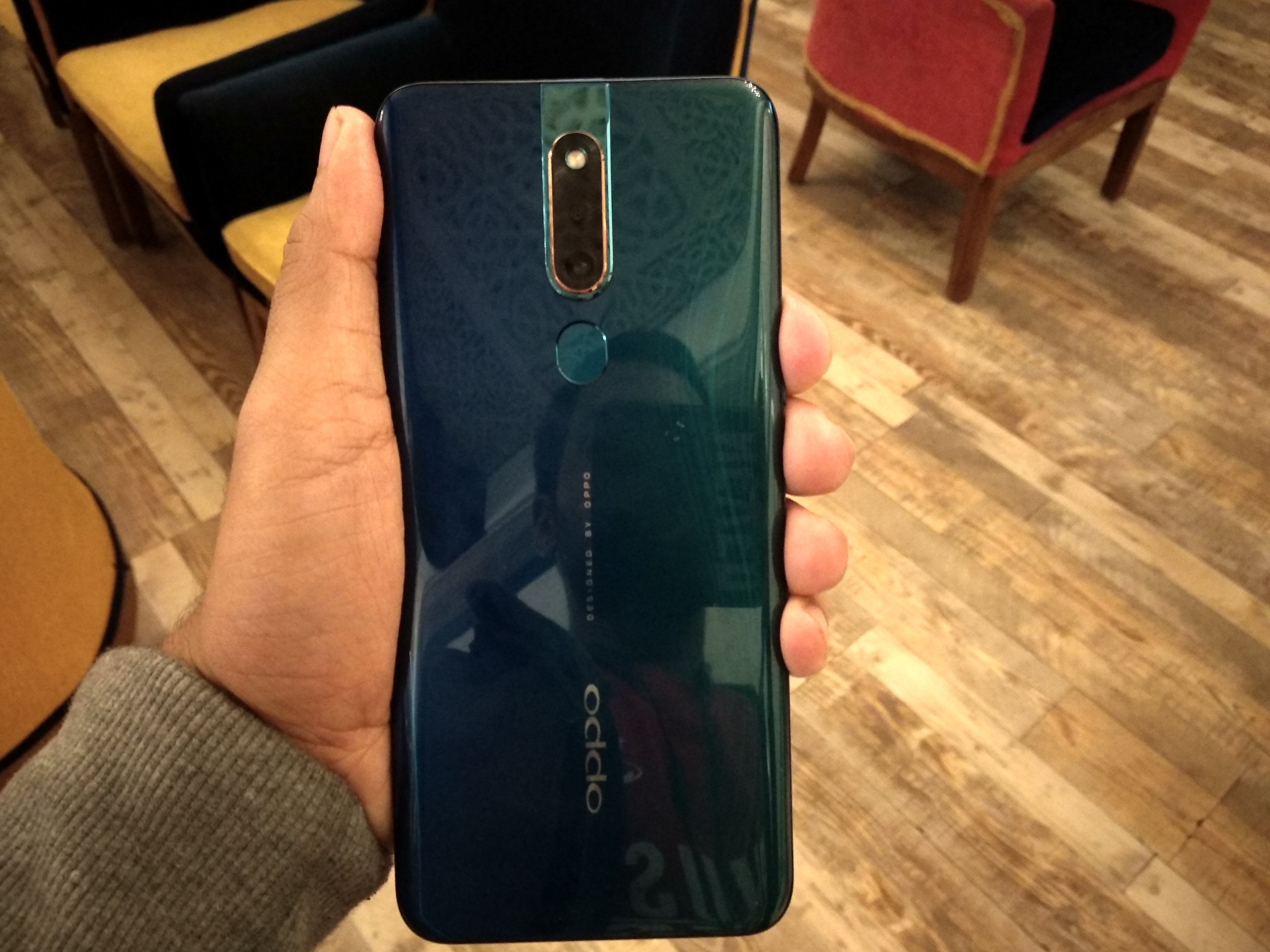 If we talk specifically about the device’s screen, it is covered with tempered glass from Corning Gorilla Glass 6, which is the latest generation of tempered glass from the manufacturer. It is characterized by its ability to resist blows and scratches better than the previous generation. The F11 Pro deserves to be examined carefully, the large LTPS IPS LCD capacitive touchscreen without bezels and without notches has a diagonal of 6.5 inches with a resolution of 2340 x 1080 pixels (FHD+) and aspect ratio of 19.5:9. Also, having no notch, the smartphone has a selfie camera emerging.

Unlike other OPPO terminals, the F11 Pro does not have a fingerprint reader on-display but incorporates a traditional fingerprint sensor on the back. The latter is accompanied by a camera module in the upper central part of the device. The terminal has dimensions of 16.13 x 7.61 x 0.88 cm and weighs 190 grams. 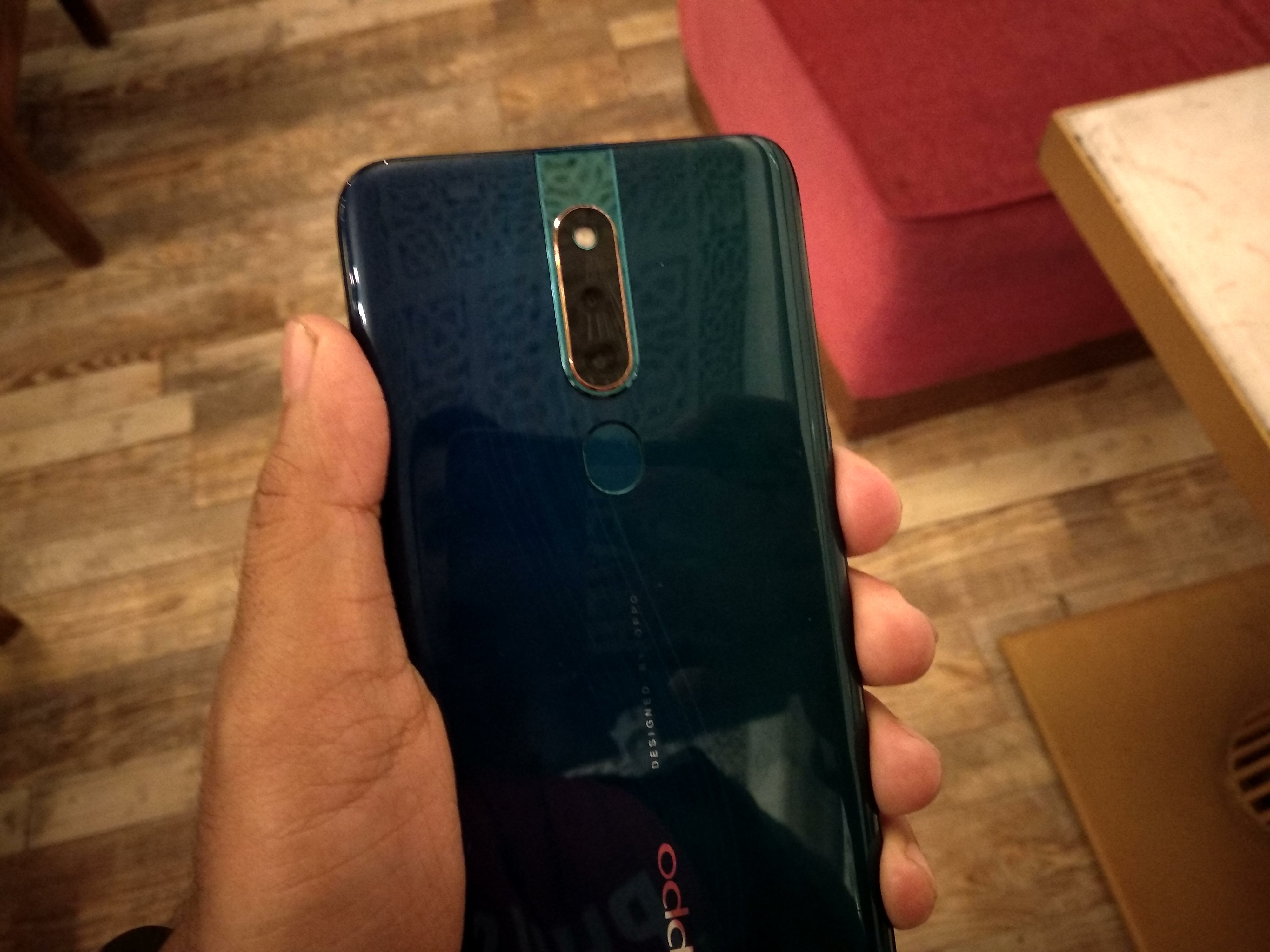 The MediaTek Helio P70 octa-core chip is responsible for providing power to this smartphone. It is an efficient SoC to experience the most popular games: PUBG or Union Force in the midrange configuration. And all this is accompanied especially by up to 6 GB of RAM. With such a large amount of RAM, you can use many applications with confidence at the same time without problems. Connectivity options on the OPPO F11 Pro include Wi-Fi 802.11 b/g/n, GPS, and Micro-USB with active 4G on both SIM cards. 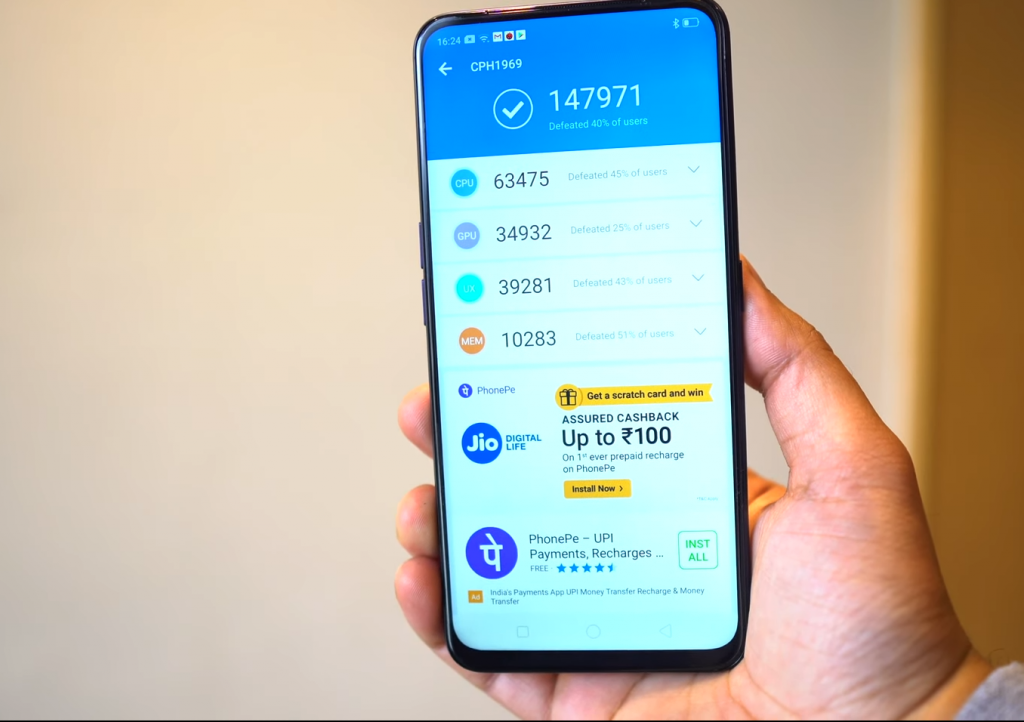 OPPO has its own impressive VOOC fast charging technology and in the OPPO F11 Pro, it has been upgraded to version 3.0. The battery will have a capacity of 4,000mAh so that it can be used comfortably for up to 2 days. And of course, thanks to the VOOC 3.0 quick charge support, it will only take 40 minutes for the battery to be at full capacity. Another positive point is that the device is available with uns ColorOS 6 based on Android 9.0 (Pie) as soon as you turn on the smartphone, offering many new experiences. 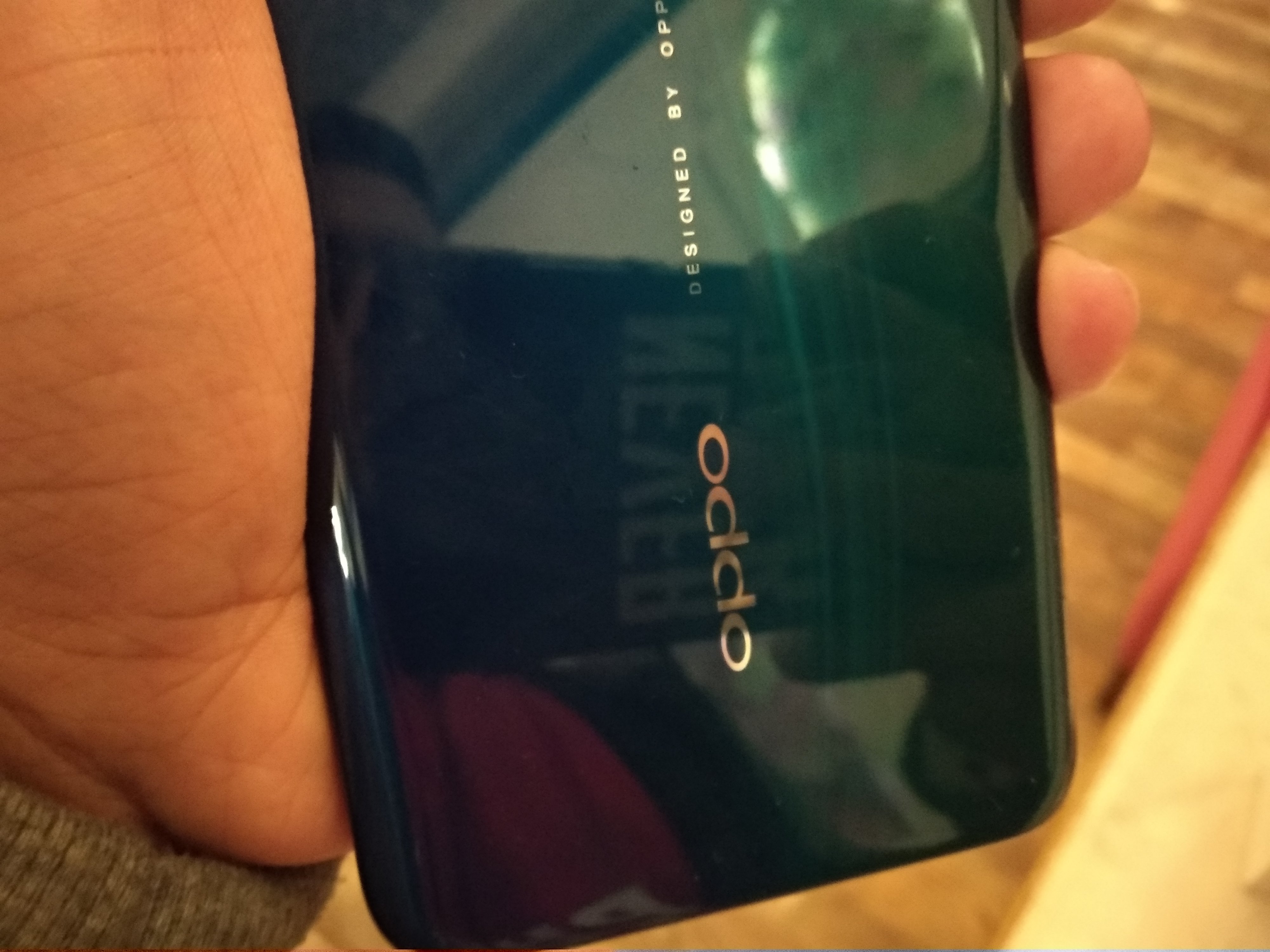 The terminal has a 16MP front camera (aperture f/2.0) that can “excel” in a very impressive way. OPPO calls this “pop-up mechanism” because it turns and appears on automatically when needed and is hidden when not in use. This gives you a viewing area of up to 90.9% on the front, which provides a fluent screen experience. Thanks to the beauty mode with AI and the latest technology that is included in the smartphone, we can rely completely on its ability to capture great selfies.

The device comes with a camera with a resolution of 48MP which is accompanied by a 5MP camera that promises to give you photos with an “extremely virtual beauty”. OPPO also says that the new camera of its smartphone is capable of shooting in low light conditions with Ultra Night Mode.

The samples from the first tests look promising. What allows the phone to be on par with the big manufacturers in all light conditions. Here the samples and judge for yourself:

We still do not know the exact date of the launch but it will be in this month of March 2019. However, its price has already been commented on several opportunities that will be approximately 360 dollars or 320 euros. In general, will not exceed the range of 500 dollars but we should expect more news about it. 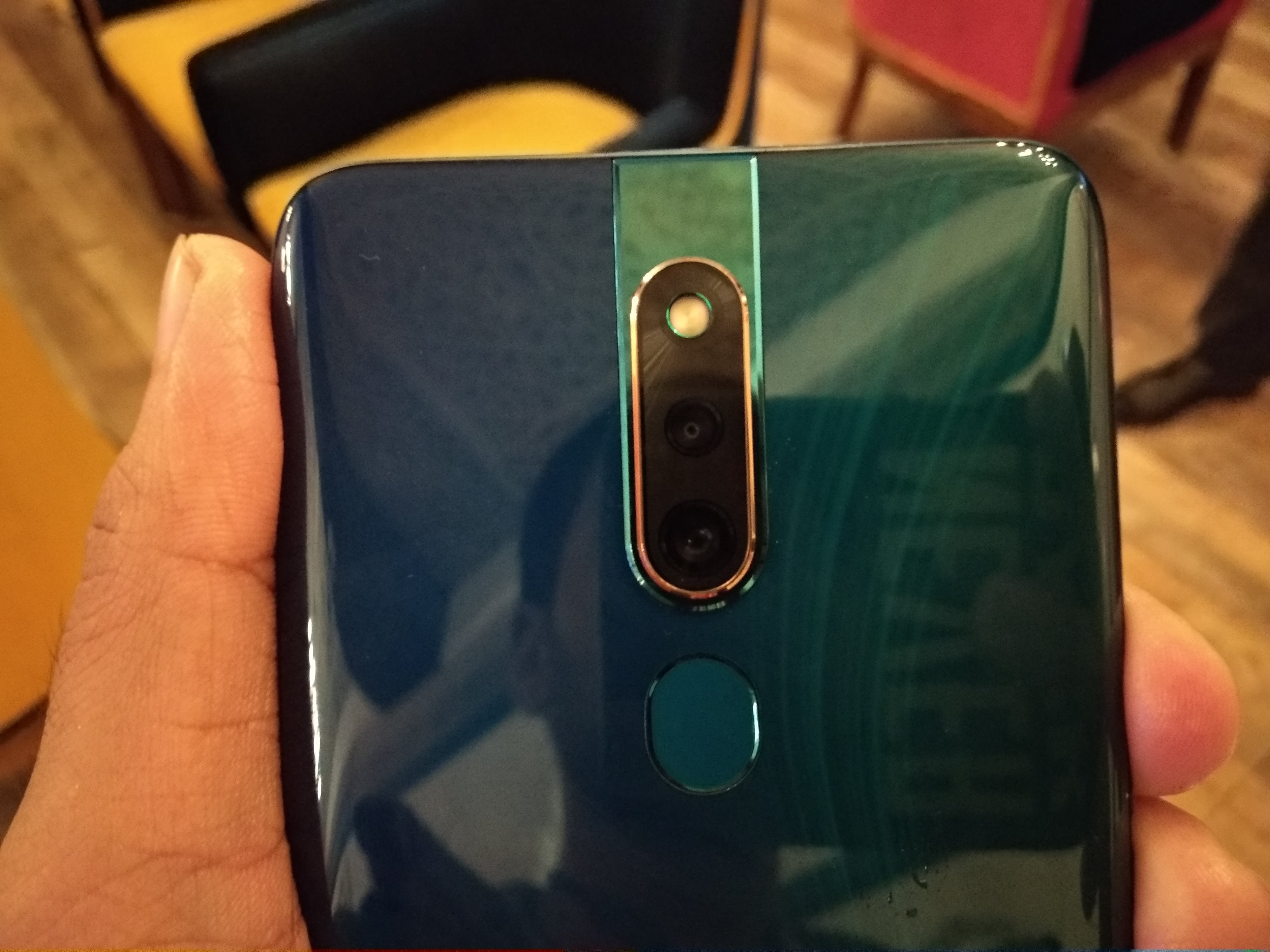