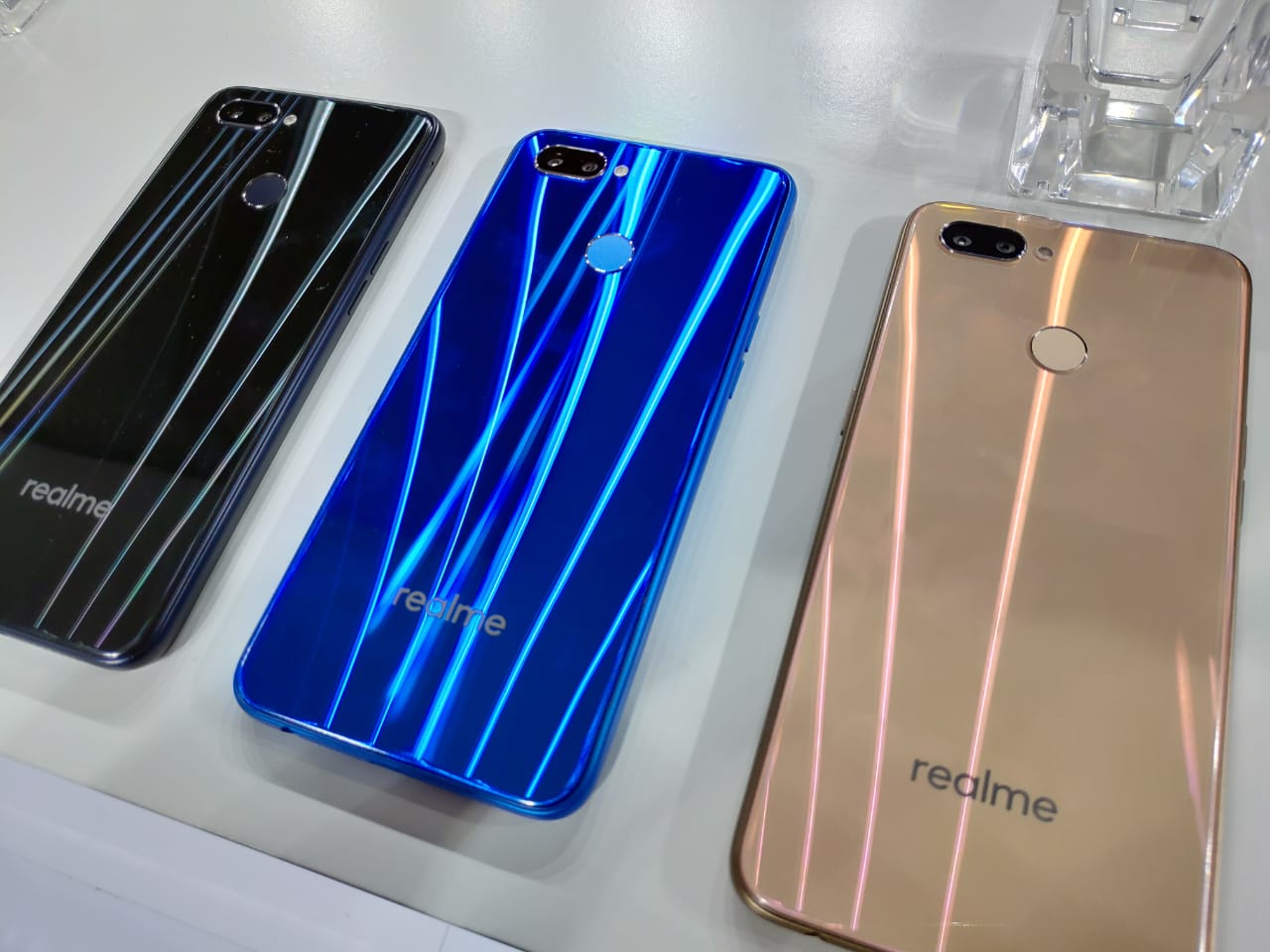 OPPO is a recognized company in the Smartphones market. In their power, they have different brands and subsidiaries that allow them to constantly release new mobile phones in the market. One of these is Realme, a brand that released their Realme 1 Smartphone some time ago, but during this week they have become the attention focus as they are preparing to reveal a new terminal. In this OPPO Realme U1 Hands-On Review, we will show you everything we have tried out of this Smartphone that will be released this November 28 at 12:30 PM in India, positioning itself as a powerful opponent in the mid-range of Smartphones.

In this OPPO Realme U1 Hands-On Review we can see that, as we mentioned in the title, the new Smartphone adopts the notch at the top of the screen with the most recent scheme of having a waterdrop shape, reducing its dimensions to the maximum to give it greater participation to the display.

The new Smartphone screen uses an IPS LCD technology and has dimensions of 6.3 inches with HD+ resolution (1080x2340p) which gives it a density of 409 pixels per inch. Thanks to its notch design, the panel achieves a 19.5:9 aspect ratio.

In the images, we can see how from Realme they have refined the borderless design with each rounded profile of the Smartphone, which is said to arrive in 2 colors, both with that metallic effect in the back case.

This terminal is all at the hardware level. In this OPPO Realme U1 Hands-On Review, you will appreciate that from the manufacturer they have put a lot of care in bringing the best performance at a competitive price. 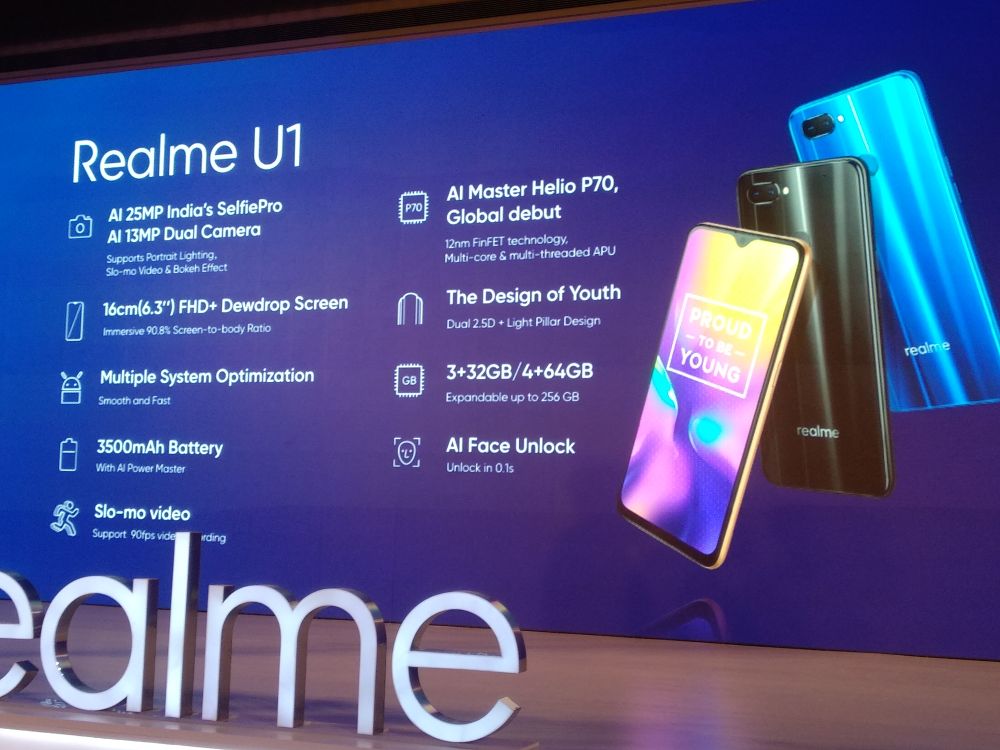 In this special case, we will start talking about the cameras of the terminal, since these are a fundamental part of what makes the OPPO Realme U1 so special. The rear configuration is two sensors with a combination of 13MP + 13MP with multiple functions such as exposure compensation, Digital Zoom, ISO control or the latest in HDR. Now, the front camera is a technological wonder based on a 25MP sensor that includes a new AI beauty system for better selfies.

At the processor level, the Smartphone has an octa-core Helium P70 MediaTek with a 4 core Cortex A73 architecture at 2.1GHz + 4 Cortex A53 cores at 2.0GHz and a 12nm lithography. It is complemented with a Mali-G72 MP3 GPU to process the graphics. The memory combinations that are known are one of 3GB of RAM + 32GB of ROM and a Premium of 4GB of RAM + 64GB of ROM; It is important to note that storage can be expanded by up to 256GB by using micro SD cards.

Another feature of the Hardware that is important to highlight is the presence of a 3500mAh lithium polymer battery that allows it to withstand a day of medium intensive use without the need for a recharge.

This is the most interesting part of the new OPPO device. The Realme U1 will be the direct competition of terminals such as the Xiaomi Redmi Note 6 Pro or the Nokia 6.1 Plus in the Indian market. The terminal is scheduled, as previously mentioned, to be launched this November 28 at 12:30 PM India time through the corresponding online stores such as Amazon or the official website of the company. The prices set for this Smartphone are: for its 3GB of RAM + 32GB of ROM version, it will cost just INR 11,999 (approximately $169), while its 4GB of RAM + 64GB of ROM version would cost INR 14,499 ($204 at change). The OPPO Realme U1 is also expected to have flash offers at the time of its launch. 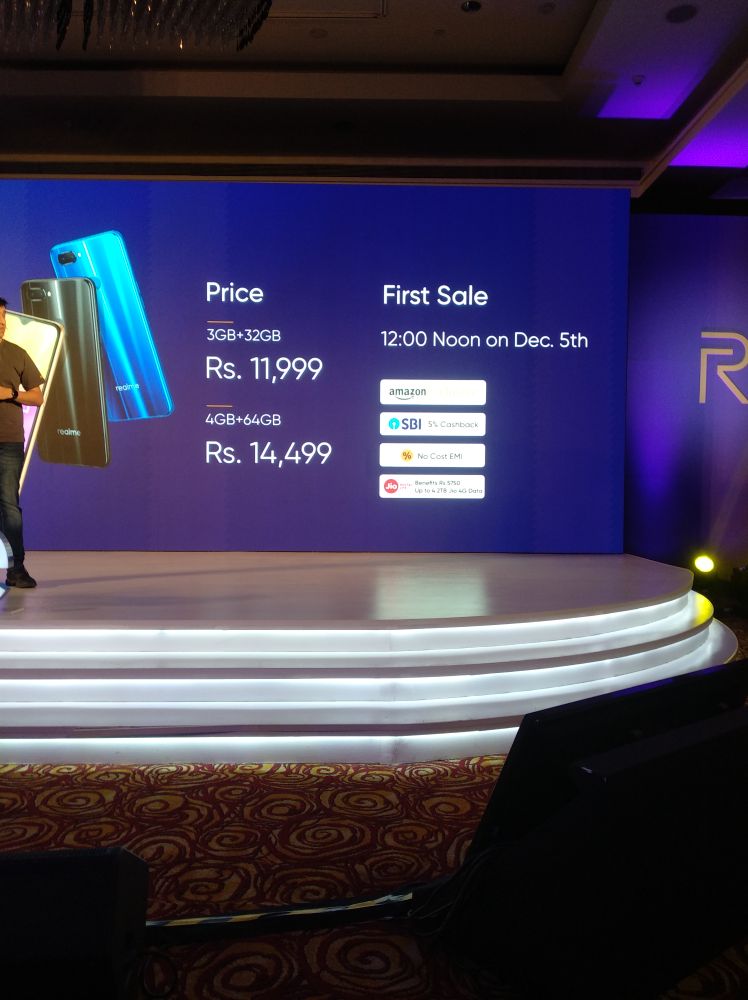