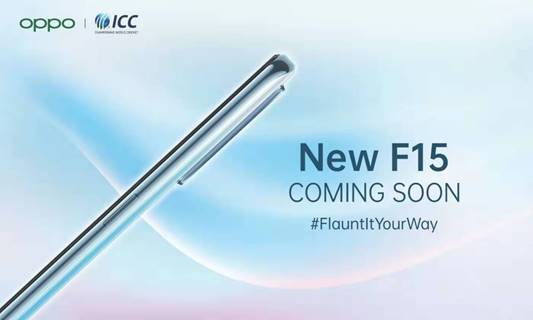 Ready to kick off the new year in style, OPPO is all set to introduce a new smartphone to its popular F series OPPO F15 in India soon.

The highly celebrated F series, owing to its combination of innovation, design, and technology has always been popular amongst the youth in its price segment.

The eye-catching finishes on the F9 Pro or the gradient design of the F11 Pro, the F series has always showcased the trendiest technology to consumers. OPPO’s Selfie Expert F series launched in 2016 drove the ‘Selfie’ trend in the smartphone industry.

Along with a sleek design, OPPO F15 comes with a host of features making it a worthy contender in its price segment. It also redefines the standards of lightweight and design making it the most fashionable F series smartphone.

OPPO has combined some of its latest breakthrough technologies in a sleek design for their upcoming OPPO F15. The OPPO F15 provides consumers with a chance to flaunt their style with its sleek and trendy design.