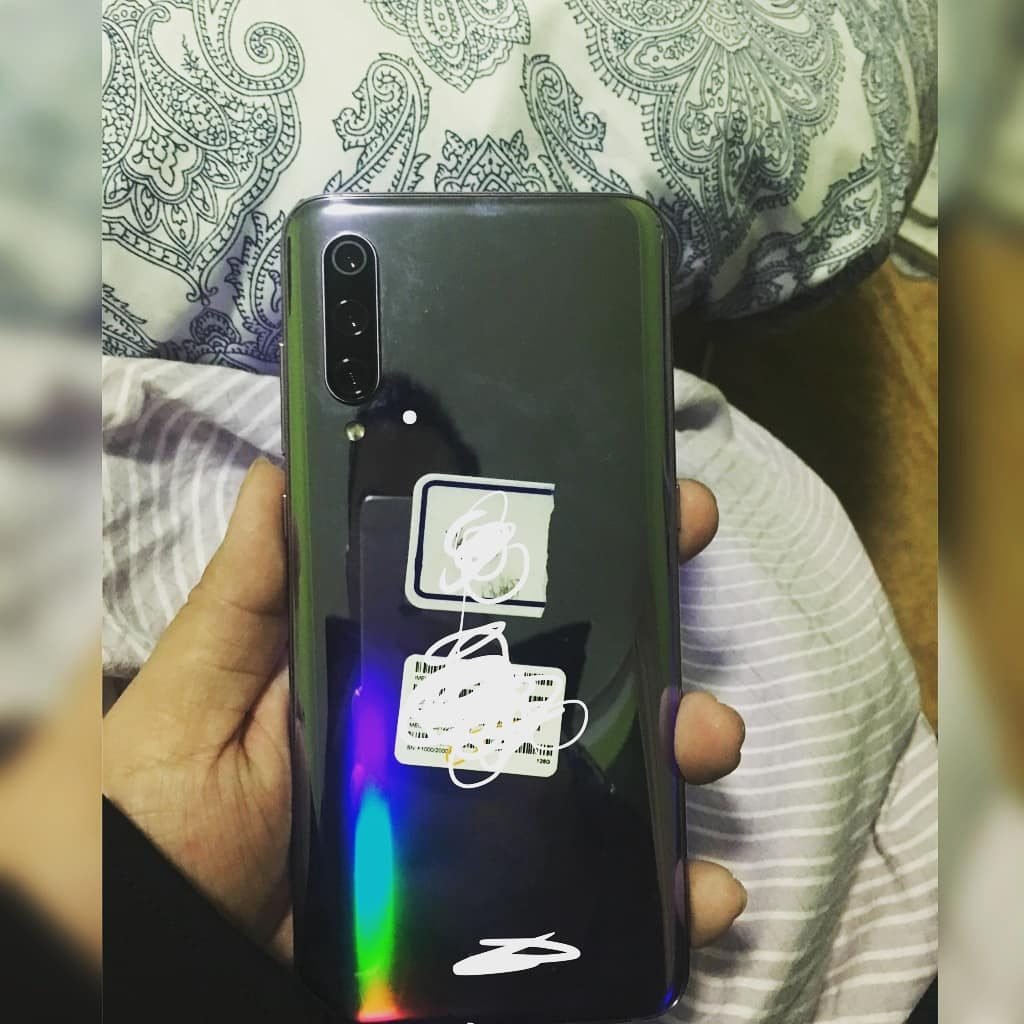 Today, it’s official that Xiaomi Mi 9 will release on February 20th. It is said to be the best-looking Xiaomi phone so far. Many officials have also hinted that the camera performance of Xiaomi Mi 9 will reach a new level, even beating Huawei P20 Pro.

Now, Xiaomi officially announced that Wang Yuan in the TFBoys portfolio has officially become the spokesperson of Xiaomi smartphone brand. In the official Xiaomi Mi 9 poster, Wang Yuan directly shows the Xiaomi Mi 9, confirming that it will use the triple camera configuration. Getting in detail, the three cameras and flash are arranged vertically in the upper left corner of the camera. Interestingly the top camera has a green circle surrounding it. It shows that the primary camera is different from the other two. 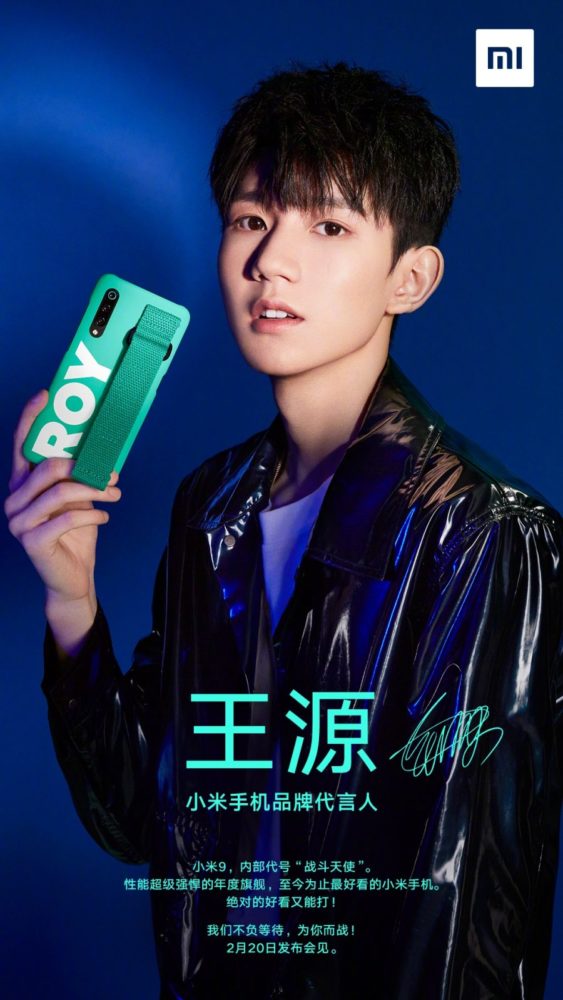 Furthermore, there is no fingerprint identification module on the back of Xiaomi Mi 9, which obviously supports under-display fingerprint module. 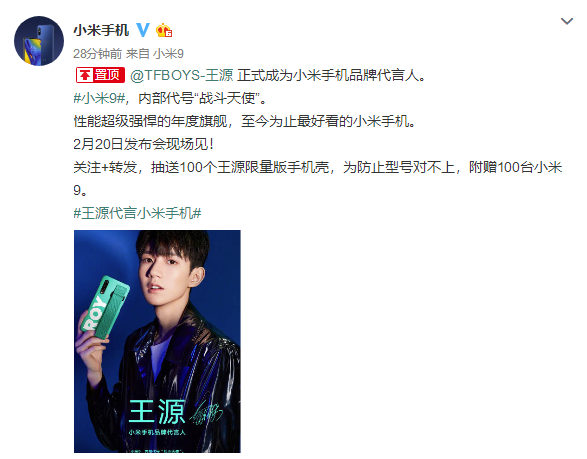 We should note that the phone is the poster is Xiaomi Mi 9 limited edition. It has the green styled Mi 9 case equipped along the name ‘ROY’. Xiaomi officially announced that it will send 100 Wang Yuan limited edition smartphone cases through Weibo. In order to prevent the model from being mismatched, 100 units of Xiaomi Mi 9 will also be given.