Finally, the statistics on the Q2 2019 smartphones shipment in India has been released. According to the latest research report of Strategy Analytics, the total shipment of smartphones in Q2 was 35.6 million units in 2019, and the shipments in Q2 in 2018 were 34.5 million units, a 3% increase year-on-year. 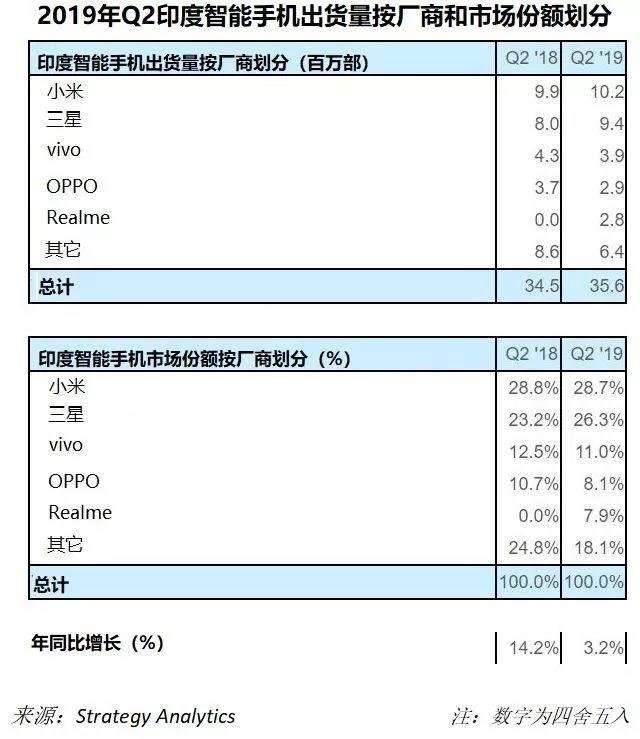 It should be noted that in the past 12 months, Realme’s share of the Indian smartphone market has risen from zero to 7.9%. Thus, it appears that realme is India’s fastest growing brand after Xiaomi. Recently, Realme has entered the Chinese market again, and the current situation is good.