HereWithout a doubt, the QCY earbuds have gained enormous popularity in recent years not only because of their prices but also that users are in search of the best TWS earphone. Thanks to their great popularity, many versions of these have been released, such as the QCY T5, and today we are going to compare three of these earbuds, so welcome to this new QCY T11 vs T11S vs T10 comparison!

QCY T11 vs T11S vs T10 – Design and Appearance Comparison

Before we talk about the way these three pairs of wireless headphones work, let’s start the QCY T11 vs T11S vs T10 comparison by talking a bit about their design. At first glance, we can see that these are very similar since they all have the very useful and popular half in-ear design, which gives them the opportunity to position themselves in a great way inside the ear, avoiding so there are so many problems when the user is on the move.

Having said that, and although each one has a unique design, these three pairs of earbuds have ear tips of different sizes (small, medium, and large), which will be of great help to achieve greater comfort for the user.

Now, about their weight, these three pairs of earbuds have a weight of 7.4 grams. On the other hand, the QCY T11 and T10 have the protection of the IPX5 certification, while there is no knowledge about the level of protection that the T11S have. Finally, these three pairs of earbuds can be controlled through the use of touch panels, being more convenient than physical buttons.

Now it’s time to talk about the comfort and wearing experience of these earbuds. Because they have very similar designs, these three pairs have a benefit in common, and that is that as mentioned above, they have different sizes of interchangeable ear tips to achieve greater user comfort, depending on the size of their ear. And, although these earbuds are made of plastic, the comfort provided by the ear tips and the ability to adapt them to each user eliminate the possibility of discomfort or pain as much as possible.

Also, at the level of controls, these three pairs can be controlled in an easier way thanks to the simple functions of their touch panels.

In relation to the connectivity of these three pairs of earbuds, we are going to talk about different aspects. About their max range, they all have a maximum connectivity range of 10 meters, plus they can connect to iOS and Android phones and computers. Also, speaking about how quickly they connect, they all connect within 10 seconds.

Now moving to the sound quality, we must clarify something that is very important, and that is that we are talking about three pairs of Tws earbuds, which usually reduces the sound quality a bit. When talking about the sound that earbuds are capable of providing, to know which is the best, you have to see the way in which they develop in different areas. In addition to that, it is also necessary to clarify that the QCY T11 and T10 have a 7mm dynamic driver, while the QCY T11S has a 12mm dynamic driver, which, although it could mean better performance in relation to the bass, can play against it at the treble level.

Starting with the treble, the QCY T11 and T10 provide better results, having a well-balanced response throughout the entire range, thus having a clean and pleasant reproduction, while QCY T11S has some overemphasis on the bass range that can add a bit of muddiness. With that being said, about their bass accuracy, the QCY T11S has a very good bass performance due to their 12mm dynamic driver, while the QCY T11 and T10 do not provide such good quality.

With that being said, in relation to mid accuracy, the QCY T11 and T10 are capable of providing very good quality in this category, while the QCY T11S lags a little behind, just like in the soundstage.

In relation to the applications, these three pairs of earbuds can be controlled through an application called QCY App, which offers a few information details and equalizer presets, being available for Android and iOS devices.

On the other hand, talking about the features, in all of these earbuds we have things like a built-in microphone, transparency mode, AAC support, wear detection, NFC, a proximity sensor, and much more. With that being said, the QCY T11S has support for gaming mode.

Moving on to talk about this category in this QCY T11 vs T11S vs T10 comparison, these three pairs of earbuds feature built-in microphones. Having said that, when talking about the noise-canceling feature, in the case of the three pairs of earbuds the performance is okay, so it is advisable to use them in quiet places. On the other hand, in relation to how’s the sound on the microphones, they are capable of providing a good sound to be Tws earbuds, being all three on an almost identical level in this aspect. 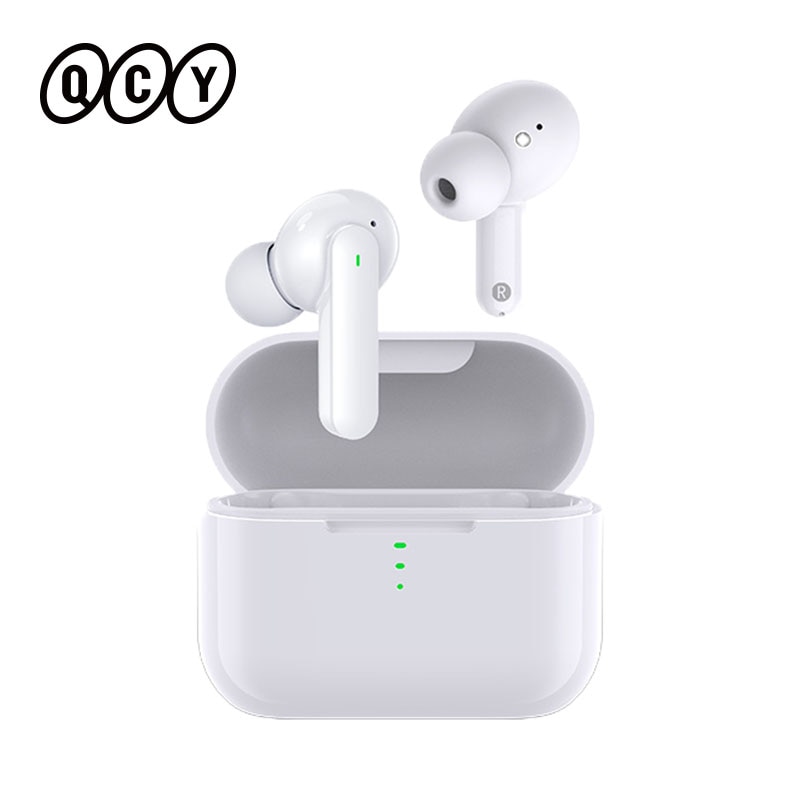 Concluding this QCY T11 vs T11S vs T10 comparison, we have the final verdict. Undoubtedly, these pairs of earbuds have their points in favor and their points against, so the winner of them will depend on the user. Likewise, these three pairs of earbuds are very similar, since they are matched in 3 versions in a row, although their differences should be noted.

Throughout this comparison, we have seen that, for their part, the QCY T11 and T10 seem to be almost identical, not only because they have the same level of certification against water, but because they also have other specifications in common, such as their driver size, the capacity of their batteries and that of their charging cases and, also, their battery life. On the other hand, and although there is not much information in relation to the QCY T11S because they are relatively new, thanks to the audio chip they have, as well as the updated version of Bluetooth they have and the duration of their battery, it is seen that are capable of providing good performance, just like the other two pairs.

I hope you liked this QCY T11 vs T11S vs T10 comparison. Anything we forgot to tell? Want to share your experience with the earphones? Let us know in the comments box.