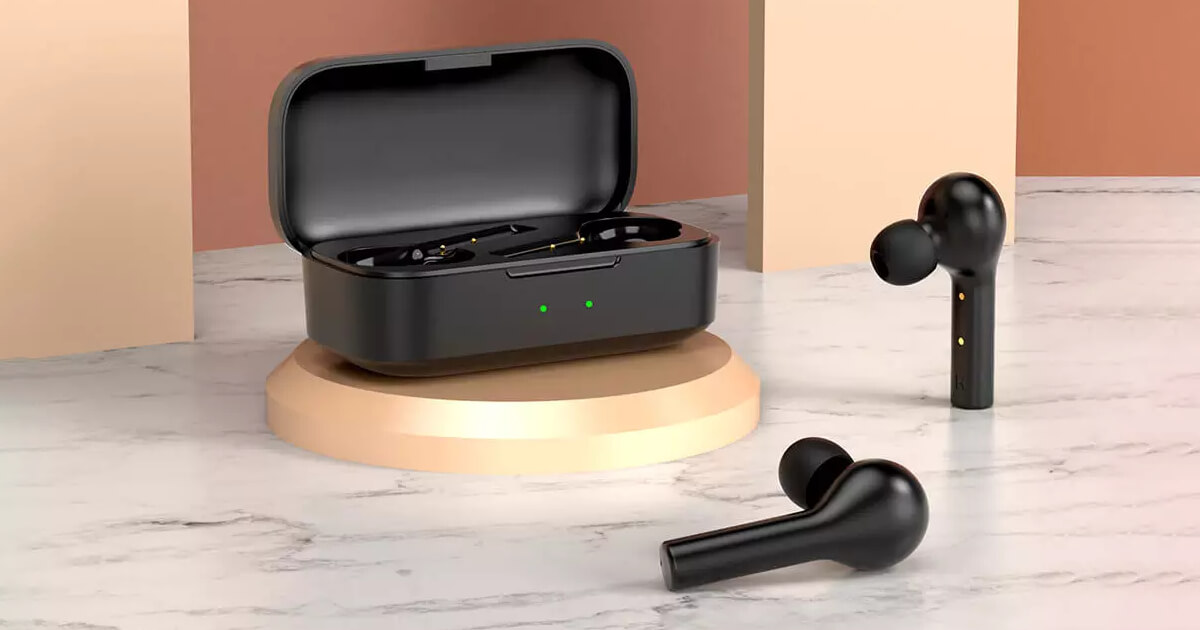 Qcy T5 vs T5 Pro vs T5S – Every Difference You Need To Know!

Before we start talking about the internal specifications of these three earphones, let’s talk a little about the design and appearance that these have. It is worth mentioning here that these are partially in-ear TWS earphones or half in-ear. I said partially since they aren’t completely inserted in the ears but the stalk part extends from the ear much like the AirPods. Also, the three models have the same dimensions of 9.50 x 5.50 x 2.00 cm. 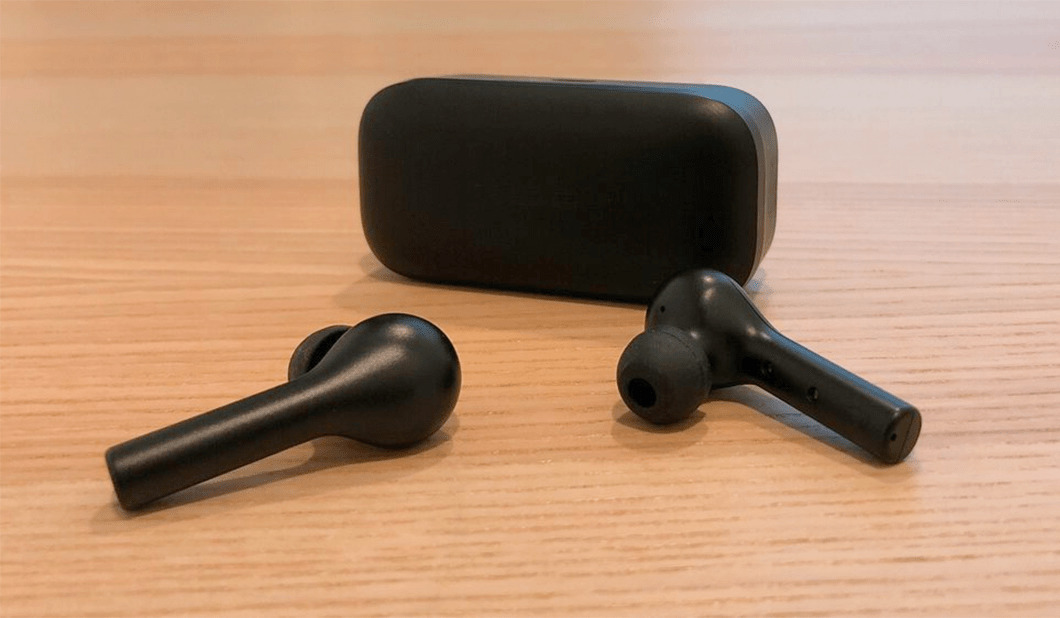 These three earphones are made of plastic with a slightly glossy appearance. Along with that, they have a very minimalist design; On the earbud, we just see the plain black texture with the R or L engraved, the charging terminals in mid, and the multi-colored LED found at the end of the stalk which only blinks while charging or while in pairing mode. At the bottom is the microphone opening for each earbud. When both earphones are paired, the dual microphones work together.

With that being said, the T5 doesn’t have either the IP67 or IP68 certification, and even though the T5 Pro and T5S have the IPX5, they are not fully waterproof and it is not possible to completely immerse them in water. The three of them are IPX4 certified (splash proof and sweat proof). 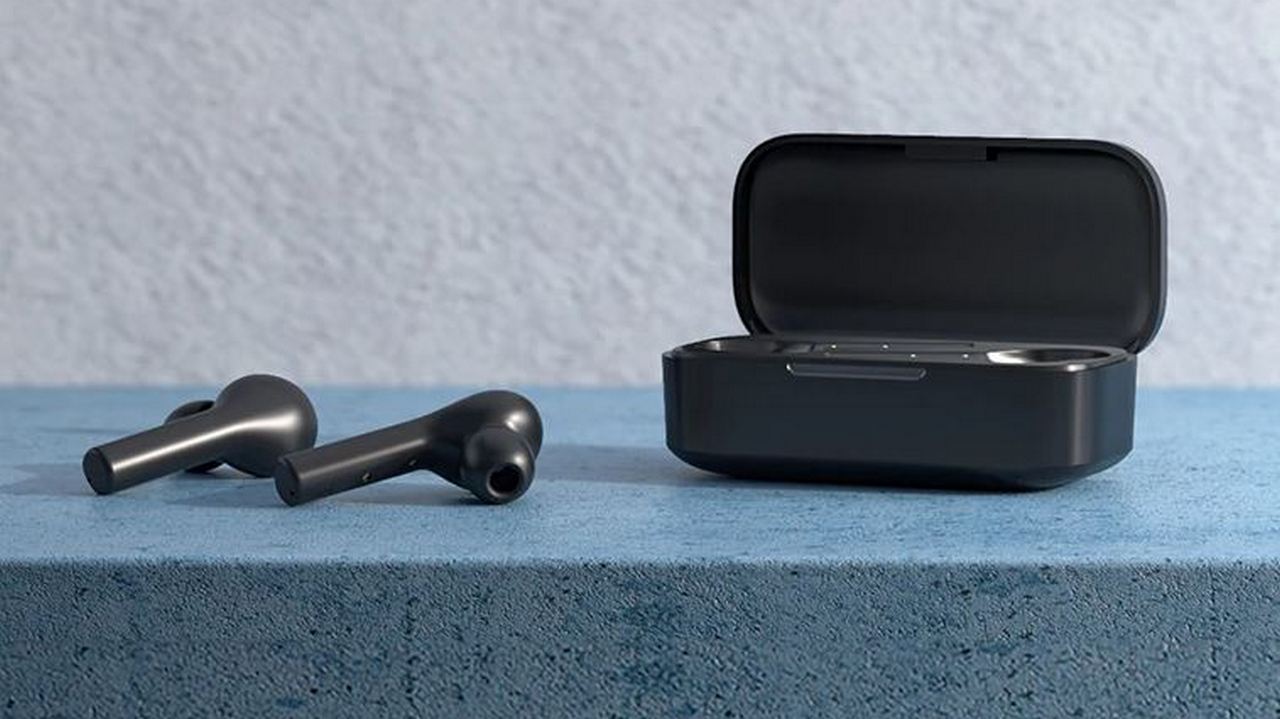 Going on to talk a little about the comfort that these provide, ultimately they have many points in their favor. Due to the fact that they are made of plastic, the earbuds are extremely light, weighing only 4.3 grams and, also, QCY provides three silicone ear tips (S, M, L) which are suitable for almost every ear size. In relation to the tips, for some people those made of foam are a little more comfortable, however, the provided ear tips are super fine and allow a firm hold of the earphone in the ear.

A very important detail to note is that, although these headphones conform to the user’s ear thanks to the ear tips, it is not highly recommended to use them when exercising, because they are not made to withstand strong movements. 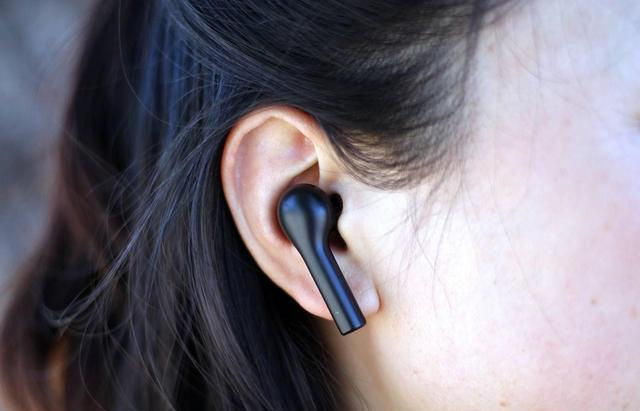 Similar to the earbuds color, the charging case of these three products is also black in color and is made of plastic. Likewise, and like the headphones, these three cases have the same dimensions of 10.00 x 6.00 x 3.00 cm and reduced weight. Above these, there are some features not only the same but also very functional, as well as special LED lights that indicate if the case is charging, magnets inside that not only allow it to be closed safely but also secure the earbuds, and a really tight lid hinge.

A negative point that these cases have is that the plastic with which they are made is not resistant to scratches, but you just have to be a little careful and they will be fine. 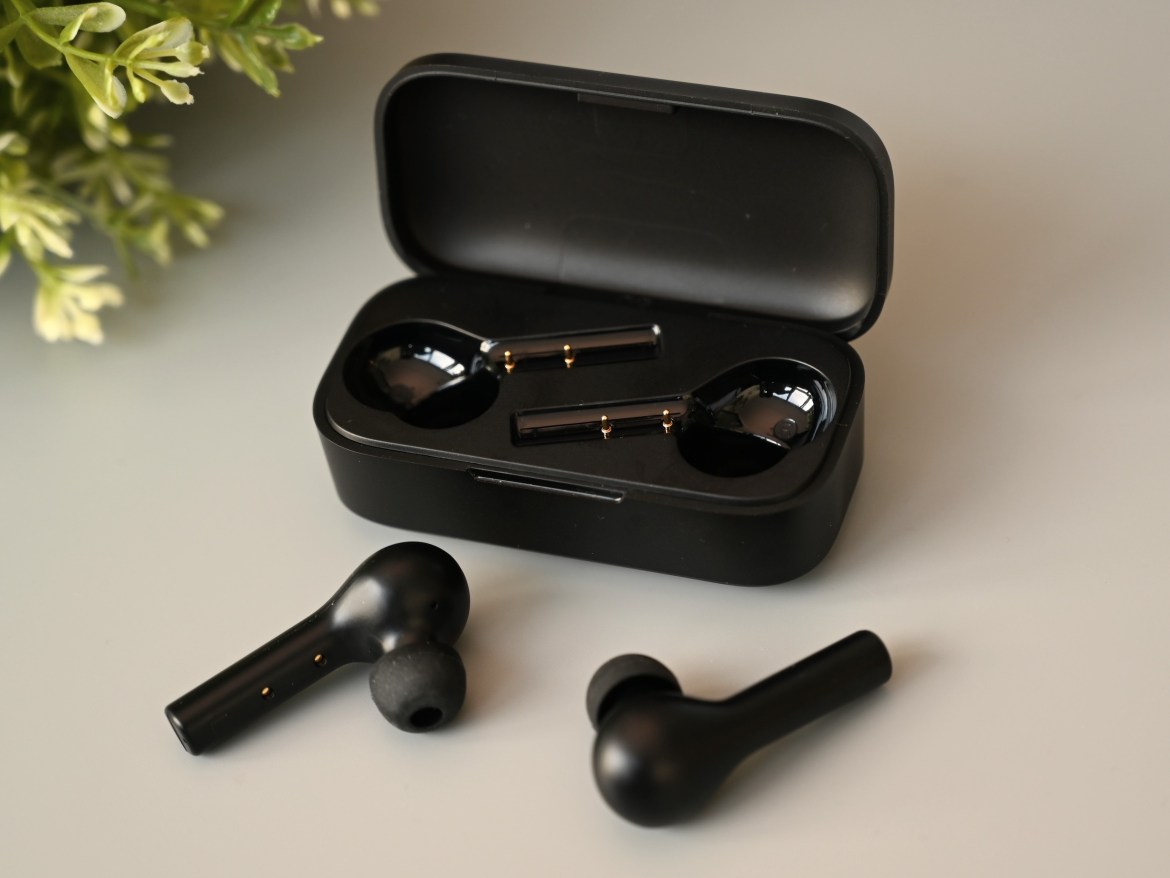 When it comes time to talk about hardware, many people would think that some high-end chip made by some popular company is inside these headphones, however, they could not be more wrong in that regard. In the Qcy T5, there is a GreenRadio™ audio chip, while in the T5 Pro and T5S versions we get with a PAU160X chip. In general, there is not much knowledge about these chips, but what is known is that they provide devices with great connection quality.

With that being said, one of the greatest highlights of these three products is the master switch added on each earbud. This means that either of the earbuds will serve as the main earbud and will carry the functions of the main earbud (play, pause, call, forward, etc.). This is a useful approach because if you lost an earbud or one of the earbuds gets faulty, one can easily use another earbud as a mono earphone with the same functionality.

Now moving to the sound quality, the reality is that you can’t expect professional audio; Remember that when buying any model of True Wireless headphones you are dispensing with audio quality to gain comfort. These three headphones have a Nano-material body with a 6mm dynamic driver and as a result, we get a balanced sound in every way, although not perfect.

Having said that, by being placed correctly on the ear, these headphones are capable of keeping external noises moderately opaque, and that is that although external sounds could still be heard a little, everything can be solved by setting the volume of what it is being listened to 100%, which is performing in a great way. However, these earphones lack bass, which although not a problem in itself, could become annoying for some users.

There’s no microphone difference in all three earphones. They have the same mic.

The call quality is just average, nothing special. They do have CVC 6.0 technology to eliminate background noise, however, it’s useless, to be honest. An excellent microphone is not what you will be getting in the three earphones but an average microphone.

QCY does say that they have 3 times less latency in the T5 series in comparison to the rest of the available earbuds in the market. Having said that, the lag is a bit above while gaming, however, it does improve drastically in gaming mode.

On the other hand, these three versions have the fifth version of Bluetooth, 5.0, which is capable of greater stability, battery optimization, and have a faster connection speed. All three have a range of 10 meters. On top of that, we found that they can be used separately and linked in the same way. Also, they automatically connect after removing them from the box.

Now let’s discuss the functions and features of these earbuds. In the Qcy T5, we have things like:

In the Qcy T5 Pro, we have these additional features apart from the above-said features:

Lastly, in the Qcy T5S, we have these additional features along with the above mentioned simple QCY T5:

In terms of features and functions, QCY T5 Pro wins because of the additional wireless charging feature.

Moving to the battery part, here we find a difference between these three headphones, and it is in the capacity of their batteries. Even if each earbud has a 40mAh battery, the QCY T5 has a battery capacity of 380mAh, while both the T5 Pro and T5S have a huge battery capacity of 600mAh.  The QCY T5 Pro stands on the top with a wireless charging feature . That being said, the charging time of all the cases to charge to 100% is 2 hours.

In relation to the battery life, and because the capacity of the T5 Pro and T5S is greater, there are rumors and supposed clarifications that they can work for around 35 hours with just one charge, but the reality is that the Qcy T5 can run for up to 5 hours straight, while the other two models only run for 5 or 6 hours.

Warning: Don’t charge these earphones with a quick charging or fast charging charger. Just use a standard charger (10W).

QCY T5 is the least expensive one among three with a price ranging between $17 to $20. They are one of the cheapest TWS earphones around. The T5S are slightly expensive than the standard ones with a price of $25 to $27. The most expensive is the T5 Pro with is priced at $29 to $33.

You can grab QCY T5 from the QCY official store on Aliexpress for the best price. Click here.

To Grab QCY T5 Pro from the QCY official store on Aliexpress for the best price, click here.

To Grab QCY T5S from the QCY official store on Aliexpress for the best price. Click here.

We hope you loved this Qcy T5 vs T5 Pro vs T5S comparison. Which one is your favorite TWS earbud? Let us know in the comments. 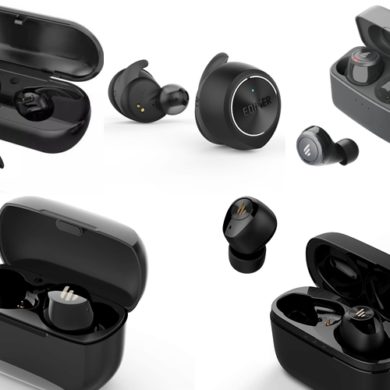