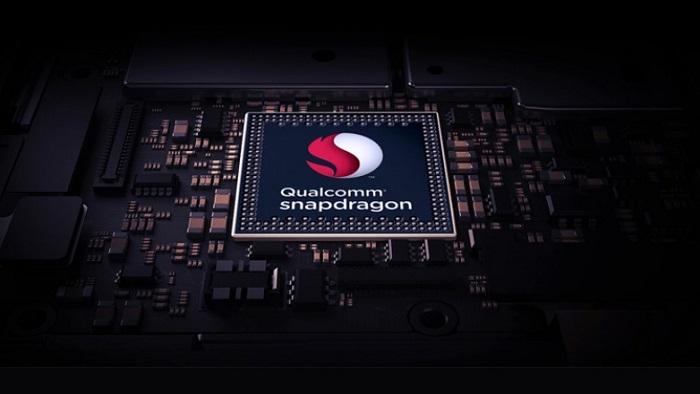 Three quarters is the time it has taken Qualcomm to renew the relatively successful Snapdragon 710, a chip that is halfway between the mid-range and the high-end. Qualcomm has updated it slightly in the new Snapdragon 712. Only a few things really change, although the manufacturer talks about up to 10% improvement in performance. Besides comparing it with his “younger brother”, today we will also put them hand in hand with the Snapdragon 670, which has features similar to his two opponents. So, let’s start the Qualcomm Snapdragon 712 vs Snapdragon 710 vs Snapdragon 670 comparison. 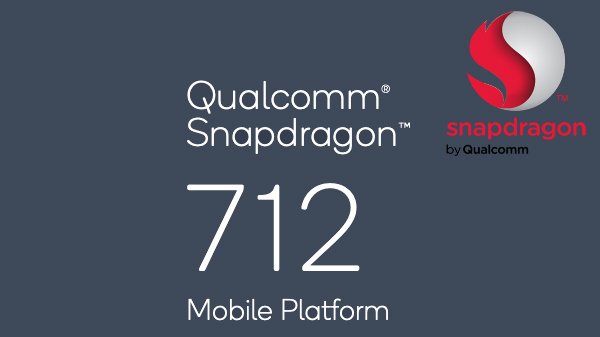 These three Qualcomm SoC are destined for the upper middle range. However, the Snapdragon 670 has been integrated into lower-end terminals, providing them with unsurpassed performance and AI technology. On the other hand, the Snapdragon 710 has been considered one of the best chipset of the company, it is only below the Snapdragon 845 and the 855, can the 712 be up to the demands?

We start with the fact that, in the three chipsets, the manufacturing is maintained in 10 nanometers. In the case of the Snapdragon 712, it seems really the same processor of the 710, which have managed to improve its efficiency. Between them, we went from 2.2 GHz to 2.3 GHz of operation. The frequency increase of only 0.1 GHz and the process technology is optimized to make the processor have a lower energy consumption and heat generation. Both the Snapdragon 710 and the 712 are comprised of the Qualcomm AI Engine that integrates eight Qualcomm Kryo 360 cores. 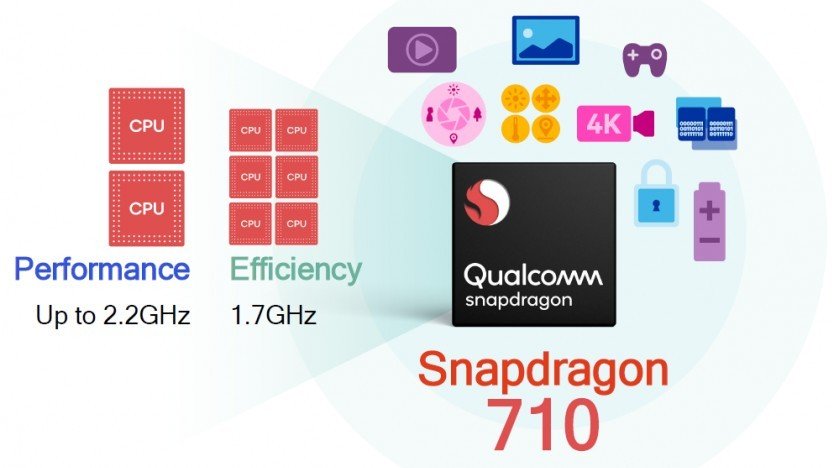 Meanwhile, the Snapdragon 670 is the first chip in the series to have Kryo 360 cores, tuned by Qualcomm itself to offer better performance. Specifically, the Snapdragon 670 has two Kryo 360 A75 high-performance cores with a maximum speed of 2 GHz, accompanied by six other A55 cores at 1.7 GHz, dedicated to saving energy. Compared to Snapdragon 710, devices powered by the Snapdragon 712 mobile platform are designed to better manage battery usage, auto-adjust settings for pictures, and understand your voice cues more naturally. 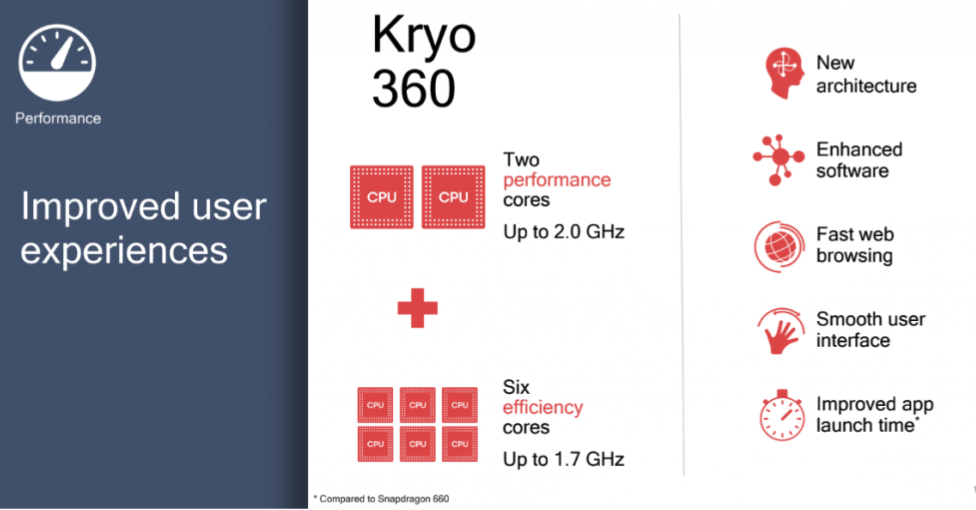 If we talk about the GPU, we find an old acquaintance in the Snapdragon 670, the Adreno 615. However, A superior generation is present in the Snapdragon 710 and 712. The Adreno 616 GPU supports lifelike visuals and efficient rendering of advanced 3D graphics, as well as support and access to the latest graphics APIs.

In addition, the new Quick Charge 4+ mode is introduced in the Snapdragon 712. This small evolution would increase the maximum load speed by 15%. This allows, according to Qualcomm figures, charge up to 50% of the battery in just 15 minutes. Other improvements between the Snapdragon 712 and the 710 are related to Bluetooth connectivity thanks to systems such as TrueWireless Stereo Plus and Broadcast Audio. This allows stereo sound through two Bluetooth headsets with an energy consumption up to 65% lower. The Snapdragon 670 also features Aqstic and aptX audio, plus Quick Charge 4+ support.

The 14-bit Qualcomm Spectra 250 ISP of Snapdragon 712 and 710 is engineered to support still image capture of up to 32 megapixels (single camera) and 20 megapixels (dual camera). The video capture up to Ultra HD 4K. On the contrary, although we also have a Spectra 250 in the Snapdragon 670, this will allow us to operate with a single camera of 25 megapixels, or with a dual configuration of 16 and 16 megapixels. 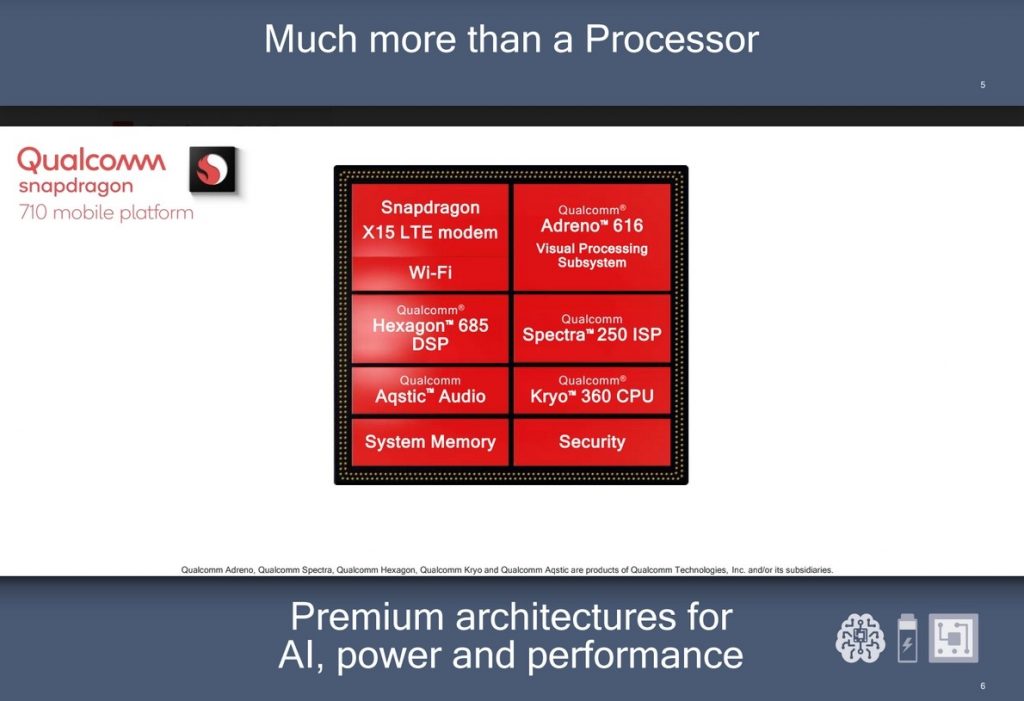 The three SoCs come with Hexagon 685 DSP for processing all, or almost all, artificial intelligence codes. In addition, it is compatible with the Snapdragon neural processing SDK, as well as the Hexagon NN and the Android NN. The Snapdragon 712’s modem is the same as the Snapdragon 710: X15 supports the Cat.15 LTE downlink and the Cat.13 uplink with maximum speeds of 800 Mbps and 150 Mbps, respectively. While the Snapdragon 670 has the ability to navigate in 4G to 600Mbps thanks to its Snapdragon X12 modem and can upload data at 150Mbps. 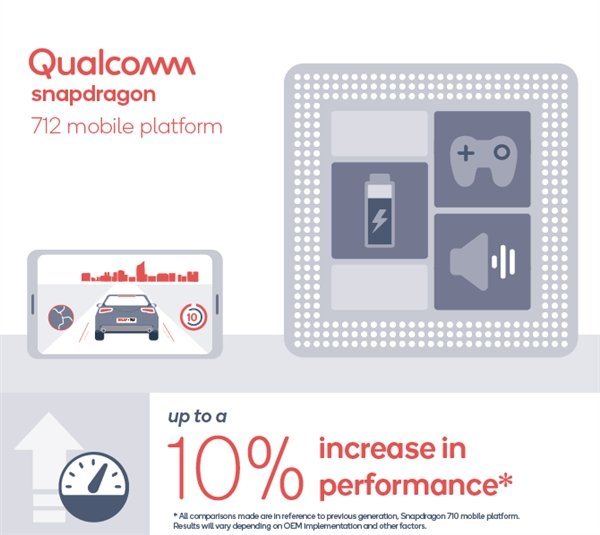 Although the Snapdragon 712 is almost identical and has only undergone minor tweaks with respect to the Snapdragon 710, it is true that the 10% improvement in performance makes it worthy of the award. In addition, it has many features that make it stand out above the Snapdragon 670. All are mid-range chipsets, but the 712 could also stand out in the medium-high range without problems.