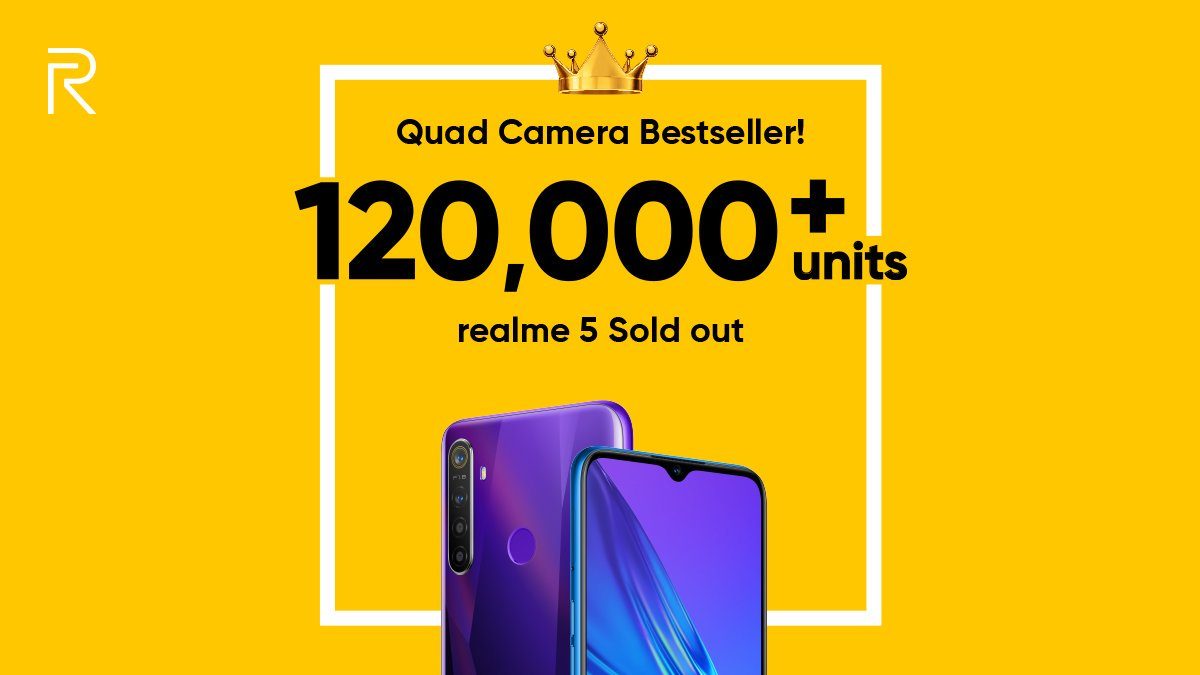 Today, on August 27, Realme 5 began its official sale in India. According to the official data, Realme 5 sold more than 120,000 units on the same day. At 8 pm local time, Realme 5 will again start selling.

120,000 units and counting! Thank you for such an amazing response for #realme5. Stay tuned for the next sale at 8 PM today. pic.twitter.com/chzOmVcmQa

In terms of price, the third entry to the realme is divided into three variants:

Considering the specs, the phone uses a 6.5-inch IPS display, HD+ resolution. The heart of the flagship is Qualcomm Snapdragon 665 SoC. The front selfie shooter is 13MP with an aperture of F/2.2. The battery capacity is one of the highlights which is 5000mAh along with pre-installed ColorOS 6 system (based on Android 9.0)