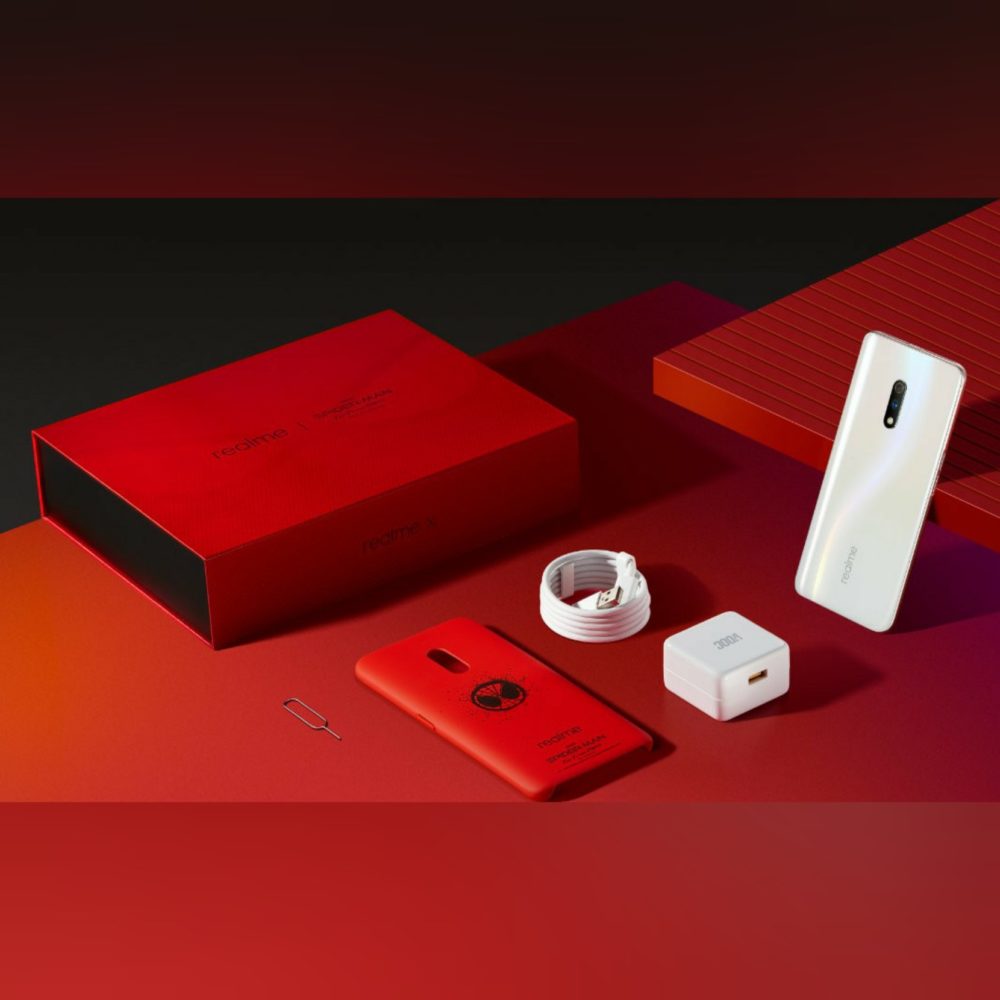 Yesterday morning, realme officially announced the Realme X Spider-Man:  Far From Home Special Edition and will be on sale at 10 am on July 9th. The configuration is 8GB +128GB with a price of 1799 yuan (262 USD). 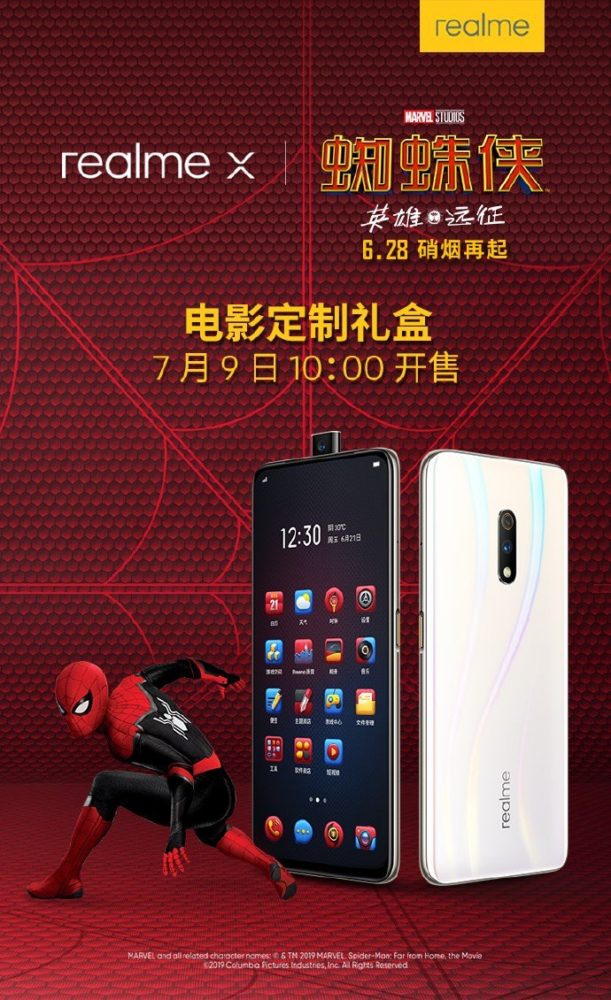 Realme X Spider-Man Far From Home Special Edition was announced after the release of the Spider-Man’s sequel ‘Far From Home’ hit theaters across China. It tells the story of Spider-man after the ultimate war in ‘Avengers 4: End game’.

Realme X Spider-Man Far From Home Special Edition has a custom made back cover and boxing with spider-man elements. Though the phone, on the outside, has no specific changes, it’s the white colored version, however, the UI icon’s have been changed to match the Spider-man red and black color elements. Moreover, the spiderman logo is present on the red colored back cover and on the white box.

The realme X uses 6.53′′ Samsung AMOLED full-screen display with 2340×1080 resolution, NTSC color gamut 100%, 5th generation gorilla glass protection, and a screen ratio of 91.2%. One of the highlights is the motorized lifting camera with the center positioning for a better selfie angle. It can be lifted and closed within 0.74s for 200,000 times. The realme X supports the latest generation of on-screen optical fingerprint sensors, which unlock faster.

Considering the configuration, realme X features a Snapdragon 710 + VOOC flash charge 3.0 + 3765mAh large power. According to the official, realme X uses a new gel cooling process, which reduces the game temperature by up to 15.2% in one hour. It also supports multiple network technology optimizations such as dual-band dual MIMO and Dolby panoramic sound.