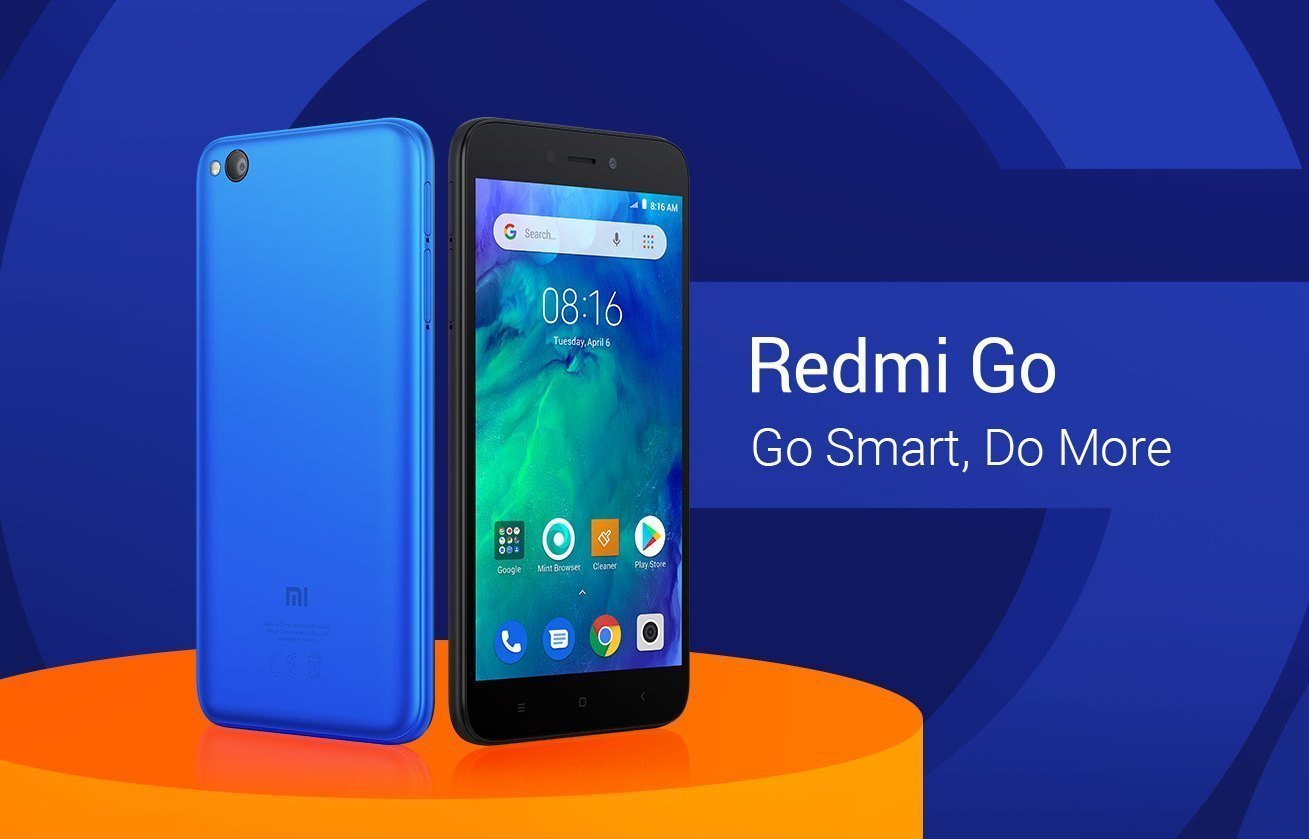 The Xiaomi entry-level smartphones were always in charge of Redmi. And although it is now an independent brand, this has not stopped being that way. It was recently the launch of the Redmi Go, a device that owes its name for having Android Go instead of MIUI. It is a budget terminal but, how much differs from the already known Redmi 6 and Redmi 6A? To find out here we have Redmi Go vs Redmi 6A vs Redmi 6 Comparison.

On the outside, Redmi 6 and Redmi 6A are terminals with practically identical designs. We have a polycarbonate chassis with a glass-covered front part. In addition, the dimensions in the smartphones mentioned above are the same (147.5mm x 71.5mm x 8.3mm). In weight, there is a slight difference, but it is only one gram (145g vs 146g). The Redmi Go has a reduced dimension (140.4 mm x 70.1 mm) and weight (137g), except for the thickness that is exactly equal to 8.3mm.

In the Redmi Go, we will not see either a notch or a frontal part that looks to beat records of a screen without bezels. The design is rather classic. Although traditional frames with horizontal and vertical symmetry have been inherited from both Redmi 6 and 6A.

Finally, the Redmi 6 and the Redmi 6A are available in the same colors: black, blue, gold and rose gold. However, the Redmi Go is only for sale in black and blue.

Xiaomi opted for the 18:9 format for the two entry-level smartphones launched the last year: the Redmi 6 and 6A. Being a complete novelty that, the one that then was the most basic model (the Redmi 6A), has also adopted the elongated format. However, with the launch of Redmi Go, things have changed. The company has retained in this the old 16:9 aspect ratio, making it the most basic budget device.

The Redmi 6 and the Redmi 6A integrate panels more compact than what we saw in the Redmi 5 that had 5.7 inches. Specifically, the new ones have a diagonal of 5.45 inches. But the Redmi Go comes with an even smaller screen of only 5.0 inches. In addition, the first two terminals offer the same HD+ resolution of 1,440 x 720 pixels, while in the Redmi Go has a slightly lower quality: a resolution HD of 1280 x 720 pixels. Even so, the pixel density of the three devices does not differ much between, being 295ppi in both 6 and 6A and 294ppi in the Go.

In the case of Redmi 6, it has a Mediatek Helio P22 processor with eight cores and 2.0 GHz, manufactured with a 12 nm process and Big.LITTLE architecture. This model comes in a version of 3/32 GB and another 4/64GB. For its part, the Xiaomi Redmi 6A is left with an Helio A22 quad-core and 2.0GHz, accompanied with 2/16GB or 2/32GB of memory. The two SoCs sound very similar, but they are not identical. 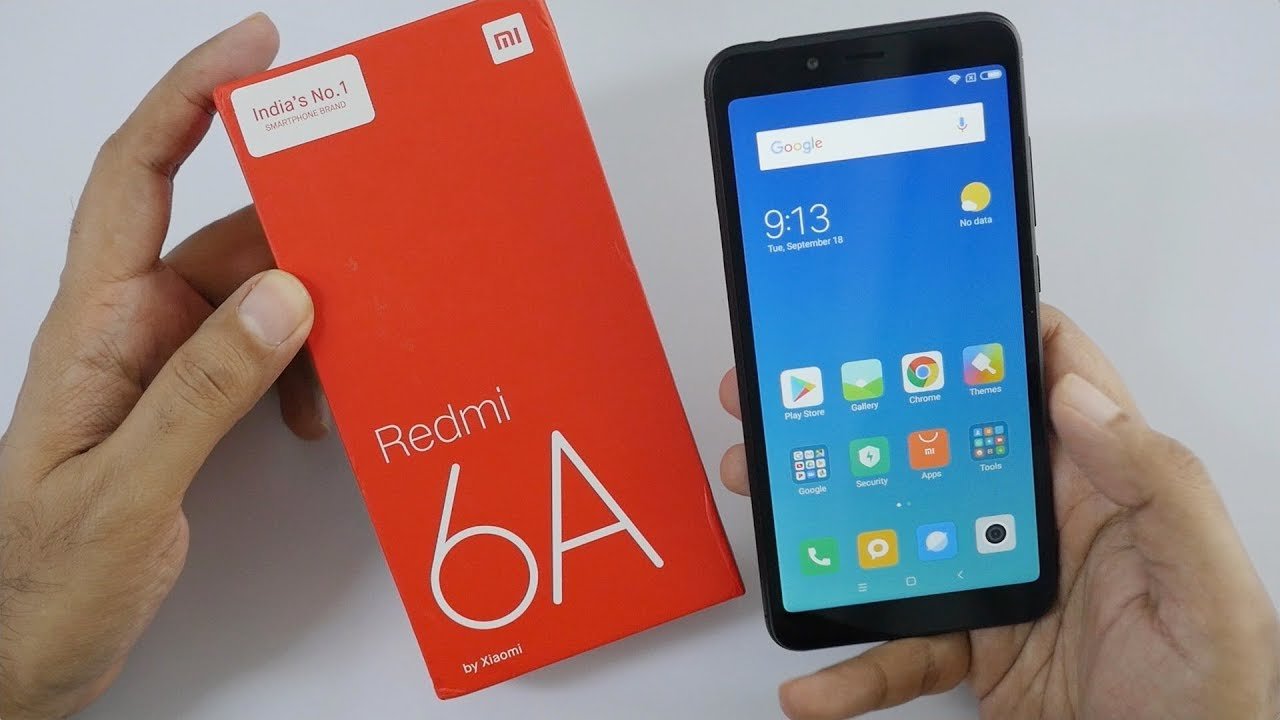 For Redmi Go, the company has once again used a Qualcomm chipset, specifically the quad-core Snapdragon 435 with a clock speed of 1.4GHz. The RAM is only of 1GB because the software and storage memory reaches 8GB, but at least there is an option to expand it with a microSD card of up to 128 GB.

The Redmi 6 and 6A are on par with the rest of the terminals in the Xiaomi catalog. Both come out of the box with MIUI 9 and Android Oreo 8.1. Among the novelties of MIUI 9 is gesture control. In addition, Xiaomi includes its assistant Xiao AI in Redmi 6, although it is only in Chinese. There is also facial recognition, a function that will be good especially for the Redmi 6A that does not have a fingerprint scanner.

On the contrary, the Redmi Go does not have the MIUI customization layer. It is the first mobile of the company with Android Go, a version that seeks to be the right software for the most basic terminals and that fits perfectly with this smartphone. Android Go is an illustrated version of the operating system that takes up less space and runs smoothly even on devices with 512 MB of RAM. It was designed to empower budget terminals with one condition, it can not be installed on smartphones with more than 1GB of RAM.

The three smartphones have the following connectivity features:

The only real difference is that the Redmi Go comes with Bluetooth version 4.1, while the Redmi 6 and 6A have version 4.2.

The dual camera appears in one terminal, we only find it in the Redmi 6. This model has a main camera with a combination of 12.0MP + 5.0MP sensors that allows applying the popular portrait mode to photos as well as improve the results in low light conditions. For the Redmi 6A camera, Xiaomi equipped a single 13.0MP sensor, and in the Redmi Go, we also have an individual 8.0MP sensor. All three models have 5.0MP front cameras.

The double camera (one front and one back), like is the case of the Redmi Go, seems to be almost a feature from the past, but if we talk about reducing the price of a mobile phone that gives the most basic use, photography must also be the minimum.

The Redmi 6, the Redmi 6A and the Redmi Go are equipped with the same 3000mAh battery capacity. None is removable and they are of Li-Polymer. They do not support fast charging.

The Redmi 6 has a price of approximately $125, which is reduced in the other two terminals. On the one hand, we have the Redmi 6A which costs around $110 and on the other is the Redmi Go with a price of $90.

Although all three devices are in the entry-level range, the Redmi 6 comes with features that make it stand out. Being honest, the Redmi 6 and the 6A are so similar in design, that it would be better to make an extra saving and acquire the most advanced version.

Of course, if your budget is small and you can only choose between Redmi 6A and Redmi Go, you should definitely take into account how much use, basic or no, you would give to the terminal. If you think that with 1GB of RAM is enough to satisfy your needs, the Redmi Go can perfectly match with your pocket. But if this is not the case, the advice is the same, save a little more and buy the Redmi 6A.