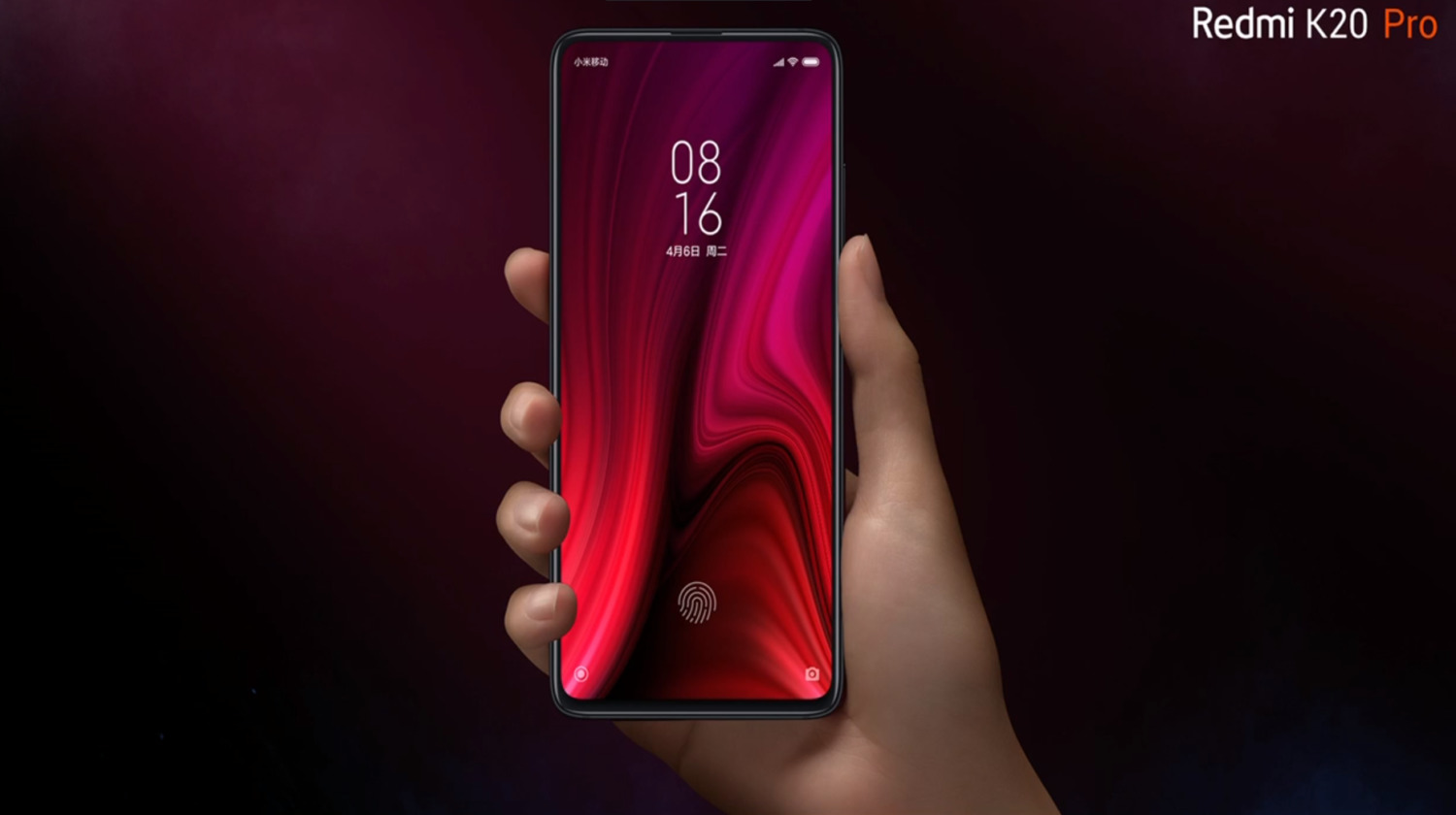 This afternoon, the new flagship Redmi K20 Pro and K20 were officially released in Beijing.

The main difference between both flagships is that K20 Pro is equipped with the Snapdragon 855 and the K20 is equipped with the Snapdragon 730. The former supports 27W fast charge, the latter supports 18W fast charge. The former has a 48MP (IMX586) primary camera, the latter has a 48MP primary camera (IMX582). 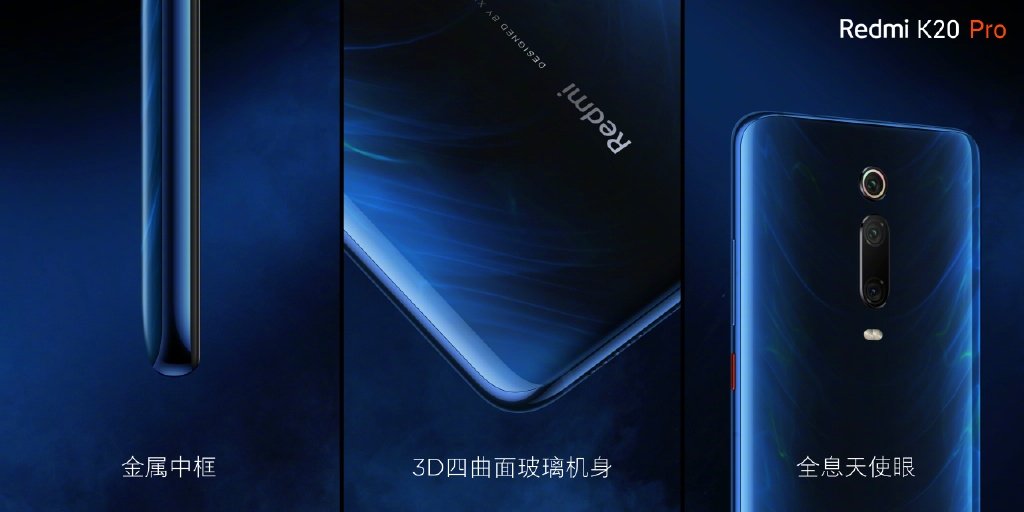 In terms of design, K20 Pro adopts a 3D four-curved glass body and provides three colors options: fame red, glacier blue and carbon black, and weighs only 191g. On the front, we have the 6.39-inch polar boundary AMOLED full screen with a screen ratio of 91.9%. The frame is extremely narrow, 2.1mm to be specific. Eye protection mode 2.0, Germany VDE low blue eye protection certification, hardware DC dimming, seventh generation in-screen fingerprint are some of the highlights of the display. We also have a front motorized lifting camera, which rises smoothly in 0.8 seconds, covered with sapphire lens cover, 300,000 times lifting life. This is also Redmi’s first attempt at using a motorized camera.

Concerning the specifications, Redmi K20 Pro features the Snapdragon 855 processor, with the highest AnTuTu score of 388,803 points, till date. Dedicated for gaming as well, there’s a built-in layer of graphite three-dimensional cooling, which increases the cooling capacity by 650% while supporting Game Turbo 2.0, ultra-sensitive touch.

In addition, the Redmi K20 Pro is the first NFC-equipped smartphone in the Redmi series. There’s a built-in 4000mAh large-capacity battery, supporting 27W fast charge, which charges 68% of the battery within half an hour. In addition, the Type-C interface is provided and the 3.5mm headphone jack is retained to support HIFI sound quality and dual-frequency GPS.

Everything is the same in the K20 as in K20 Pro instead of the SoC which Snapdragon 730 and the camera.

Redmi K20 is priced as follows: 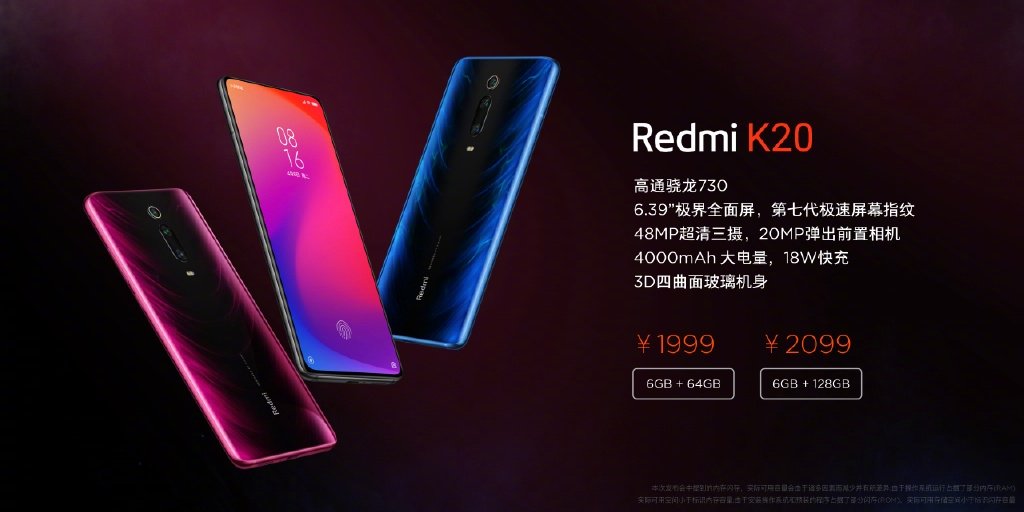 Meanwhile, Redmi K20 Pro has a higher price tag which is: 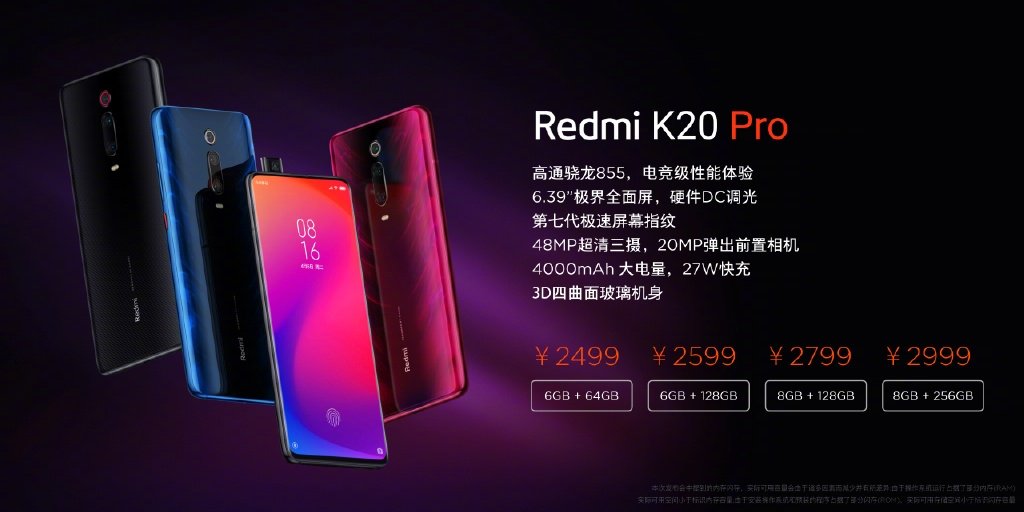 The registration for the flagship starts tonight at 6 o’clock. Whereas, the sale will start from June 1 at 10 o’clock, on Xiaomi official website, in China. For those who have already participated in cash, the booking will get the first wholesale units on June 1. As for global availability, Aliexpress is already selling the Pro version (6GB+64GB) for $459.99. Here’s the link.