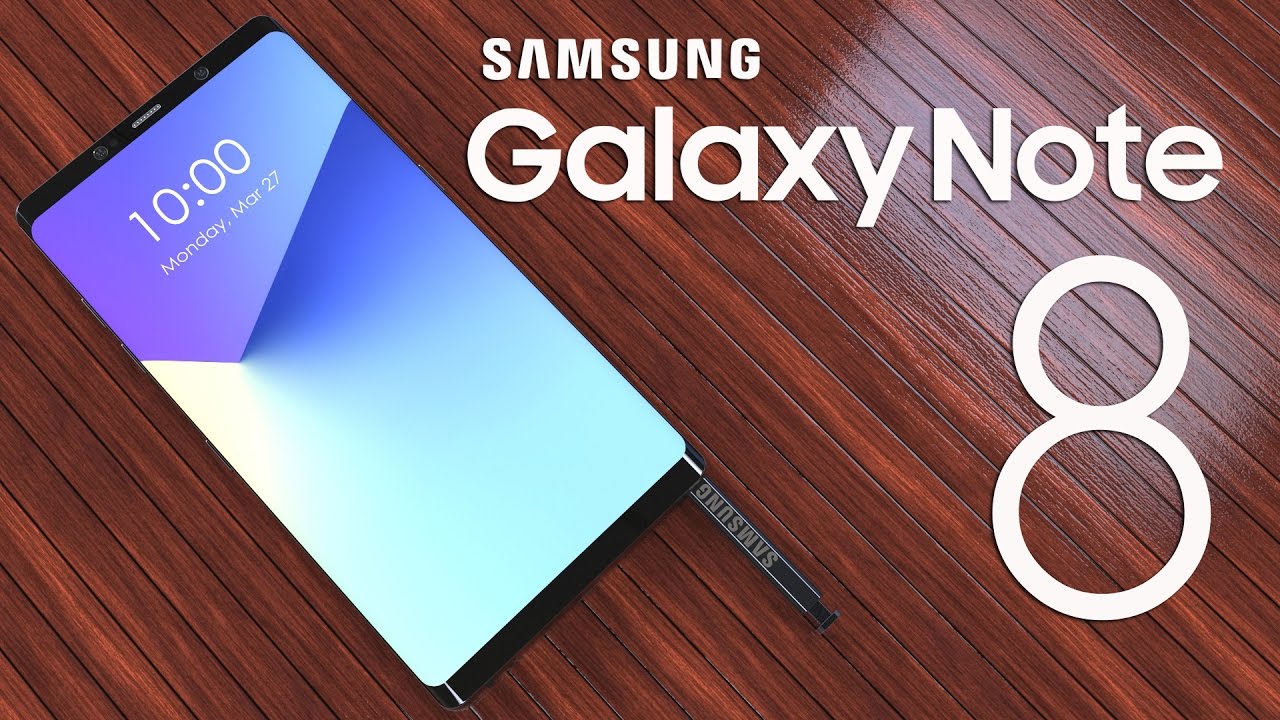 This month Samsung will arrange a conference in New York, USA, which will be the release stage for Samsung Galaxy Note 8. Hopefully:

Today, the flagship paid a visit to Geekbench and revealed the benchmark along with a few specs. The Note 8 appeared with the model name ‘SM-N950F’. The phone nicely scored 1984 points in the single-core performance and 6116 points multi-core performance. 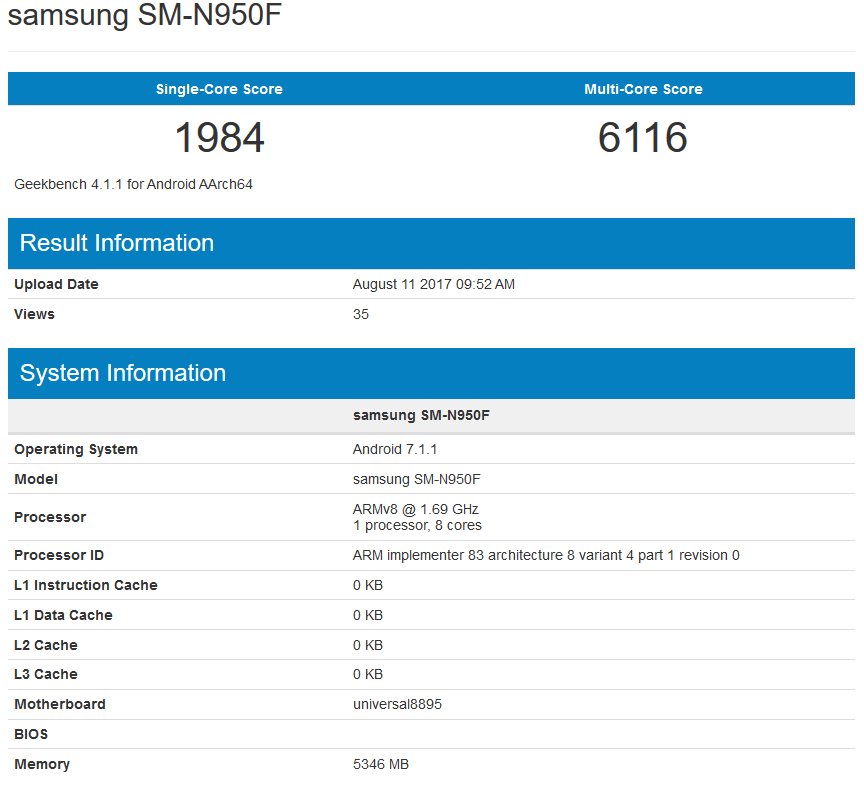 The ARM V8 Octa-Core processor with a frequency of 1.69 GHz shows that the SoC is Exynos 8895. Moreover, the slightly lower benchmark than Snapdragon 835 and the motherboard name ‘universal8895′ also confirms its presence. In addition to the SoC, Samsung Note 8 features 6 gigs of RAM (5346 MB shown in Geekbench).

Furthermore, according to the rumors, Galaxy Note 8 will be much slender and integrate a large 6.3-inch 2960 × 1440 Full-screen (Infinity) Display.

What more will the Samsung Galaxy Note 8 bring along with its release? The surprises will definitely leak with the passage of time. Stay tuned!